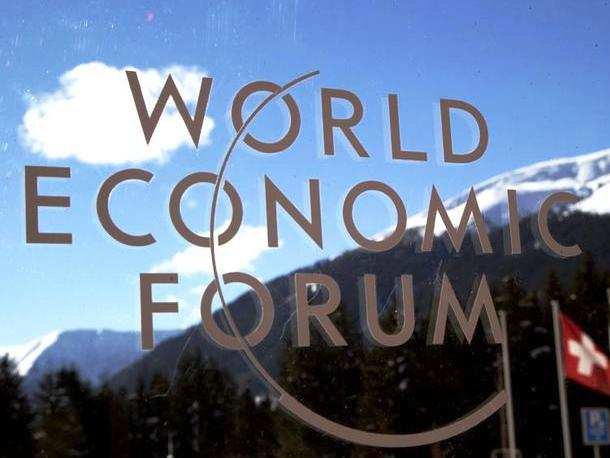 The difference between the ’s last meeting held early in 2013 and the one that concluded recently in the frosty-and-freezing () is that the world is now getting closer to the major political changes about to take place. While the US is inching closer to its , India is already staring at the , to be held in 2014. Interestingly, when the Indians exercise their franchise by or before mid-2014, the country’s growth may gain a different significance. If sweeping changes take place, replacing the current set of parties running the , the approach to the country's may very well be different.

India’s growth trajectory has followed a definite pattern so far, at least over the past decade or so. Achieving 8-10% growth (India faced some difficult times with the economy plunging to as low as 5% in the last fiscal) would be quite a task for the country, but it is essential to get out of the current rut. But in spite of that, the country has been investing heavily in infrastructure and , using technology to reduce poverty, enhance and provide support for and new knowledge-based programmes.
Pitted to be one of the most vibrant economies of the world in the near future, India does hold a lot of promises for the rest of the world. And when the country took part in the World Economic Forum this year, it did so with a renewed purpose. The WEF meet in 2014 revolved around the theme ‘Reshaping of the world: Consequences for society, politics, and business,’ converging with the changes occurring world over. Advertisement
Despite the ‘bearish analysis’ of its growth prospects, India could clearly foresee the future when it joined the summit. Moreover, even though it is an emerging economy with no extra benefits being doled out, what India is doing is way too brave on many fronts.
The country of contradictions is now looking at ‘inclusive’ growth where equal opportunities are being created in the market for new and old players; recent business concepts, coupled with age-old wisdom, are being introduced and a favourable atmosphere is being developed for players to showcase their skills on a level playing ground. While India sets out to do all these, as presented at the World Economic Forum, the challenge is to hold up the growth rate in spite of the . An emerging market like India, which has not turned into the manufacturing hub of the world yet (like China), faces a huge challenge after declining from the richest countries and holding out a ‘no aid, only trade’ card to them. Add to this its expensive space programmes and the aid it provides to smaller and poorer countries, in the form of loans.

The challenge to any economy is to stay resilient to market changes. In that sense, India has been a more-than-credible economy. While the scale of power tips in favour of some economies, as predicted at the World Economic Forum, India will still be the cynosure of all eyes. The country is sure to wield a lot of power in areas such as political decision making when it comes to a larger perspective.
Advertisement

Coincidentally, this year’s World Economic Forum focused on interconnectedness of technology in people’s life. Whether it is the smallest gadget that has revolutionised the communication industry such as a cell phone, or the massive space missions that countries have been undertaking to find life on Mars – all of these have had a major impact on the progress of India.

Experts also noted that an emerging economy such as India, which is the uncrowned king of Information Technology across the world, worked consistently to bring technology closer to the masses to make them more self-reliant and also created new fields of applications to leverage its newfound knowledge in the IT sector. This ‘interconnectedness’ is what has been driving the consumption of technology in rural areas as well, apart from creating the biggest chunk of middle-class people. Industry pundits have predicted that the country will have the biggest middle-class population by 2050 or even before that, thereby providing opportunities to global brand leaders to consider this as an opportunity to expand their markets and find new consumers.
When India talks of ‘inclusive’ growth, it is not done in a patronising manner. The country has made a major shift in its stand towards tackling poverty. Consequently, it is not only chalking out ‘welfare’ schemes to help its poor, but also creating self-sustainable programmes to help people become active stakeholders in the country’s progress. This has resulted into and brought in sustained results. Advertisement
At Davos, when India renewed its commitment to post positive growth year after year through its experts, academicians and pundits, it actually reshaped its future. India is determined to deliver on its promises and that is bound to propel it towards the top.
Image: Indiatimes

Next StoryHere's Who Feels The Most Secure In Their Job
Popular on BI
1
Airtel’s Africa unit is now a nearly-billion dollar business where every user pays 40% more than the one in India
2
Devastating pictures from Uttarakhand forest fires over last four days⁠— forests burn as North India becomes the world’s warmest region
3
Cognizant is reportedly planning to sack 400 in senior management — severance pay reduced to three months
Latest Stories
Trending News
Here's Who Feels The Most Secure In Their Job
Everybody's Asking What The Fed Will Do Next After That Bad Jobs Report
Here's What Traders Are Talking About As They Wait For Today's Jobs Report
COVID-19IndiaCases: 151,767Deaths: 4,337Recovered: 64,426
COVID-19WorldCases: 5.41mnDeaths: 344kRecovered: 2.29mn
COVID-19USACases: 1.62mnDeaths: 97kRecovered: 385k
COVID-19Access our Live Coverage
Popular Categories
Trending Right Now
More from our Partners