What is it like to start a company with your best friend, according to startup co-founders 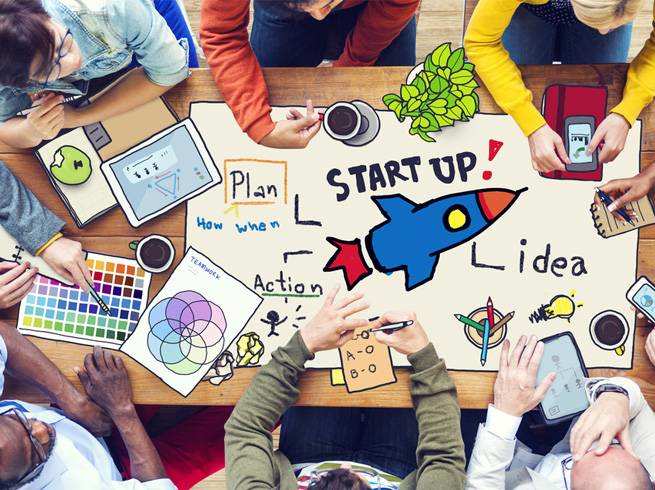 Imagine starting your own company with the person you’ve been friends with since college. How cool would that be, right? Both of you will chart your own success on your own terms and most importantly, with a person you wouldn’t trade for the world. Plus, you also get to be your own boss. And, who wouldn’t want that, right?

But, like they say- there’s two sides to a coin, which also means that as fun going into business with your friend is going to be, there’s also going to be a few obstacles.

It all depends on how you handle the situation and if at all the decision of starting a company with your friend is really a good idea. Advertisement
To help you decide, we talked to a few startup who went from being friends to business partners. Here’s what they have to say-

Advertisement
“We were batch mates at IIT Delhi. While Samir was pursuing B.Tech in Physics, Chinmay was an Electrical Engineering student there. The duo worked together in club at IIT, and that is how they got introduced to each other and became friends.

Samir was always passionate towards entrepreneurship and wanted to start his own venture. Chinmay seemed to be a perfect partner and they launched together Click Labs in 2011 and eventually moved on to in 2014.”

-Samir Singla and Chinmay Agarwal, co-founders of Jugnoo.
Advertisement “IIT Delhi is where we met and spent four amazing years. After graduation, Avinash was working with Zomato while Mayank was at Sclumberger. When the idea for Giveter struck him, Avinash was the first one I approached. It took some convincing but eventually Avinash saw potential in the idea and we started our journey as entrepreneurs. Soon after, we started and haven't looked back ever. Working together has definitely strengthened our friendship; we understand each other’s perspectives a lot better.”


On the advantage of being in business with your friend: Advertisement “Working with a like-minded person, who is also your best friend is a very big advantage for business because it ensures a few things, by default. There is no communication gap, as the thought process is aligned to a great level and also the trust they both of you will enjoy due to your bond will be unparalleled.”

-Sameer Khanna and Arun Bhati, co-founders of Orahi, who’ve been working together for the past eight years. Advertisement
“The biggest advantage of starting a company with your friend would definitely be the fact that you know a person’s personality in and out. This leads to a much better understanding on the professional front too as you are already aware of each other’s strength and weaknesses. The communication becomes much easier and when you think along similar lines, you can collectively work towards your company’s overall growth.

Advertisement On the disadvantage of being in business with your friend:

“Coming to the disadvantage, we are almost family, and while working with a family member you can't always be direct with a lot of things. If we disagree on something, we would rather discuss it amongst ourselves first and reach a consensus than putting it out in front of the whole team, so that takes a fair bit of time.”

-Avinash Saxena and Mayank Bhagandia, co-founders of Roposo
Advertisement
Advice to budding entrepreneurs who are looking to start a company with their friend:

“Friendship should not be the sole criteria for starting a venture together. You can’t be good co-workers with all your friends. There is a lot of difference between hanging out together and working together under pressure. Thus, your qualities should be complementary to each other, so that both of you add value to make your business, a success.”

- Samir Singla and Chinmay Agarwal, co-founders of Jugnoo Advertisement
“What we have learned through our experience is to have a clear vision of each persons role in the company with proper division of the core responsibilities. Don't jump into a startup just because you're friends, having an execution plan is more important. In the end, you always work better with a friend because you have that bond and common understanding, which is very important to lead a team.”