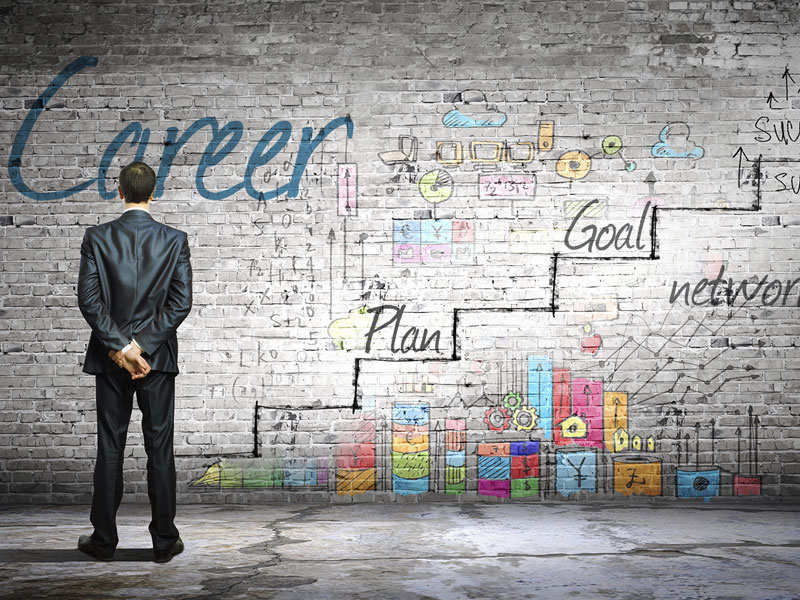 I recently came across an intriguing piece of research discussed in the book Thinking, fast and slow written by Daniel Kahneman (BTW the book is a masterclass in behavior analysis).

A large-scale study of the impact of collected data from about 12,000 people who had started their higher education in elite schools in 1976.

When they were 17 or 18, the participants had filled out a questionnaire in which they rated the goal of &ldquo;being very well-off financially&rdquo; on a 4-point scale ranging from &ldquo;not important&rdquo; to &ldquo;essential&rdquo;. The questionnaire they completed twenty years later included measures of their income in 1995, as well as a global measure of life satisfaction.

Advertisement
A whole 19 years after they stated their , many of the people who wanted a had achieved it.

Among the 597 physicians and other medical professionals in the sample, for example, each additional point on the money-importance scale was associated with an increment of over $14,000 of job income in 1995 dollars.

Nonworking married women were also likely to have satisfied their financial ambitions. Each point on the scale translated into more than $12,000 of added household income for these women, evidently through the earnings of their spouse.

Advertisement
Evidently, goals offer a great deal more than a mere climax for our ambitions. Goals have the power to create reality, or as the Buddha said :

&ldquo;What we think, we become&rdquo;

The aforementioned research also threw some light on why goals make us work harder to achieve our objectives.

Advertisement
In the sample study, the effect of income on life satisfaction was larger for those who had listed being well-off financially as an essential goal : 0.57 on a 5-point scale. The corresponding difference for those who had indicated that money was not important was only 0.12.

We end up deriving greater happiness from the same outcomes if they are aligned with our goals.

It shouldn&rsquo;t come as a surprise then that ambition and the desire to achieve extraordinary goals are amongst the most desirable qualities Venture Capitalists (VCs) look for in entrepreneurs.

However, ambition is also one of the most difficult qualities to assess, especially when certain pretentious actions and behaviors are thrown into the mix.

Advertisement
In a comprehensive study of 21 Finnish technology companies, conducted by Arto Wallin, Kaisa Still and Katja Henttonen, the trio found an elegant correlation between an entrepreneur&rsquo;s ambition and how (s)he articulated the firm&rsquo;s aspirations and growth plans. 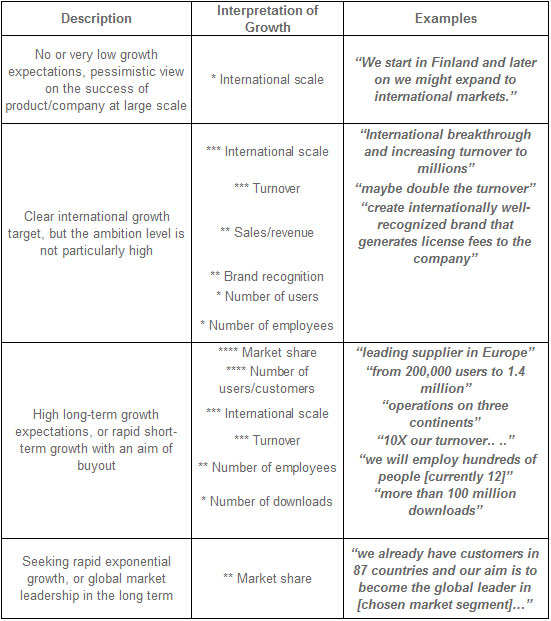 Since goals tend to become reality, a startup&rsquo;s future can be predicted (with relatively more favourable odds) based on the scope of its goals.

Advertisement
But then, it would be preposterous to suggest that most certain entrepreneurs are not ambitious enough to be crazily hungry for success.

The distinction that needs to be made though is that different entrepreneurs define &lsquo;success&rsquo; differently, either overtly, or in more subtle ways.

Advertisement
An entrepreneur who defines success as the act of raising external funding would derive much greater happiness (Economists call this &ldquo;utility&rdquo;) from a successful fund-raise than anything else.

An entrepreneur who defines success as achieving profitability would likely be quite satisfied when said goal is accomplished because the marginal utility of incremental effort might not be worth the trouble.

A great case study in how the best entrepreneurs use goals to define their companies is Jeff Bezos&rsquo; 1997 letter to Amazon&rsquo;s shareholders. The fact that Amazon continues to attach this letter with every annual shareholder letter bears testament to the hallowed position the company&rsquo;s goals occupy.

Advertisement
The following extract from the 2001 annual letter in particular is very revealing :

&ldquo;In every annual letter (including this one), we attach a copy of our original 1997 letter to shareholders to help investors decide if Amazon.com is the right kind of investment for them, and to help us determine if we have remained true to our original goals and values. I think we have.&rdquo;

Nearly two decades since the 1997 letter, I think we can all emphatically say based on how things have gone with Amazon :

Speaking of entrepreneurs and their goals, had a pretty elaborate &lsquo;Secret Master Plan&rsquo; for Tesla Motors back in 2006 which he neatly summarized as :

Advertisement
Use that money to build an affordable car

Use that money to build an even more affordable car

Advertisement
Don&rsquo;t tell anyone. (Sure !)

With the early reception to the Tesla Model 3 and the Tesla-SolarCity merger, the master plan seems to have been executed to prophetic levels of perfection.

The obvious follow-up was the Master Plan, Part Deux, which, in short, is :

Advertisement
Enable your car to make money for you when you aren&rsquo;t using it 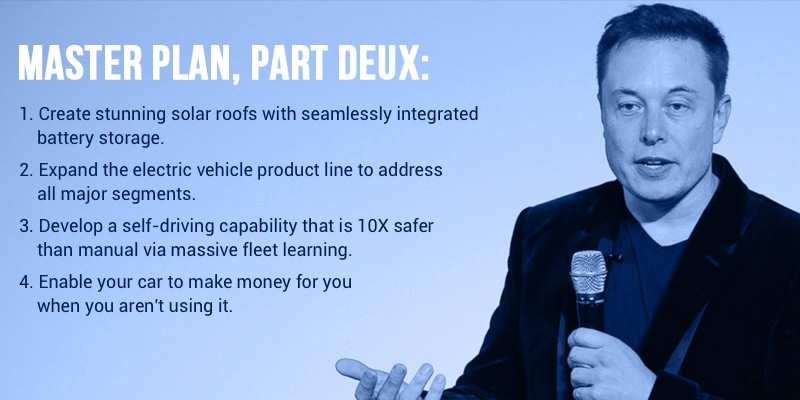 Jeff Bezos and Elon Musk have now set their sights on seeing millions of humans across outer space.

Hopefully we will all be working on our own set of ambitious goals while enjoying the new neighbourhood.

Next StoryThe curious case of the Millennial Man
Popular on BI
1
Janet Yellen's proposal for a capital gains tax in US may push global money towards markets like India
2
India's richest family is planning to build the world's largest zoo, and the 280-acre project has already sparked a protest by animal activists
3
Mukesh Ambani says he will make batteries ahead of a boom in electric vehicles⁠
Latest Stories
Trending News
Buying Guides
The curious case of the Millennial Man
17 lesser known colleges in the world which are breathtakingly beautiful
Get ready to pay 15% tax everytime you’re downloading movies and TV shows from foreign sites
Popular Categories
Trending Right Now
More from our Partners