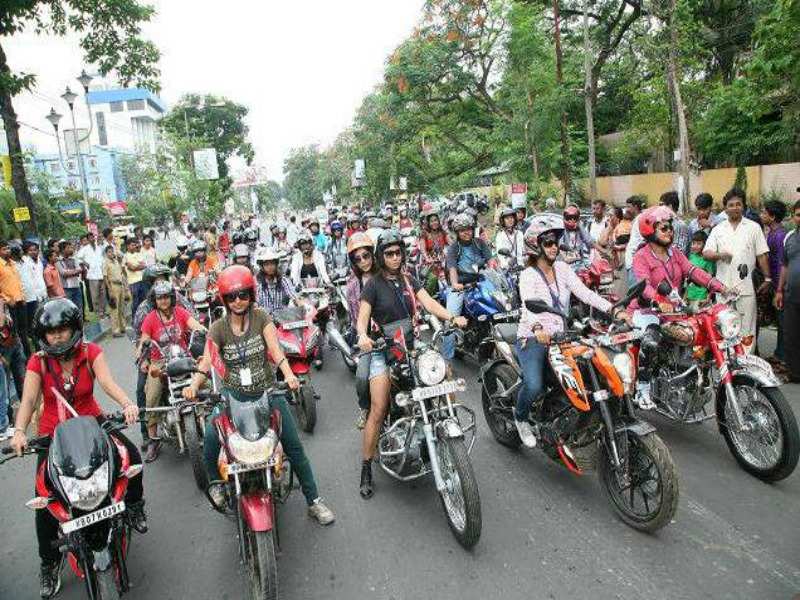 The breed of women bikers is growing and how. Wearing leather jackets and putting on helmets, they are zipping from one place to another.
Advertisement
Be it Harley-Davidson or Ducati, they are experiencing thrills on the mean machines.

Take the example of 33-year-old Maral Yazarloo who zooms around Pune highways on her Harley-Davidson Night Rod. Iranian fashion designer, Yazarloo told Economic Times how passionate she is for superbikes and recently she bought Ducati.

"A friend challenged me to ride a Bullet. I took up the challenge. After understanding from him theoretically how I could ride, I rode comfortably and came back," she told ET.

"Bikes have always been related to manliness because in order to ride a bike, you need power, concentration and confidence. A girl is never related to power in Indian society," Vanashri Mirajkar, an entrepreneur who owns a 750 cc Harley-Davidson, told the financial daily.

For 42-year-old Delhi-based Seema Dora, who is a lawyer by profession, riding meant freedom.
Advertisement

Dora tasted her passion when she was eight months pregnant and an accident that resulted in two broken ribs did not deter her from riding her favourite FZ1 Yamaha.

While riding for some women is passion and freedom, for Mumbai-based Sunita Mande, riding her Harley -Davidson is way to get 'me time'.

However, some still feel that men riders have not fully accepted women in the bastion and look down on them.

"Stopping at a signal is the most difficult part of riding. When we stop at the signal, they often pass comments," Mande told ET.
Advertisement

"India is catching up with the rest of the world. We are seeing women from west and south India buying superbikes," Vimal Sumbly, managing director at Triumph Motorcycles, told ET.

Triumph Motorcycles started its operations in India around 20 months ago and has sold 20 superbikes to women customers.

"We expect the number of 'lady bikers' in India to rise fast. We see a lot of interest among bike enthusiasts, including women, in this country for our brand," Pierfrancesco Scalzo, Ducati Asia General Manager, Sales and Marketing told the financial daily.

(Image: Indiatimes)
Advertisement
NewsletterSIMPLY PUT - where we join the dots to inform and inspire you. Sign up for a weekly brief collating many news items into one untangled thought delivered straight to your mailbox.
CAPTCHA: