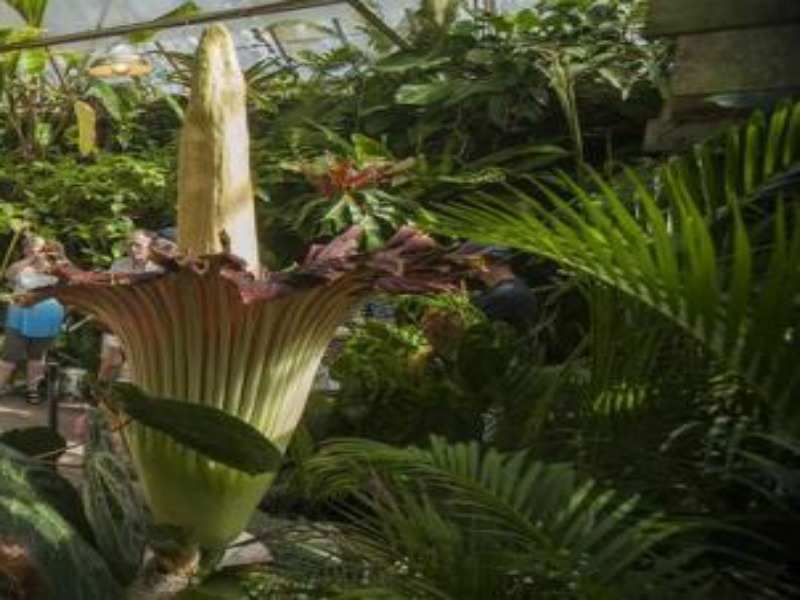 Visitors are thronging Gurukula Botanical Sanctuary in north Wayanad in Kerala to get a glimpse of . Yes, it is world’s largest flower that bloomed in Kerala after nine years.
Advertisement

It is called ‘corpse flower’ as it has a strong stench, something of a rotten flesh and is two-metre long. The flower will last for just 48 hours before it collapses in on itself.

The Gurukula Botanical Sanctuary has been growing the Corpse Flower, or Amorphophallus Titanum or Titan arum, the largest unbranched inflorescence in the world, for nine years.

Conservationist of the sanctuary Suma Keloth said the plant, which is native to Indonesia’s Sumatra region, cannot self-pollinate and its stench attracts sweat bees and carrion beetles that live on animal carcasses.

Advertisement
The corpse flower bloomed in 2011 in Switzerland after 75 years. Till 2011, there had been only 134 recorded blooms from artificial cultivation, worldwide.