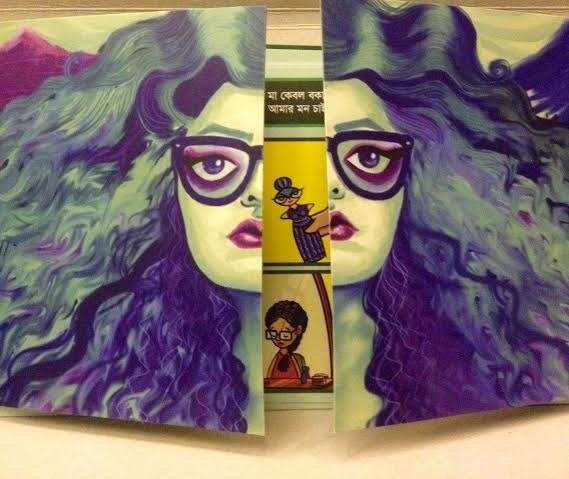 Bangladesh made headlines today for getting its first . The character, a bespectacled, curly-haired , has been created by Boys of Bangladesh, the country’s largest gay rights group, to create awareness about the community.

According to the creators, they purpose behind giving Dhee life is so that her story can deal with challenges faced by a young lesbian in a traditional setting right from growing up till discovering her sexuality, along with addressing the biased treatment meted out to homosexuals in the society.

While this is indeed a great leap for an orthodox country such as Bangladesh, where homosexuality is not only illegal but is also punishable with a fine and a maximum of life imprisonment, Dhee is however not the only lesbian comic character around.

We at Business Insider did some digging and present to you two lesbian comic characters you should definitely know of:

Why you should read it: Besides the comic being one of the strongest in DC’s Batman family comics, it also boasts of good writing and the art is to be admired!

2. Hopey and Maggie in Love and Rockets
A comic book series by the Hernanzdez brothers, Love and Rockets was one of the first comic series to make its presence felt in the alternative comic books movement of 1980s. Another fascinating bit of this series is that the three Hernandez brothers would produce their stories independently of each other. Thus, the story locas produced by Jaime featured the Latin- American friends and sometime lovers Hopey and Maggie.

Why you should read it: The storyline of Locas focuses on a social group in Los Angeles, and beautifully illustrates their shifting sexuality over the years, making them so much more relatable. Over a span of 30 years, these characters, age, change and become lifelong friends.