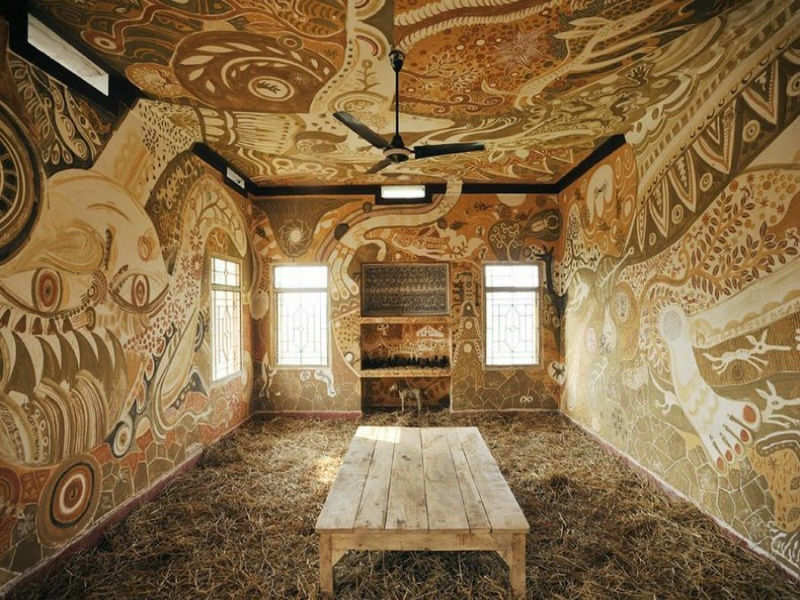 The Niranjana Public Welfare School located in the remote Sujata village located in Bihar bears witness to the Wall Art festival every year where artists from India and Japan spend three weeks in the village coming up with art using the walls of the school building acts as their canvas.

According to the website Patna Beats, it all started way back in 2006 after about fifty students from the Tokyo Gakugei University donated the money they made from their part-time to an NGO in India with the aim of constructing a new school building for the Niranjana Public Welfare School in .

The school itself was established as a response to the poor education system in the region and it kept growing thanks to oversees donations and the hard work of teachers. By 2010, the school had enrolled around 400 students studying from nursery to class 7.

The school administration realised the importance of providing their support and thus came up with the idea of conducting an annual art festival.

Advertisement
Yusuke Asai is one of the Japanese artists who participated in the festival three years in a row. Getting his dose of inspiration from the traditional Indian wall paintings, Asai filled the walls and ceiling of a classroom with made using mud.