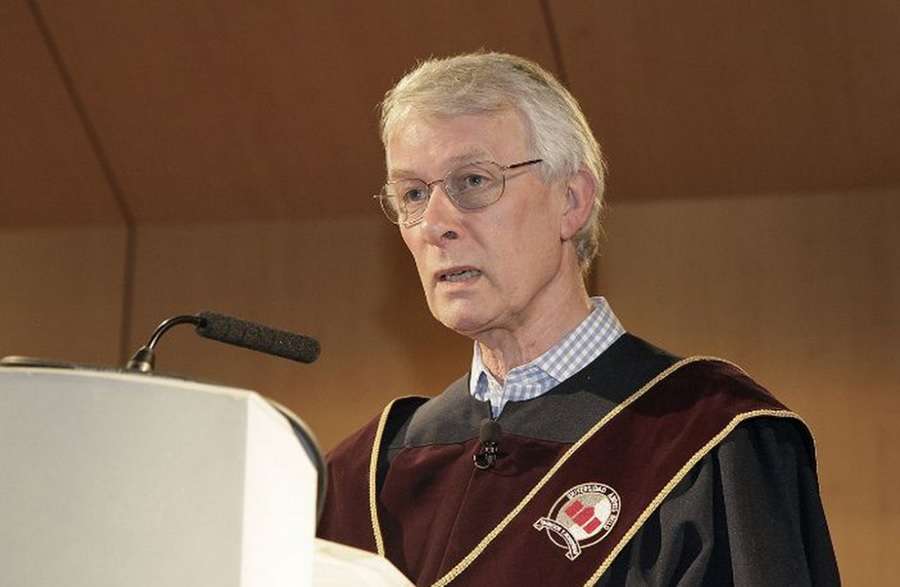 Nobel Laureate Sir presented 'The Path to The " during his lecture to Amity students today, and a trip down his memory lane left the students inspired by his overwhelming achievements.

He was awarded the 1993 or Medicine for the discovery of introns in eukaryotic DNA and the mechanism of gene-splicing.

Born in 1943 in Derby, England, his father was a motor mechanic and mother a homemaker.

Advertisement
Sir Richard J Roberts wanted to be a detective at first, in in his first-hand account on the Nobel Prize online portal, he says - " At this time I wanted to be a detective, where it seemed they paid you to solve puzzles. This changed quickly when I received a chemistry set as a present. I soon exhausted the experiments that came with the set and started reading about less mundane ones. More interesting apparatus like Bunsen burners, retorts, flasks and beakers were purchased. My father, ever supportive of my endeavors, arranged for the construction of a large chemistry cabinet complete with a formica top, drawers, cupboards and shelves. This was to be my pride and joy for many years. Through my father, I met a local pharmacist who became a source of chemicals that were not in the toy stores. I soon discovered fireworks and other concoctions. Luckily, I survived those years with no serious injuries or burns. I knew I had to be a chemist."

Here started his journey of explorations and discoveries. The presentation he delivered at Amity today perfectly sums up his life and achievements that led him to the Nobel Prize, take a look: The path to the nobel prize
NewsletterSIMPLY PUT - where we join the dots to inform and inspire you. Sign up for a weekly brief collating many news items into one untangled thought delivered straight to your mailbox.
CAPTCHA: