Amanda Perelli,Dan Whateley
Business Insider spoke to influencers across social media to learn how they're adjusting content and revenue strategies...

Many influencers are still earning revenue this year despite a sharp downturn in sponsored post deals from brands.

Some have adjusted the types of content they make to account for new consumer taste during the coronavirus pandemic. Audiences on social aren't searching for the same content as before, but they are still active, growing quickly, and hungry for information that's relevant to life at home.

Travel influencer Christina Vidal, who has 85,000 followers, began to notice her readership dip in mid-March, she told Business Insider. To bring back her audience, Vidal has been leaning into other content verticals like food and lifestyle. She studied Google search results to identify what topics were trending and has customized her posts to increase their likelihood of showing up in those searches.

Alongside shifting content, creators have also had to change up their business models and move away from ad-supported revenue streams as brands cut marketing budgets. Sponsored posts fell from representing 35% of influencer posts in mid-February to 4% of creator content in mid-April, according to a report from the marketing-analytics firm Launchmetrics.

While sponsored content has long been a predictable (and essential) source of income for digital creators, the industry offers a variety of other revenue streams like merchandise, direct-to-consumer products, and content production deals that creators are leaning into.

The biggest factor propping up the influencer industry in recent weeks is a spike in consumer demand for social content, which is stronger than ever.

just broke a record for the most app downloads in a single quarter and Instagram influencers have reported a large bump in user engagement on the app's Stories and Live features, following a broader trend toward more live content consumption on platforms like Twitch and Facebook. Google reported a year-over-year spike in viewership during its first-quarter earnings call. For our full analysis on why the coronavirus won't destroy creators, read:

The influencer economy hasn't been destroyed by the advertising meltdown, as creators make money from merch, subscriptions, and even personalized shout-outs

The creator economy has grown well beyond its sponsored post roots

Direct ad revenue from YouTube and sponsored content can prove unreliable, so many influencers are getting smart about finding ways to diversify.

Some influencers have larger business ventures, like YouTube creator Preston Arsement, who is also the CEO of the digital-media studio TBNR, which Forbes estimated earned $14 million before taxes from June 2018 to June 2019. Others sell consumer products like makeup, merchandise, or books that have the potential to become New York Times bestsellers.

Some of the new ways creators have been turning their followers into paying customers (especially while social distancing) are by sending personalized video messages to fans through the app Cameo or by creating a subscription-based membership program through Patreon.

"For the first time in history, every athlete, actor, creator, comedian, and musician is suddenly sitting on the couch," Cameo CEO Steven Galanis said. "Their events are being canceled and all that revenue and fan interaction that they get is just suddenly gone. Talent are coming on and giving it a try because suddenly they aren't busy or making as much money as before." We broke down all of the main ways creators are making money without ads. Read how services like Patreon and influencer-led products like branded merchandise are helping creators here:

Many influencers, like Vidal, who primarily work in the travel category, said they have had to drastically change their businesses.

To stay afloat financially, she decided to pivot and focus on what her audience would be more interested in right now, like easy recipes and a quarantine gift-giving guide. "I focus on luxury travel, and that is definitely not what people were thinking about in mid-to-late March and in all of April," she told Business Insider. "I immediately was like, 'OK, if people aren't reading about travel, I need to write about other things.'"

Vidal is not alone in having to make changes to her content in recent weeks.

Business Insider spoke with several travel influencers on which strategies they were focusing on to continue to earn revenue and build up readership, more here: 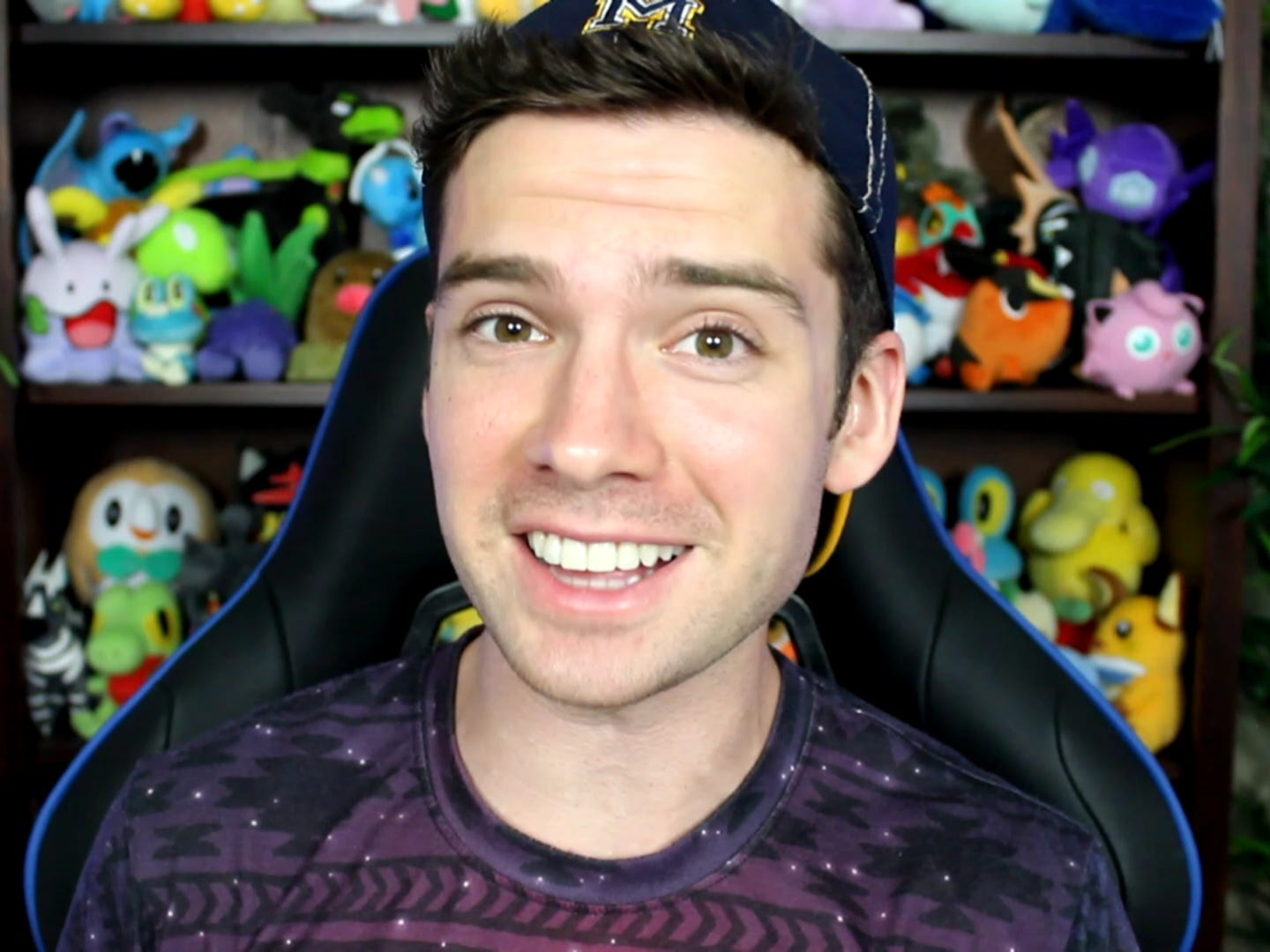 For some YouTube creators, merchandise sales have made up for a loss in ad revenue

YouTube creator Michael Groth, who has 1 million subscribers, told Business Insider that the average rate YouTube paid him began dropping sharply at the end of March.

Creators like Groth can earn money in a number of ways, including direct-to-consumer sales and brand sponsorships. But for many, direct YouTube revenue makes up a big chunk of their income. "I've known for a while that YouTube AdSense can do crazy stuff like this," Groth said. "I've made efforts to diversify over the years. My diversification has never surpassed my YouTube AdSense earnings because my AdSense earnings have been pretty healthy, but that may change now."

Business Insider spoke to YouTubers on how their average rates have changed and how they are adapting their digital businesses. Here's what they said:

Arsement said he had switched his focus to gaming content he could easily film from home and had been leaning into direct sales from his merchandise business.

He said his CPM rate had dropped by over 50% since the coronavirus outbreak began, but merchandise sales had made up for that loss in revenue by nearly tripling. Arsement has been selling T-shirts, hoodies, and other branded accessories to make up for lost revenue. He also launched a new channel. Check out what he did to capitalize on the increased YouTube viewership here:

How a YouTube star making an estimated $14 million per year has adapted his business in recent weeks, as ad rates drop by over 50% but merch sales nearly triple

As production companies shut down photo and video shoots in order to adhere to social-distancing measures, some marketers have been turning to influencers for their content creation skills.

Many influencers have worked from home for years and are already equipped with the production gear necessary to create commercial content for brands.

"For the first time, big brands aren't able to make those big budget television ads," said Karyn Spencer, the senior vice president of partnerships at Whalar, an influencer-marketing agency. "You don't need that full-blown production anymore. YouTubers taught us that."

Digital creators can prove to be cheaper than production companies, with some charging half the price to produce professional photos and videos for brands. To learn more about the types of production gigs that creators are being hired for, read the full story here:

As interest in live video has spiked among at-home consumers in recent weeks, creators, marketers, and tech platforms are looking for new ways to make money from livestreaming.

Live-video marketing on social-media platforms has long been a revenue driver for Twitch gamers and other streamers who have pitched brands on their sizable recurring live audiences. But as interest in live content spreads to other social-media platforms like Instagram — which traditionally has focused on posed photos and videos — more influencers and brands have been experimenting with the format as a marketing opportunity.

"People are more apt to spend 30, 60, or 90 minutes on an influencer or branded livestream, whereas they're typically only engaging with a static photo on a feed for a couple seconds," said Ellie Jenkins, an influencer-innovation manager at Mavrck. "That long-term engagement is really powerful for brands." For more information on how much creators are charging brands to appear in livestreams, check out our full breakdown here:

Instagram influencers can earn thousands of dollars for a sponsored livestream, but they have to get risk-averse brands on board

In India, programmatic continues to be considered a huge investment along with a perceived lack of premium inventory: Vasuta Agarwal
Samarpita Banerjee
Jun 5, 2020, 12:00 IST