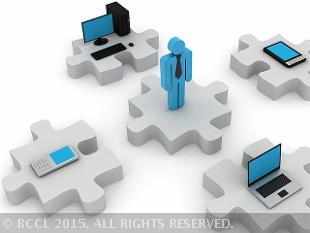 "We are very excited to have Anup on-board. His wealth of experience in building and executing the financial infrastructure in companies across complex large organisations in the country will further strengthen our leadership team," said Snapdeal co-founder and chief executive, .

This is also latest recruitment by Snapdeal from the country's telecom sector, which has, thus far, proved to be a lucrative hunting ground for the country's consumer internet companies.

In June the company named 's senior executive Anand Chandrasekaran as its chief product officer, while also naming Govind Rajan, also from Bharti Airtel, as its chief strategy officer.
Advertisement
Prior to joining Aircel, Vikal was the group CFO and head of strategy and IT at InterGlobe Enterprises, handling multiple responsibilities, including, incubating and developing new business, mergers and acquisitions and portfolio management.

He has also served as director and head of Finance Shared Services for Colt Technology for three years, as well as in Bharti Airtel, where he headed the finance division for close to seven years, according to the press release.

Vikal holds a Bachelor's degree in Engineering from NIT, Surat and a Master's degree in Business Administration from South Gujarat University.

The appointment comes at a critical time for Snapdeal, the country's largest online marketplace in terms of sellers transacting on its platform, which has evolved from being yet another e-commerce company, into one that sells products and services - ranging from bill payments to personal loans - a model that resembles that of Chinese e-commerce giant , also an investor in the online marketplace.

The company, which was co-founded by Wharton alum Kunal Bahl and IIT Delhi graduate Rohit Bansal in 2010, has, through a series of outright acquisitions and strategic investments, signalled its ambitions to create a complete e-commerce ecosystem, setting itself apart from rivals, Flipkart and Amazon.
Advertisement
"In the last few years, Snapdeal has emerged as a leader within the ecommerce and tech space and I look forward to joining the young and energetic Snapdeal family," Vikal stated in the press release.

"Ecommerce is a dynamic and interesting space to work with and my focus will be to ensure we are financially well positioned yet nimble so that we can continue to create value for our customers, sellers, investors and employees," Vikal said.