Airlines are pissing off the sectoral authority. Know why 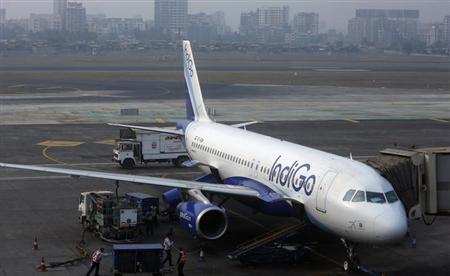 Ever since most private Indian carriers hiked their ticket cancellation charges, the Directorate General of Civil Aviation () has been receiving complaints from flyers and passenger organisations.
Advertisement

The flyers approached the DGCA to stop this fleecing by the airliners and taking note of the matter, DGCA Chief M Sathiyavathy is now studying the complaints and may come to rescue of the passengers.

"We have got several complaints on the issue of cancellation charge being hiked by airlines. We are examining them," a senior DGCA official told Economic Times.

"While ticket prices have been slashed in lean season, or to improve airline loads..., most or all carriers have raised cancellation prices by 50-100%,” Thomas Cook India Ltd's COO (corporate travel) Indiver Rastogi told ET.

Advertisement
Rastogi informed that in the last 20 months, not only have cancellation charges tripled (from Rs 750, charges are now anything between Rs 1,500 and Rs 2,250) but also many compartments were created by the airline in order to make this a revenue generating model.

"The cancellation percentage is anything between 15% and 17% of the overall transaction count, one can imagine the impact on the travel budget if a penalty of Rs 2,250 is applied on every ticket bought within three days of travel and cancelled in the same time frame," Rastogi told the financial daily.

Meanwhile, in compliance with DGCA's recent nod, airlines have offered all their seats for pre-booking at a charge and some private airlines have even put a price tag on all window, aisle and extra legroom seats, ranging from Rs 200 to Rs 600.

Now passengers, especially travelling in a group and wanting to sit together, would pay extra in advance to get desired seats or would take whatever is available while checking-in at airports.

Flyers are upset by this move as well and want the DGCA to act on this too.

Advertisement
The Air India official said passengers are not charged anything for seat selection and they can select any seat they want - window, aisle or extra legroom - at time of booking ticket.

People who cancel way in advance will be charged less now and charges have, in fact, been lowered for them. Also, we offer free seat assignment at the time of booking. Only if someone does not like the assigned seat and wants to change that, would he or she be required to pay for seat selection."