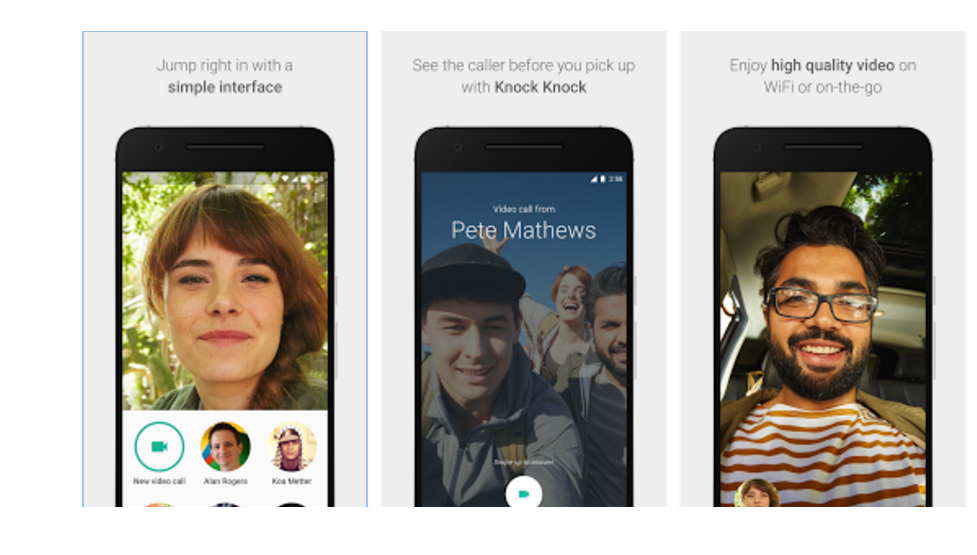 Home, Google Daydream- Google I/O 2016 was all about Virtual reality, artificial intelligence and augmented reality on the first day. Though for many, the first day was nothing special, on the second day Google made a smashing comeback with the announcement of its Daydream upgrade to Daydream and these one of its kind personal chatting apps correct grammar.
Google had Hangouts which failed to win over hearts as and crept in. But Google did not give up. Just a few weeks ago, it announced its small group sharing app . Though it was the need of the hour, it failed to become an instant hit. When consumers were going back to Facebook messenger, Google announced two more upcoming apps-Allo and .
Allo is a search integration app that is completely integrated with Google Assistant and Duo is a video messaging app that gives out live video footage from incoming calls even before the user answers.
These are the 3 apps launched by Google at I/O which are going to become the 3 biggest personal assistant apps of all time.
Advertisement 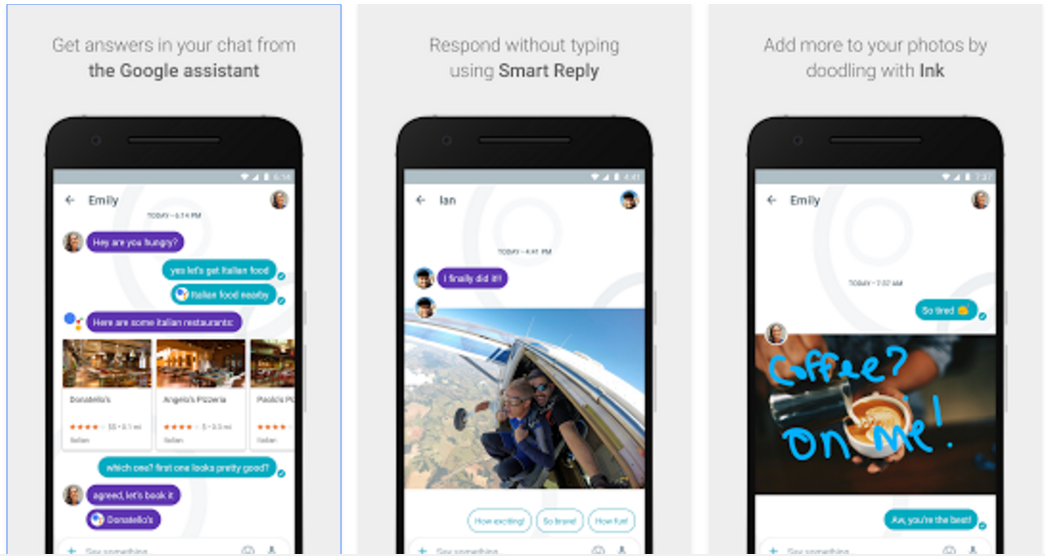 - This will get you answers, find information and get things done without you having to leave your conversation. Here are its other features as given in Google Play:

Smart Reply Respond to messages without typing a single word. Smart Reply learns over time and suggests responses in your style. It responds to text and photos to help you keep the conversation going.

Ink Get creative with the photos you send by doodling on them.
Advertisement

Whisper Shout No more typing in all caps to get your point across. Say it louder or quieter by changing the size of your text with a quick swipe.

Stickers Say what you really mean with exclusive stickers designed by independent artists and studios from around the world.

Incognito mode Chat privately with end-to-end encryption. Control how long your messages stick around with expiring chats. Use private notifications to hide your chats from shoulder surfers. Advertisement Duo- Duo is a one-to-one video calling app for everyone, designed to be simple, reliable and fun so you never miss a moment. This app is compatible on all devices.

Cross-platform Video call all your friends across and with just one simple app. 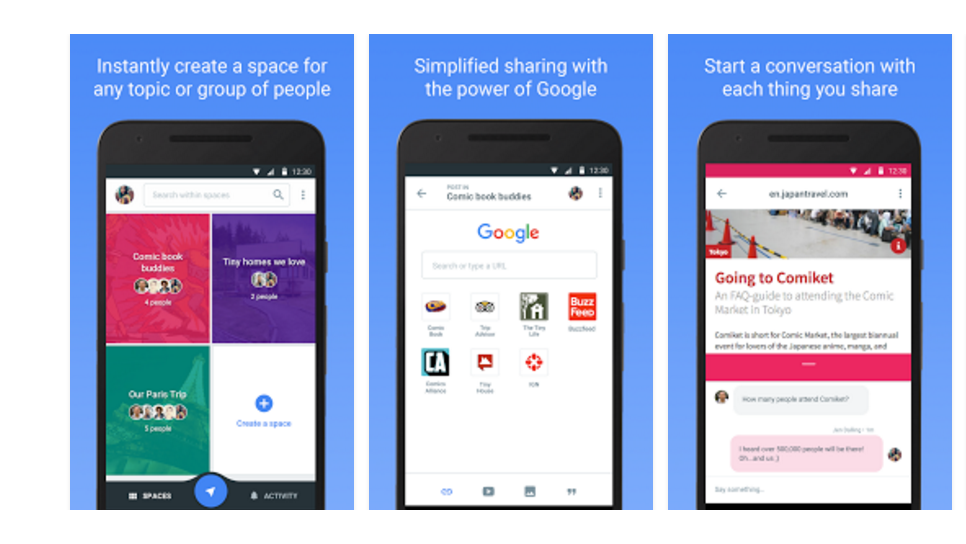 Advertisement Spaces- This is a small group sharing app where you can invite friends or family with a quick link. This is the simplest and the easiest group sharing app till date where one can create and maintain a group in just one click.
With Google Search, Chrome, YouTube, and Google Photos built in, you can find and share articles, videos, and photos from within the app. And when you need to get back to something you recently saw in one of your spaces, use the search feature to find it in a snap.