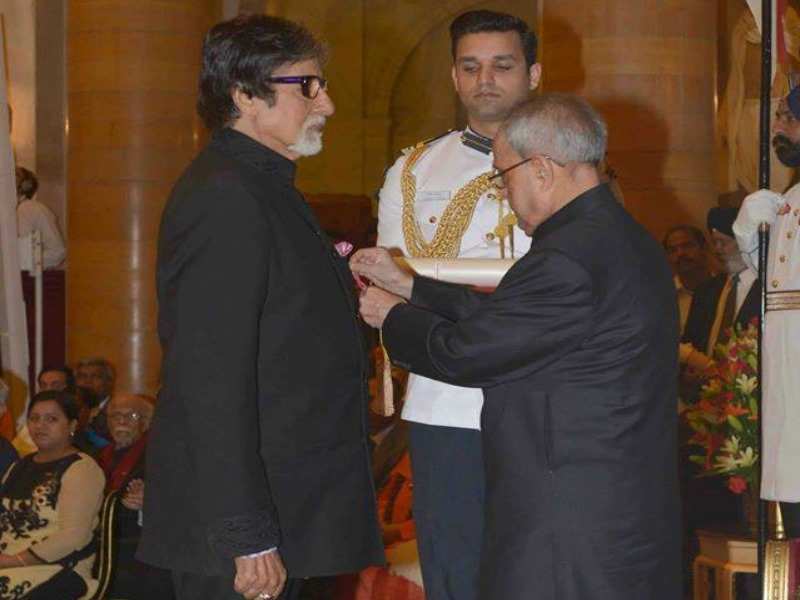 Dilip Kumar, who is unwell these days, could not attend the award ceremony but Amitabh Bachchan was there and looked dapper in a black bandgala. Even his son Abhishek Bachchan and maternal grandson Agastya Nanda were wearing black bandgala, and came across as the close-knit family that they are.

The megastar had tweeted about the ceremony a day before, after he attended the rehearsals.