73 things you must know about Amitabh Bachchan 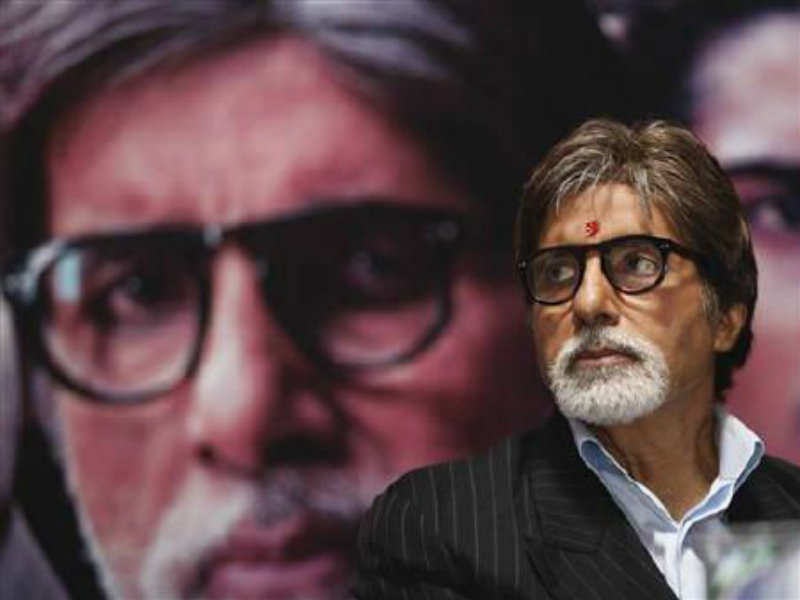 Happy Birthday to legendary Bollywood mega star Amitabh Bachchan! He turned 73 on Sunday. India brings you 73 facts about the actor who has done approximately 200 films till date and counting.
Advertisement

1. He was named Inquilaab. However, at the suggestion of fellow poet Sumitranandan Pant, Harivansh Rai changed his name to Amitabh.

2. Although his surname was Shrivastava, his father had adopted the pen name Bachchan. Big B stuck to it.

4. Every filmmaker Bachchan approached thought he was too tall to be cast in a film.

7. He was very keen to join the Indian Air Force, but couldn’t.

8. His first job was with Shaw Wallace.

9. He later worked as a freight broker for the shipping firm Bird and Co.

Advertisement
10. His first car was a second-hand Fiat.

11. He was rejected by the All India Radio after an audition test.

12. He had spent a few nights on a bench in Mumbai’s Marine Drive.

Advertisement
15. He made his acting debut with ‘Saat Hindustani’, his only black and white film.

17. Comedian Mehmood offered him to stay in his own house during his struggling days.

18. The superstar has given 12 consecutive flops before his first big hit ‘Zanjeer’.

19. ‘Zanjeer’ changed his life for good.

Advertisement
20. He chose his screen name to be Vijay for over 20 flicks.

21. He met his wife Jaya for the first time at FTII, Pune.

22. He married Jaya Bhaduri in 1973, the year when their film ‘Zanjeer’ released.

23. Their film ‘Abhimaan’ was released only a month after their marriage and became a hit.

24. Hrishikesh Mukherjee played the role of a mentor for both of them.

Advertisement
25. signed him for a film only because he got a letter of introduction from late PM Indira Gandhi.

26. During his struggling period, he was introduced to director Prakash Mehra by Kalyanji-Anandji.

27. Bachchan has also worked as a playback singer, film producer and television presenter.

Advertisement
30. Amitabh-Jaya is the only real-life couple to have starred on-screen for 30 years from ‘Ek Nazar’ to ‘Kabhi Khushi Kabhie Gham’.

31. Sholay, in which he played the role of ‘Jai’, released in 1975, becoming the highest grossing film of all time in India.

33. He was diagnosed with ‘Myasthenia gravis’ after he suffered a near fatal intestinal injury during the making of ‘Coolie’.

34. He has played more double roles than any other actor in .

Advertisement
35. He is the most-nominated actors for popular film awards.

36. His last film where actress Nirupa Roy played the role of his mother was ‘Lal Baadshah’.

37. A 15-year press ban against Bachchan was imposed during his peak acting years by Stardust.

38. Bachchan later claimed to have banned the press from entering his sets till late 1989.

Advertisement
40. ABCL was the main sponsor of the 1996 beauty pageant in Bangalore, but lost millions.

43. The Bombay HC restrained him from selling off his bungalow 'Prateeksha' in 1999 to pay off his loans.

44. He debuted in Malayalam film in 2010 directed by Major Ravi and co-starring Mohanlal.

Advertisement
45. In 2013, he made his Hollywood debut in ‘The Great Gatsby’ opposite Leonardo DiCaprio.

46. He was awarded with Padma Shri, Padma Bhushan and Padma Vibhushan for his contributions to arts.

47. The French government honoured him with its highest civilian honour Knight of the Legion of Honour.

49. He started being called Big B in late 90s after his second comeback with ‘Mrityudaata’.

Advertisement
50. Dr. Harvanshrai Bachchan had penned the song ‘Rang Barse’ for ‘Silsila’ and some lyrics for ‘Alaap’ and so is the poetry in ‘Agneepath’.

51. He is a vegetarian and a teetotaler.

52. He is the first Asian actor to have a wax model displayed at Madame Tussauds' in London.

54. He was honoured with the 'Actor of the Century' award in 2001 at an Alexandria Film Festival in Egypt.

Advertisement
55. Has been known to suffer from asthma.

57. It is said both his bungalows – Jalsa and Pratiksha - put together would be worth Rs. 160 crore.

58. He likes collecting pens. The actor has a collection of over thousand pens.

Advertisement
60. His favourite is the Lexus, which is bulletproof.

61. In 2012, Amitabh Bachchan was given the due honour to carry the Olympic torch during the last leg of its relay in London's Southwark.

64. He doesn’t like the word Bollywood, the word being used to describe the Hindi film industry.

67. The Bachchan family bought shares worth $252,000 in Meridian Tech, a consulting company in U.S.

69. Bachchan himself wrote a book in 2002: ‘Soul Curry for you and me – An Empowering Philosophy That Can Enrich Your Life’.

Advertisement
70. He allowed the use of his likeness for the comic book character Supremo in a series titled ‘The Adventures of Amitabh Bachchan’.

71. In 2014, Australian La Trobe University named a Scholarship after Bachchan.

73. Bollywood legend Amitabh Bachchan is by far the most followed Indian actor on Twitter with 17.2 million followers.