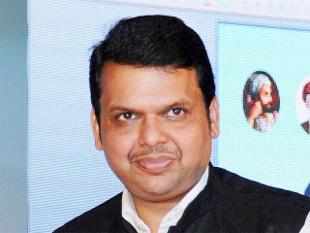 , which is the 'most malnourished' hamlet in , would soon become the first digital village in the country and the state plans to have 50 digital hamlets by the end of next year, said Chief Minister .

Addressing Microsoft's 'Future Unleashed: Accelerating India' expo here this morning, Fadnavis said, "With help from Microsoft, the first digital village is coming up at Arisal, which is the capital of malnutrition in the country."
He went on to add, "Creating one village will not suffice, have told Satya (Nadella of Microsoft) that we need to create 50 such villages by 2016." Advertisement
He further said, "Creating smart cities is creating efficiency. Unless our cities become efficient, we will be exploiting nature. We can also create smart villages."

He was addressing the largest ever consumer expo by the Redmond-based technology major Microsoft on the occasion of 25th anniversary of its operations in the country in a dialogue with Microsoft India Chairman Bhaskar Pramanik.

"Arisal is also called the capital of malnutrition but with an ICT-based smart project, we can change this. We are looking to integrate ICT into healthcare, education, energy and other areas," the Chief Minister said.
Advertisement

"We want to empower people and we will look for support from Microsoft to enable digitisation of processes," he added.

To a question from Pramanik about future plans of easing rules to do business in the state, Fadnavis said he wants to make the state the most preferred location for investments.

"We are trying to remove more rules. Earlier, as many as 76 permissions were needed to set up a new business, and it would take a maximum of three years to get them. But now we've brought down the number of permissions to just 37," Fadnavis said, adding his government is trying to bring them further down to 25 in three months. Advertisement
Image credit: Indiatimes