Who is 'ARJUN' -- the overweight battle tank on display in Parliament, aiming at? 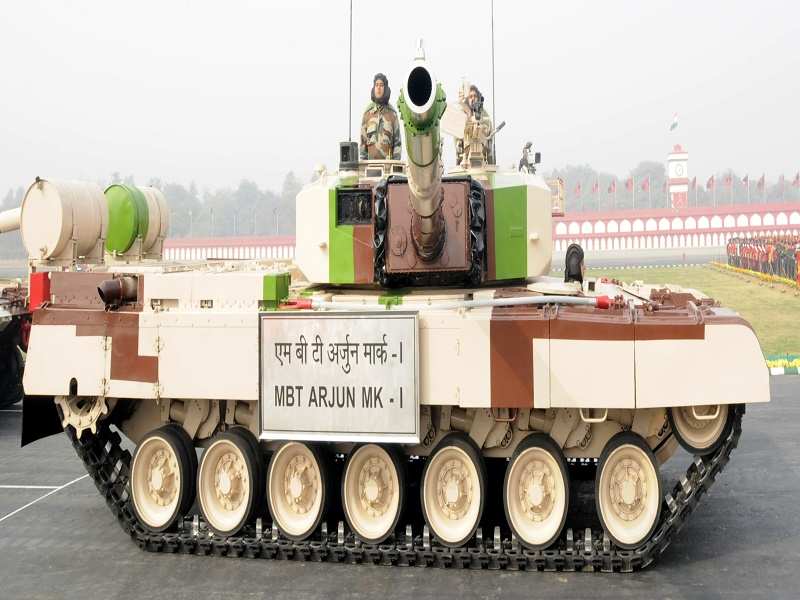 Advertisement
On display at the lawns of the Parliament's Library Building-- as part of the three-day long exclusive exhibition for the lawmakers, is the massive ARJUN main battle tank (MBT), developed by the Defence Research and Development Organisation (DRDO) for the Indian Army to fight adversaries along our Western border areas especially the plain and desert areas of Punjab and further South.

However the reality is a bit bitter. Facing serious issues of weight, unfortunately the remains largely unsuitable for being operated on border areas except for small stretches in the Barmer-Jaisalmer area.

While the battle tank’s first variant ARJUN MkI weighed 62 tonnes (and this is the one on display), the second one – or the so called next gen, ARJUN MkII weighs even more at around 68 tonnes. As none of the bridges close to border areas can carry anything more than 60 tons, the usage of to reach the border areas to fight wars remains a big question mark.

So effectively, the weight of the tank prohibits its use along most of the b0rder areas. Interestingly, a senior defence ministry official sarcastically but rightly commented, “If this tank can’t cross bridges and kill enemies on the border, who is it than aiming at?...Pakistan or the Parliament?”

Taking note of this deficiency, defence minister Manohar Parrikar has already ordered a study (involving all the stakeholders) to bring down the weight of this tank to 55 tonnes. According to defence ministry sources, Parrikar has openly expressed his unhappiness on the issues crippling the ARJUN MBT.
Advertisement

While weight is a major issue, other deficiencies of MBT Arjun includes its indigenisation content and also availability of ammunition that remains miniscule. Most of the ammunition that this MBT should fire is unavailable.

Also while Parrikar is pushing the Make in India program very hard, it is unfortunate that the Arjun MkI has less than 30% of indigenisation content. In ARJUN MkII, instead of the import content going done, it has only gone up, reveal officials. Weight too has gone up to 68 tonnes, a folly DRDO has accepted during an interaction with reporters on the sidelines of the 9th Defence Expo in Goa this March.

Dr S Christopher DG, DRDO gracefully accepts that the weight of Arjun is on the higher side. "Army says there are bridges where MkII might find it difficult (to move). This is the reason why we have developed the other bridge and made our tank go over it again and again when displayed at DefExpo. We are trying to tell the army that even if we may not be able to use it as it is everywhere, there definitely can be places where it can be used," Christopher was quoted in a news report in its online edition dated March 29.

The report further noted that the history of indigenous tank building has been an acrimonious affair with the army and DRDO having bitter differences over the road ahead. While the army relies largely on the Russian-made T72 and T90 tanks, the DRDO believes it isn't being a fair opportunity to develop its product. After a protracted struggle, 124 MkI ARJUN tanks were commissioned into the army.

Time For Some Reality Check: So while we are proud of various inventions by DRDO, BrahMos missile (jointly made with L&T) being one, issues surrounding the ARJUN MBT are serious as a huge amount of public funds have gone into it. So our suggestion to DRDO is to look at reducing the weight of this tank that has been designed to fight wars on the borders and not just be stationed on the beautiful lawns amidst the kota stoned walls of the Parliament.
Advertisement

Through this exclusive exhibition, the Members of Parliament from both Lok Sabha and Rajya Sabha are expected to visit the exhibition to get a first-hand account of huge work undertaken by DRDO and their successful implementation.