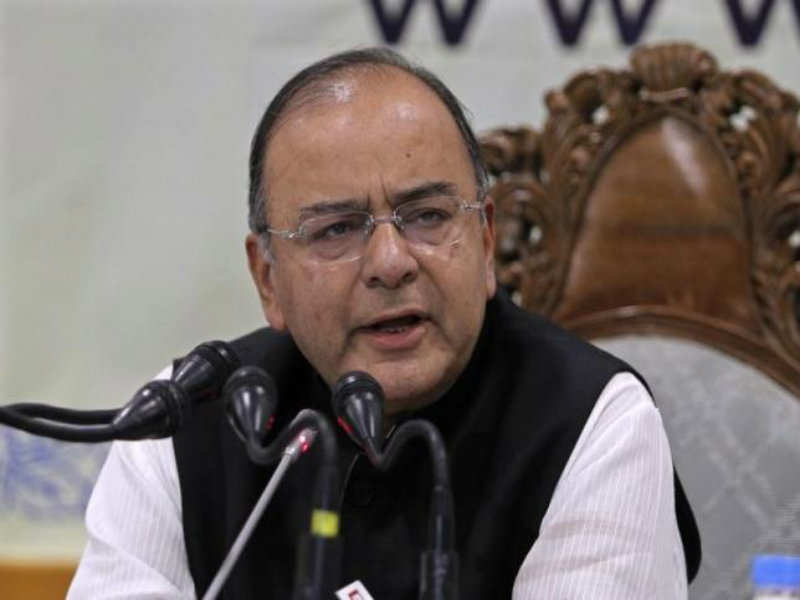 The would complete one year in office tomorrow and on the eve of the NDA government’s first anniversary, Minister told the Economic Times in an exclusive interview that India could achieve 10% growth provided all the decisions are taken effectively and implemented without fail.

On being asked about the expectations from the NDA government, especially on the economic front, Jaitley said: “There is bound to be expectations and I do not regret that. In fact, I am in no mood to taper down expectations, because you had terrible governance, particularly in UPA II…Now, you have a decisive leadership, you have a government where the last word belongs to the .”

Talking about structural changes going on in the country, he said this is probably one important phase of the Indian . The direction is absolutely clear.

Advertisement
“I do believe that India's growth potential is not 7, 7.5 or 8%. In given scenario, if all these decisions are effectively taken and implemented, India has a capacity to cross 9% and move towards a 10% growth. People must put pressure on government, opposition and on elected representatives that this is our moment and therefore we cannot squander it away.”

Commenting about the elections verdict 2014, he said: “There has to be a mature reading and an analysis of India electorate and Indian parliamentary democracy. A decisive mandate in India is not an un-incumbent mandate because there is a very significant section in Indian politics which actually does not believe in reforms.”

On being asked about his reference to obstructionist politicians, the finance minister said: “No, it is not only obstructionist, they do not realise the significance. Now I visited Dr. one of these last few months, and I was asking him about the 1991-96 period where I think he did a very good job and he told me that during that period, within the government and his party, which was probably one of the better phases of his life, he virtually stood isolated.”

Advertisement
He further said about reforms that the changes brought by former Prime Minister Manmohan Singh created an impact for the future.
“Therefore, Indian political system is slowly realising its impact, but UPA I and II did not realise it. They thought reforms only mean you redistribute the existing resources. Now, India has to concentrate on increasing productivity, not merely redistributing the existing resources,” he said.

Reacting over the strong view that the government is pro-corporate and anti-poor, he said: “It is ridiculous, because I have repeatedly said this government will expand businesses. It will use the enriched resources of the government for the poor. Therefore economy growing is going to help the poor, but this government does not believe in crony capitalism.”