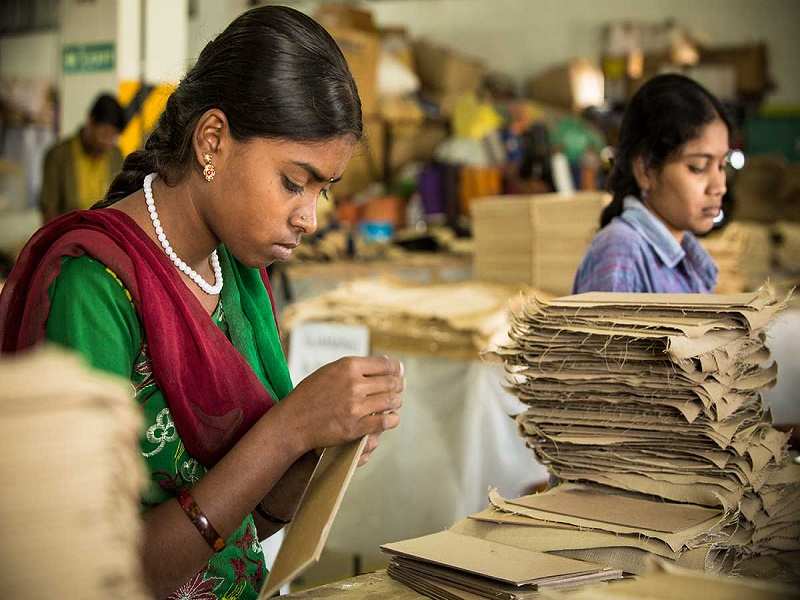 Advertisement
Small and medium enterprises (SMEs) play an instrumental role in supporting the economic growth of India. SMEs employ about 60 million of the working population and contribute to approximately 38% of the GDP of the country. In an emerging country like India, SMEs have the potential to transform the economic landscape, if they are nurtured in the right manner. But, despite the good intention of successive governments SMEs have been facing an uphill task to grow their businesses. Some of these challenges are self-inflicted while others are courtesy of excessive government regulation or apathy.

Indian laws are known to be complex and confusing. To add to the confusion there are multiple State and Central laws that indulge in duplicitous over regulation. In order to comply with these various legislations, comprehensive forms and registers need to be maintained which are subject to scrutiny at the discretion of government officers. These end up becoming tools for harassment and extortion by officials.

The situation faced by SMEs can be alleviated by the Government through some simple and effective measures. While the Government works towards revamping the regulatory environment for all businesses, SMEs could be granted certain relaxations which can assist them significantly in scaling their businesses. Some useful steps which the Government could consider are in the avenue of classification, tax and regulatory compliance.

The first step would be to raise the threshold limits below which companies are classified as SMEs. It is understood that proposals are underway to increase the existing limits. A novel step would be to benchmark eligibility to turnover or net profit as opposed to investment in plant and machinery. An ideal limit would be companies having turnover below 75-100 crore or net profit less than 10 crores. Globally the benchmark for determining SME status is a combination of turnover, employee strength and balance sheet strength. India could also consider adopting these benchmarks at a reasonably higher threshold to provide benefits to significant number of .
Advertisement

Some of the other changes could be a complete exemption from the onerous compliances under the company law regime for SMEs incorporated as a private company. Company law compliance should be simplified for these entities with one annual accounts filing and one annual return. There should be no other restriction on private companies with less than 50 members in terms of taking business or corporate decisions. Such companies should be allowed to maintain board minutes and records of shareholders meetings in electronic form and the same can be accessed by regulators in case of any enquiry. The shareholders should be free to determine the methods and processes for management, conduct of their meetings, quorum etc. They could provide the list of directors and shareholders to be updated regularly with the ROC. Another important step would be to allow for a simple process for winding up of such businesses provided creditors and shareholders have given consent

Another area of reform could be labour legislation that is out of sync with present day needs. All companies that have less than 100 (or such higher number) employees should be exempted from complicated labour compliances. They can be subjected to certain self-certification compliances which could include; payment of minimum wages (single slab for each state), maternity benefits for female employees and certain basic safety requirements restricted only to hazardous industries. These companies should be allowed to retrench labour by paying 1 month wage for each year of service as severance pay. The concerned companies can report details of employees to the concerned labour authority and it should be the responsibility of the government to formulate schemes for insurance (life, accident etc) and provident fund for the employees. The employer can pay a percentage to the government schemes for employee benefit. All of these compliances should be on a self-certification basis with one annual declaration of compliance with broad details to be submitted.

Last, but not the least certain tax concessions would go a long way to boost investments into this space. A blanket exemption from long term capital gains for investments made into an SME could be a booster shot for this sector. The exemption should be only for long term gains determined at the time of exit by the investor. The holding tenure can be increased to 3-5 years in order to ensure genuine capital investment by these companies. The long term capital gain exemption should be available to the investor even if at the time of exit the company is no longer an SME, so long as they invested while the company was an SME. It would provide SMEs the much required capital necessary for assets and job creation. It would also channel a large part of the domestic / foreign investor capital into this sector, which can have a multiplier effect on job creation in different parts of the country.

The Government has to consider various political compulsions at every stage prior to enacting any major reforms. But, it could take small steps in liberating this class of businesses, which would greatly enhance the living conditions of many people across India. Provided with the right regulatory environment SMEs can prove to be a political match winner by sprucing up economic growth.