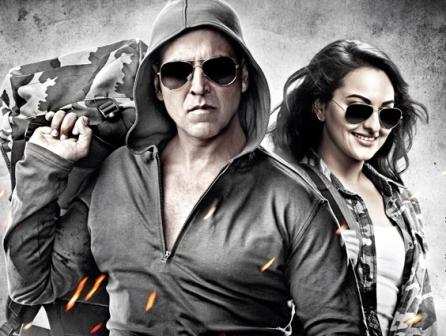 Now that the poll fever has waned and the is done with, is back with a bang as the biggest entertainer of all. The first Friday of June has already witnessed a in the making as Akshay Kumar-Sonakshi Sinha-starrer Holiday: A Soldier Is Never Off Duty has raked in the crores in the first four days and is fast nearing the Rs 50 crore mark.
Advertisement

The power-packed , written and directed by (he made his Hindi debut with Aamir Khan-starrer ), netted Rs 41.32 crore at the after the first three days (trade figure stands at 40.23 crore) while first Monday collections amounted to Rs 8.02 crore, as per figure. The film also had a decent collection abroad during the debut weekend, grossing around Rs 10.61 crore. Holiday was released in more than 41 countries and has already surpassed the lifetime collections of (Rs 47 crore) and Amitabh Bachchan-starrer Bhoothnath Returns (Rs 39 crore).

Other two releases of the week include ’s critically acclaimed movie and ’s award-winning documentary . In spite of good reviews, Filmistaan fared poorly due to lack of promotion and star value, netting Rs 3.19 crore at home after Day IV. However, the movie netted better on first Monday, earning around Rs 54 lakh, compared to Rs 51 lakh on the opening Friday. We don’t have the numbers yet for Pahuja’s documentary.

Coming back to , the Akshay-Sonakshi starrer has many a surprise in store, thanks to the twists and turns of a complex plot that interweaves some slick action and offbeat romance with serious issues like brutal terrorism and deep-rooted corruption. This one is a remake of the (starring Vijay and ) that won both critical acclaim and . The Hindi remake is equally enthralling, if not more, and Akki () rules the flick till the end. While the soldier on leave springs into action to save Mumbai from the clutches of the terrorists, his lady love () turns out to be a and not the traditional Indian girl he has assumed her to be. Overall, an enjoyable movie in spite of some logical fault lines in the story. 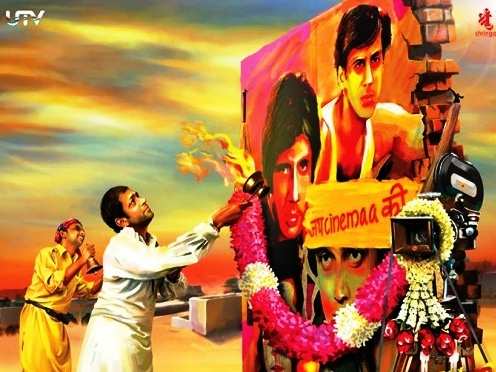 In sharp contrast, Nitin Kakkar’s directorial debut Filmistaan once again harks back to the untold realities of , seen through the eyes of (), a . His through ‘enemy’ territory and the days spent there in captivity gradually unveil the human and cultural bonding that never fails to exist in spite of the political divide.

Finally, we come to Nisha Pahuja’s The World Before Her – a 90-minute documentary that follows the contrasting lifestyles of two in search of empowerment. And in doing so, Pahuja reveals some disturbing questions that are bound to haunt today’s women. As Shubhra Gupta so rightly points out: There are not just two Indias... There are many more. What choices do the girls who live in those other Indias have? Do they have any at all?