Box Office: Humshakals Strikes Gold But There’s No Method In This Madness 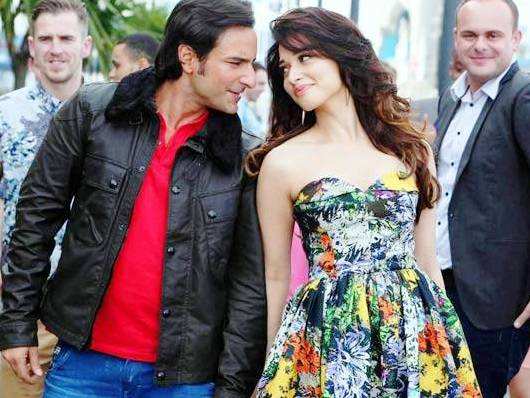 Advertisement
has produced plenty of crass slapstick comedies over the years, but seems to beat them all. There’s no method in this madness as attempted to create a without sparkling , intelligence and a tight that would have produced some rollicking fun and an intriguing escapade. But Humshakals never rose above and in spite of some . Still, here’s the surprise of surprise, the movie has hit at the , raking in Rs 40.13 crore nett in the first three days (trade figure Rs 34.91 crore). It is the 4th biggest opening weekend this year after (Rs 60.68 crore), (Rs 43.93 crore) and Holiday (Rs 41.32 crore).

“ Humshakals Fri 12.50 cr, Sat 12.59 cr, Sun 15.04 cr. Total: Rs 40.13 cr nett India biz,” tweeted Bollywood trade analyst and film critic, Taran Adarsh. Overseas total is approximately $2.02 million or Rs 12.16 crore from 40 countries, according to Adarsh. However, Monday collections at home saw a sheer drop of more than 60%, reaching a little over Rs 5 crore as per industry estimates. Total after Day IV stood at Rs 45.23 crore nett, which means the movie is all set to hit the at home by Day V. Although it is a and cost a whopping Rs 75 crore including P&A, and ’s Humshakals has acted smart and already bagged Rs 45 crore by selling its satellite and music rights.

Humshakals hit nearly 3,000 screens and it is the third of 2014, behind Jai Ho and Holiday. Going by the , it ranks third this year – Rs 12.50 crore nett on Friday (June 20). Salman Khan-starrer Jai Ho tops the list with Rs 17.50 crore while Ranveer Singh-Arjun Kapoor-Priyanka Chopra-starrer Gunday amassed Rs 15.50 crore on . 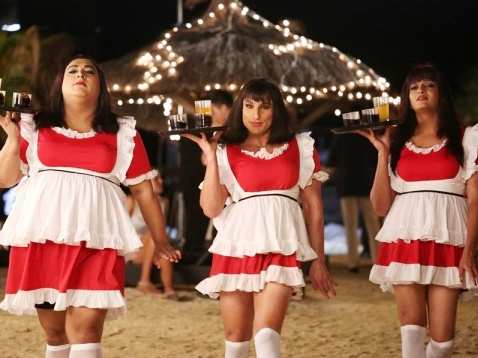 Coming back to the critical part of the movie, we were literally at a loss to track the . Here are three male stars – (, the tycoon), his best friend () and (Ashok’s wicked who is after his wealth) – but to complicate matters, you will find them all in triple roles. Also, true to Bollywood ishtyle, Ram Kapoor manages to pack off Ashok and Kumar to a where their are being treated.
Advertisement

What follows is pure mayhem, especially when a third set of Ashok and Kumar (this time created with the help of plastic surgery) comes on board to dupe the real duo. The baddie (Ram Kapoor) also gets his fair share of lookalikes and all three caper around as females in various outfits and hair-dos. The climax at the was as muddled and wobbly as the and fails to tickle us. Sajid also got hold of three dazzling female leads – ( who is Ashok’s lady love), (, Kumar’s love interest) and (Dr who was taking care of Ashok and Kumar in the asylum) – but they had little to do in this movie.

Going by its box office performance, the audience must have given a thumbs-up to Humshakals. But even a commercially successful movie may have a great many pitfalls. As film critic Saibal Chatterjee so aptly says, “ Humshakals is an execrable comedy of horrors that plumbs the depths of stupidity and crassness... Sorry, Mr Khan, no matter how much money your film ends up with at the , the joke is entirely on you!”