Advertisement
PTI
May 6, 2020, 11:36 IST
People with their vehicles are seen at a petrol station during a nationwide lockdown imposed in the wake of coronavirus pandemic, in Nagaon District. Government of Assam has imposed a steep hike in the price of fuel increased by Rs. 5 per litre.Photo)(
The cash-strapped government will gain close to Rs 1.6 lakh crore in additional revenues this fiscal from a record increase in excise duty on and diesel, that will help make up for revenue it lost in a slowing economy and shutting down of businesses due to lockdown. Late on Tuesday evening, the government hiked excise duty on petrol by Rs 10 per litre and that on by Rs 13 a litre to mop up gains arising from international oil prices falling to a two-decade low.
Advertisement


This is the second hike in excise duty in less than two months and will help government garner over Rs 1.7 lakh crore in additional revenues annually at 2019-20 level of consumption, industry officials said.

Considering the slump in consumption due to travel restrictions imposed by coronavirus lockdown, the gains in the remaining 11 months of the current fiscal year (April 2020 to March 2021) will be close to Rs 1.6 lakh crore, they said.

Together with Rs 39,000 crore in annual revenues gained from the March 14 excise duty hike of Rs 3 per litre each on petrol and diesel, the government stands to gain as much as Rs 2 lakh crore.

State-owned fuel retailing companies, (IOC), (BPCL) and Corp Ltd (HPCL) had frozen petrol and diesel prices since March 16, as if anticipating the government move and will now set off gains they accrued from continuing drop in international oil prices against the excise duty hike.
Advertisement

Officials said normally retail prices would have changed with any revision in taxes but like March 14, there is no change as the excise duty hike is being adjusted against the gains consumers should have got from Brent crude oil dipping to about USD 18 per barrel - the lowest since 1999.

With this, the total incidence of excise duty on petrol has risen to Rs 32.98 per litre and that on diesel to Rs 31.83.
Advertisement

Central excise duty makes up for 46 per cent of petrol and diesel price now. After considering local sales tax or VAT, the total tax incidence in the price is as high as 60 per cent.

The excise tax on petrol was Rs 9.48 per litre when the Modi government took office in 2014 and that on diesel was Rs 3.56 a litre.

The government had between November 2014 and January 2016 raised excise duty on petrol and diesel on nine occasions to take away gains arising from plummeting global oil prices.

It again raised excise duty on March 14 by Rs 3 per litre.

In preparation for the excise duty hike, Finance Minister Nirmala Sitharaman had at the fag end of the Budget session of Parliament took the authorisation to raise excise duty on petrol and diesel by Rs 8 per litre each in future.

Sitharaman through an amendment to the Finance Bill, 2020 raised the limit up to which the government can raise special excise duty on petrol and diesel to Rs 18 per litre and Rs 12 per litre, respectively.

The March 14 excise duty hike included Rs 2 a litre increase in special additional excise duty and Re 1 in road and infrastructure cess.
Advertisement

This hike took the special additional excise duty to maximum permissible limit in law - Rs 10 in case of petrol and Rs 4 in case of diesel.

This, through an amendment to the Eighth Schedule of the Finance Act, was increased to Rs 18 per litre in case of petrol and Rs 12 in case of diesel.

Government sources said the Centre has taken this step of increasing duty to raise some revenue in view of a tight fiscal situation. This would help in generating the resources to meet expense of coronavirus fight as well as meet other spending needs such as on infrastructure. 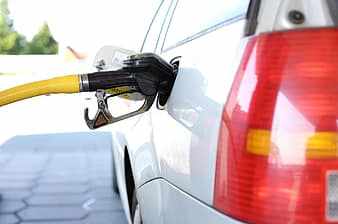 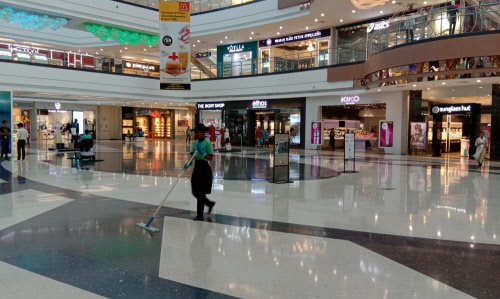