Advertisement
Sanchita Dash
May 4, 2020, 09:20 IST
Representative imagePixabay
Advertisement
The coronavirus pandemic has slowed down investments in India. In the first three months of 2020, VC investments in India dipped to $2.2 billion, according to KPMG, after $6 billion in the last quarter of 2019.
Even then, startups from some sectors like edtech, financial tech, foodtech, and more will find their way through the crisis, believe investors.

In an earlier interview with Business Insider, Vani Kola, MD of Kalaari Capital, had said that there is no endless funding available right now and what that automatically means is that companies that have solid unit economics and a management team that can inspire confidence, are very agile, have the capacity to work through chaos will be able to get funds.

And that was proved in the month of April as startups across sectors that are seeing high activity right now announced their fundraise.

Here are the top 10 startup funding in April
Advertisement

BigBasket: With grocery delivery at an all time high during the coronavirus pandemic, BigBasket’s funding news came as no surprise. The startup which turned unicorn in 2019, raised $50 million in debt funding from Alibaba, while also raising $60 million as a bridge round from Alibaba, South Korea’s Mirae Asset and UK-development finance institution CDC Group. The startup also acquired the hyperlocal delivery startup DailyNinja.

DailyHunt: The news aggregator app DailyHunt announced a $59.6 million in funding in April. The Series G round was led by the New York-based investment firm Falcon Edge and also saw participation from Advent Capital Management, Chinese tech giant ByteDance and Goldman Sachs. According to reports, the startup has raised another $36 million in early May at a valuation of $625 million.

MedGenome: Genetics research company MedGenome raised $55 million. The company offers genomic solutions in immuno-oncology, diabetes, ophthalmology and other rare diseases. Its $55 million funding round was led by Leapfrog investments. MedGenome was founded in 2013 by Sam Santhosh. The startup is headquartered in California, USA and also runs a lab in Bengaluru, India.

Rebel Foods: The cloud kitchen startup Rebel Foods which runs brands like Faasos, Behrouz Biryani among others raised $50 million from US hedge fund Coatue Management. According to reports, the funding took the company’s valuation to $700 million, making it the third highest valued foodtech company in India.
Advertisement
Swiggy: Foodtech unicorn Swiggy announced that it raised an additional $43 million as a part of its ongoing Series I round. The size of the round now stands at $156 million. Along with existing investor Tencent, new investors Ark Impact, Korea Investment Partners, Samsung Ventures and Mirae Asset Capital Markets participated in this round.

NoBroker: NoBroker.com raised $30 million in its ongoing series D round from General Atlantic. This takes the total funds raised in the round to $80 million, after a funding from Tiger Global in late 2019. The real estate platform that helps people find houses had also diversified during the coronavirus lockdown to launch Grocery Store for societies. Through the feature, society residents can just place the order on the NoBrokerHood app and volunteers within the society consolidate the order and ensure a smooth delivery by buying it from bigBasket B2B or ITC.

FarEye: Microsoft’s venture fund arm M12 invested in Indian logistics SaaS startup Fareye. The startup raised $25 million in a round that was led by Microsoft with participation from Eight Roads Ventures and Honeywell Ventures. Fareye, founded in 2013, is a predictive logistics platform that enables enterprises to orchestrate, track, and optimize their logistics operations.

Vedantu: The online tutoring platform Vedantu raised $20 million in two tranches in April. It bagged $12.5 million from Legend Capital and Omidyar's Ohana Holding, then it went on to raise $6.8 million from South-Korea based KB Global. The funding came in as a part of its Series C1 round.
Advertisement
Bira91: The beer startup raised $20 million from Sequoia and Belgium-based investment firm Sofina. The funding is a part of its ongoing series C round. The Ankur Jain-led Bira91 has raised over $130 million in total funding so far. Its last known valuation from 2019 is $246 million.

See Also:
All the new deals signed by Tech Mahindra in the last three months
{{}} 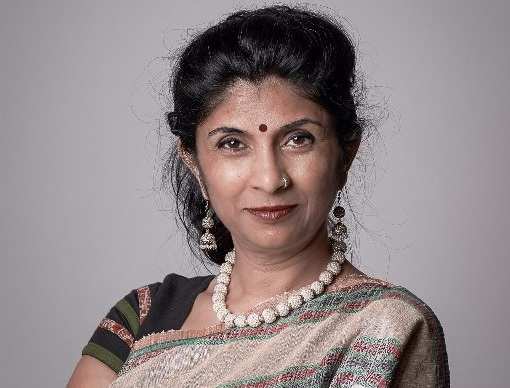