Even as other segments of Reliance Industries saw weakness due to the impact of the coronavirus pandemic, Jio has continued to thrive with its average return per user (ARPU) which was up 7.4% quarter-on-quarter to ₹140.3 per subscriber alleviating concerns around the quality of the customer base in comparison to Bharti Airtel.

Average data consumption was up to 12.1 GB per month, however, voice consumption — which had continually fallen until last quarter — returned to its downward trajectory by dipping to 756 minutes. Total wireless data traffic during the first quarter of 2020-21 grew 30.2% as compared to the same quarter last year to hit 1,420 crore GB.


After all the investments in the last three months, Reliance Industries effectively holds 66.48% equity in . It has raised ₹152,056 crore across its thirteen investors with ₹115,694 crore in the bank. “₹22,981 will be retained at Jio Platform to drive future growth,” the company said in a statement.


Jio’s newly launched video conferencing tool - JioMeet has reportedly been downloaded by more than 5 million users so far, according to the company. 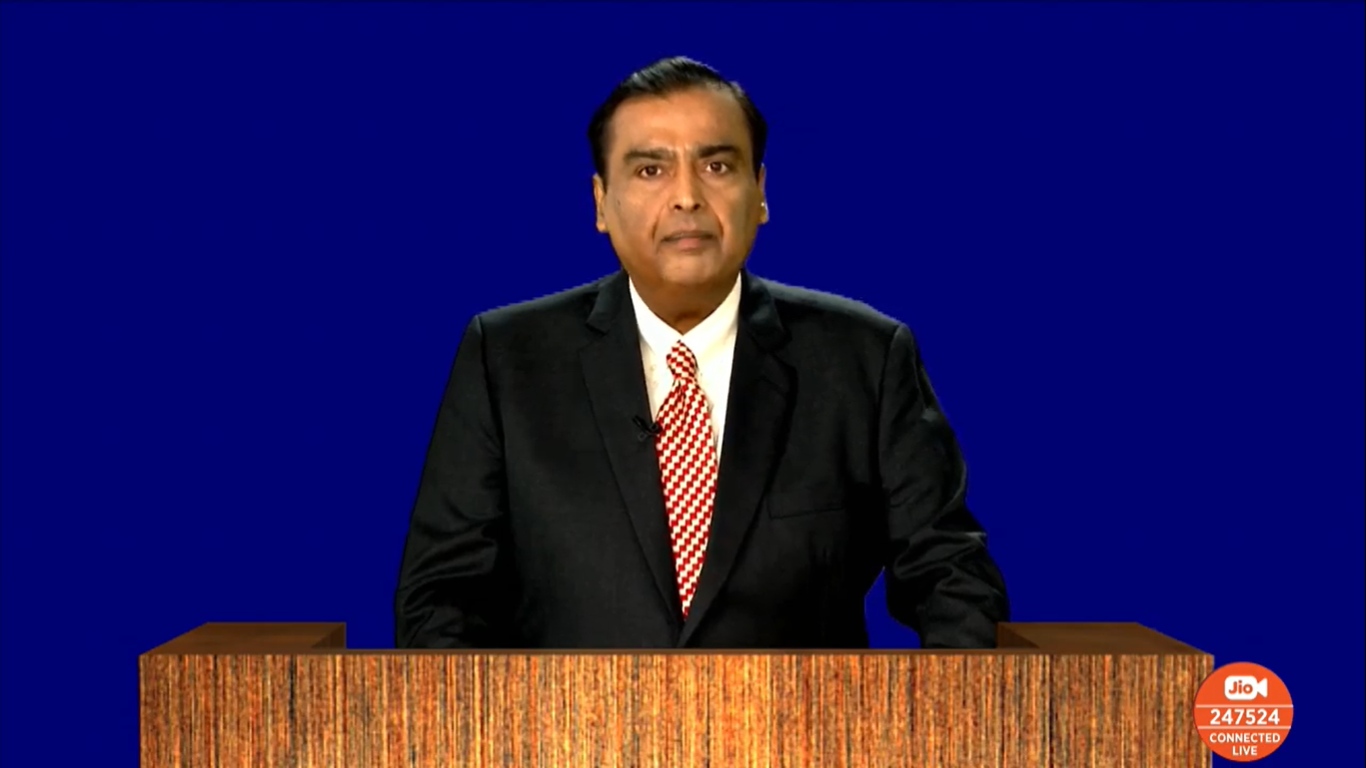