"The situation is dire — it is a matter of survival for everyone. Vodafone (Idea) is in losses, Airtel is in losses, (state-owned) BSNL (Bharat Sanchar Nigam Ltd) is in losses," Mittal told reporters after a meeting with Department of Telecommunications (DoT).

Falling average return per user (ARPU) already had the telecom sector in the red. Now, the struggling sector has now under more stress after the recent Supreme Court ruling on operators’ adjusted gross revenue (AGR). Their increasing losses are now burdened with an additional ₹2 lakh crore.

"There is one competitor who has unlimited access to finances — I wouldn’t comment on that but the situation is bad," said Mittal without directly naming .

Advertisement
With 5G spectrum auction scheduled to happen within this financial year — expenses are only going to rise for Bharti Airtel and Vodafone-Idea.

Mittal believes that it’s imperative that India continues to have at least three players in the sector, according to an ET report. The Supreme Court’s ruling on the AGR should lend ‘sympathetic’ consideration to the operators’ appeal for relief.

"It is absolutely essential that we have three (private players) plus one (state-run) players. Lower the taxes and find ways and means to support the sector in one form or the other," he said.

And, increasing the time frame to pay the debt is only "deferment with interest".

It’s not just telecom operators who’re in trouble
Advertisement
Mittal also warns that there may be "unintended consequences on the larger ecosystem". The AGR ruling won’t only lead to the collapse of the telecom but lead to the distress of several other sectors as well — including public sector enterprises, according to the Federation of Indian Chambers of Commerce and Industry (FICCI).

"Given the multiplier impact the (telecom) sector has on the economy and various intermediary industries, it is of critical importance that the sector remains healthy, dynamic and vibrant, " FICCI said.

In order to save the sector, Mittal suggests setting floor tariffs as soon as possible so that ARPU can rise to at least ₹200 initially — and ₹300 in the future. He points out the situation has reached a critical point where private companies are approaching the government asking for regulation in order to be saved.

The Telecom Regulatory Authority of India (TRAI) had earlier said that they won’t be setting a floor price since operators were already raising tariffs — and were free to raise them further if required.

But, according to rating agency Fitch, the increase in prices won’t be enough to offset the impact of the AGR ruling.
Advertisement
Vodafone-Idea agree

"If you don’t get the remedies being suggested, the situation is critical," said Vodafone CEO Nick Read during a round-table press conference in London. He was in the country earlier during the year to meet with the government asking for relief as the country’s largest foreign direct investor.

Vodafone-Idea CEO Ravinder Takkar is hoping that the government will back the operator’s requests for lower license fees and taxes. According to him, the engagement has been "very positive" and the government is looking to provide a "comprehensive solution".

TRAI met with the heads of telecom companies in late November to prioritise issues for the coming year. The finalised items have not been disclosed yet, but at least six to seven suggestions will be taken up, according to TRAI Chairman R S Sharma. 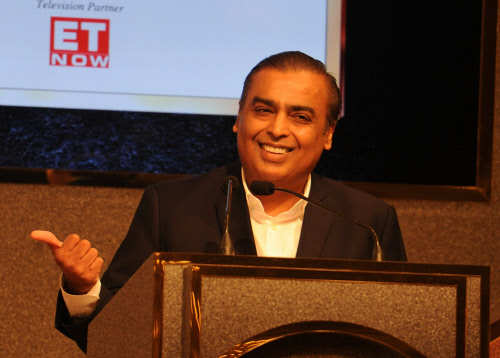