Caitlyn Jenner Is Proving That Trans Is Indeed Trance. So You Think We Could Ever Have A Transgender As The Next U.S. President? 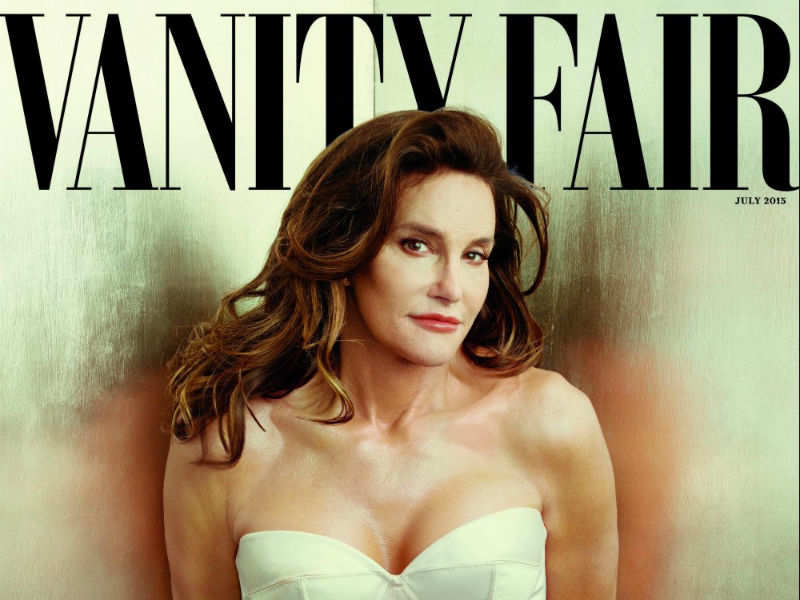 Let's start with God. The answers are always easier that way. Someone I am most fond of once told me, "I pity atheists you know. Because they can't ever blame God. They don't have the privilege to ask 'why God, why did you do this to me'."
Top DealsView all Offers
Furniture
PC & Laptops
Grocery
Large Appliances
Fashion
TV
Amazon Devices

When the greater religions put a gun to our head and threatened us to jump in its well, we jumped. Who knew at the bottom of that well, we would find our superhero who went by the name Evolution?

Dismissing the need for any probation, evolution soon became the king of the jungle. When it roared, the jungle went into submission. But as we all know, no jungle worth its salt ever came without its poachers. The poachers came in the avatars of kings, queens, ministers, presidents, governors, and most importantly, our parents and communities. They drew the lines. The ones we were strictly told not to cross.

Advertisement
But, the thing is, our DNA came with an eraser, pencil, canvas, and a grave full of imagination. So even when we were put to rest, we dreamt. Our dreams made love to our mother earth, who politely went ahead and conceived the future of tomorrow.

When the tomorrow came, a man was born. He was named . Six and a half decades later, in June 2015, he stood on top of the world and announced that he had changed his name to Caitlyn. . The world stood back in the stands and cheered him from all corners. Before the announcement, William had made all the required configurations in his physical geometry to align his chemistry to the integrity his new name would demand.

"I am so happy after such a long struggle to be living my true self. Welcome to the world Caitlyn. Can't wait for you to get to know her/me." Caitlyn posted on her handle @Caitlyn_Jenner, which, along with the first tweet of her cover went on to get a record-setting 1 million fans in less than 4 hours and 3 minutes straight. Whereas the most powerful man on earth, had taken 5 hours to pull the hanky 1 million in his Presidential twitter followers basket, last month.

Advertisement
Wish Dora was here now to shower under the petals from the high gardens of Twitter. Dora, born as Rudolph R, was the first person to have gone under the knife in the first-ever recorded sex reassignment surgery (SRS) in 1931.

Long before Dora or Caitlyn, the mythologies blow mighty trumpets of accounts concerning legends who were both man and woman in one form. There was the blind prophet, Tiresias, who constantly interchanged in his genders and said to have compelling wisdom for this very reason. Then we have the famous Cupid, the God who is responsible to make or break our hearts with our better halves, apparently, is a unisex God. Born to high-profile parents Hermes and Aphrodite, Cupid's father, Hermes, is the inspiration for the term 'hermaphrodite' - used to describe a being with both male and female sexual characteristics and organs.

Even though the hand holding the umbrella for transgenders is the same, all five fingers of that hand are not. The race to attaining transgender nirvana has been chalked with 5 different tracks. The tracks are identified as transexual, transvestite, genderqueer, androgene, and bigender.

Advertisement
Writing about transgenders is hard. Being them is even harder. A left-hand car comes straight from the factory and claims that it feels very much right-handed. And without a steering or permit, the car just drives along pretending the car is indeed right-handed. Then, there is the car that feels that it is neither right-handed nor left-handed, but centre-handed. It's complicated. The transgenders don't have it easy.

Harry Benjamin, the famous German-American sexologist and chief medical advisor to Christine Jorgenson (the ex G.I. who, before Caitlyn Jenner, 60 years ago, became the pioneer in America for stealing all shows concerning her sex reassignment surgery), said, "Our genetic and endocrine equipment constitutes either an unresponsive/fertile soil on which the wrong conditioning and a psychological trauma can grow and develop into such a basic conflict that subsequently a deviation like transsexualism can result."

Let me give you an example. When androgen receptors (a nuclear receptor that regulates gene expression) is said to have a firm handshake with testosterone or dihydrotestosterone (sex steroid), it will lead to the formulation of primary and secondary male sex characteristics. Whereas, instead of a handshake, if the androgen receptors and testosterone have a face-off with each other, their alliance will be broken. Meaning, a person who is assigned as 'male' at birth will come to feel and identify that he belongs to the opposite sex.

Advertisement
Again, it will be a blasphemy to summarise the identity of one's gender purely by a single theory alone. There are potent men with healthy-sized penis who feel that they should be women, just as there are women who are attractive, wear feminine clothes, and are perfectly capable of conceiving, yet feel the urge to be in a man's shoe.

Going by the biological complexity and psychological curiosity, it is evident that Agent X and Agent Y from the Sperm Maker Inc., when it comes to adjudicating the gender of a person, are futile as a burp in a storm.

Oppression, degradation, prejudice - a staple diet in the menu of transgenders, have been pricked with brutal attacks for holding a balloon called 'me'.

Advertisement
In 1513, when the Spanish conquistador - Vasco Nunez de Balbao, found that a village in Panama had men who dressed as women, and ordered 40 of them to be "torn to pieces by dogs".

In 2008, Larry King was shot twice in the head by a fellow student at his school in Oxnard, California. Larry had come out as gay. He was 15 when he was killed. The guy who shot him was 14 years old.

Last week, Stephanie McCarthy, a transgender musician, who was just about to play her gig, was assaulted by five men at the Newtown Town Hall Hotel in Sydney.

Advertisement
Then again, we have come nowhere as close as today, when it comes to fighting for transgender rights. With Poland's Anna Grodzka, becoming the first transexual MP in Europe to Donald Trump changing the rules in Miss Universe pageant that allowed Kylan Arianna Wenzel, the first transgender to participate in a Miss Universe competition to Madame Tussauds, San Francisco, recently announcing that it will feature a wax figure of Laverne Cox on June 26 during the Pride Week, the world of transgenders is on a progressive track. Laverne became the first ever transgender to star in the prestigious museum.

From the Indian wave, we have Manobi Bandopadhyay, who became India's first transgender college principal when she took charge of Krishna Women's College in West Bengal earlier this month. In 2014, the Supreme Court of India validated 'transgender' as the third sex.

With Caitlyn Jenner's announcement, the transgender community in America and around the world are positive that going forward, they will be able to see better days.

Advertisement
Obama, the first African-American to hold the office, was the first chief executive to inculcate the word 'transgender' in a speech, also openly prohibited job bias against transgender government workers, replied to Caitlyn's second-ever tweet when she expressed her joy about finally being able to come out, "It takes courage to share your story."

History is an ambitious gold digger eager to marry the most sought-after bachelor 'first-ever'. This century, we have had the privilege to see the changes the yesteryears had been begging and crying and hopelessly getting whipped, just so they could be somewhere around the aroma of this day. Now we are finally here.

Just as Mr Obama praised Caitlyn, yes, while it takes courage to share the story, it takes more courage to live the story, and it takes greater courage for us to let them live their story.

Advertisement
Whether it is through God, or evolution, when you let them be, they let us be. Because we need to be.

So a transgender - Warden of all the Nations and saluted by Air Force One? I don't see why not.


(image credits: Alberto Frank- Flickr)
Advertisement
NewsletterSIMPLY PUT - where we join the dots to inform and inspire you. Sign up for a weekly brief collating many news items into one untangled thought delivered straight to your mailbox.
CAPTCHA: