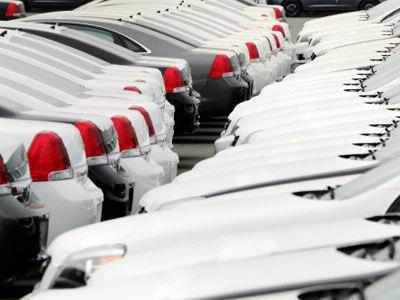 CHENNAI: Passenger vehicle sales may have shown a definite turnaround with positive growth for the third month in a row in July but month-on-month the graph is still far from positive. While most car companies, including market leaders like Maruti, , , M&M and others, saw sales growth in July compared to the year-ago period, month-on-month, the curve is actually negative.
Advertisement

Automobile experts say there are several reasons for the M-o-M dip. For one, June brought the first quarter in the fiscal to a close hence vehicle manufacturers would have billed wholesale volumes aggressively to show better Q1 numbers. That would explain the spurt only in June volumes compared to both May and July. Said Pravin Shah, M&M's CEO-automotive division and international operations: "June is a quarter end which means big discounts which push up volumes. Also, at that point people were hopeful there would be no monsoon deficit so sentiments were betterBesides many companies took their annual shutdown in July."

There are other reasons for the June-July skew. Said Sumit Bali, executive VP, Kotak Mahindra Bank: "June numbers peaked because at that point everyone thought the excise cut would run out end of the month. The announcement about the benefits running on till year-end came in the last week of June."

Critically though auto experts say the current demand growth is driving on new models alone. "The companies that are doing well are the ones with successful new products," said Bali. That roster includes the likes of Maruti, Hyundai and Honda, all of which have successful new debutantes.

Advertisement
Despite that, there have also been production snags that have showed up in the wholesale numbers, as with Honda. Said Jnaneshwar Sen, senior VP-marketing and sales, Honda: "Partly, this is because of low base effect compared to last year. But in our case, it's due to capacity constraint. Our effective capacity is 15,000 units a month and we can stretch it or not depending on the number of working days and export demand. We are currently operating above capacity we had to cut down on the Brio and Amaze production to make way for the Mobilio. That's why we moved the City production to our new plant in Alwar. We will resume City production early September," he added.
NewsletterSIMPLY PUT - where we join the dots to inform and inspire you. Sign up for a weekly brief collating many news items into one untangled thought delivered straight to your mailbox.
CAPTCHA: