Centre to link Aadhaar with NPR; chalks-out a budget of Rs 951 crore 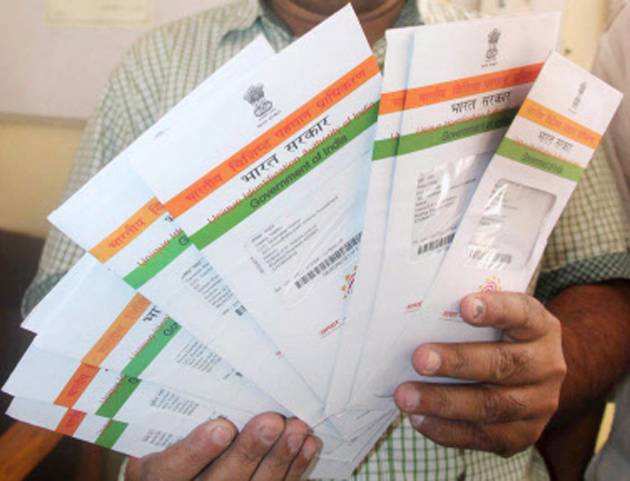 The central government is planning to update the National Population Register (NPR) by adding Aadhaar numbers of 25 crore households into it. A senior official from the (MHA) informed Economic Times that the Rs 951-crore exercise is expected to link the with Aadhaar data will be completed by March 2016.
Advertisement

The current NPR database is set with the biometrics of 28.89 crore people. Among these, Aadhaar has been generated only for 21 crore people. Biometrics of nearly 82 crore people have been collected so far by the (), the government body that generates Aadhaar numbers for the individuals.

The core purpose behind the entire operation is to avoid duplication in collecting biometrics and also to get a check on how many Aadhaar numbers still needs to be issued. The exercise has been approved by the home ministry while there is no Cabinet approval to its Resident Identity Card (RIC) project, which is considered to be the final step in the NPR process.

"By going door-to-door for the NPR updation exercise with pre-printed booklets, the details given by persons during the 2011 census will be crosschecked to see if the same person still lives at the address. Also, in case the person has an Aadhaar number, the same will be recorded and seeded into the existing NPR data," said the official. This is not an exercise to determine citizenship but to update NPR record of the usual residents of the country, he added.

The official further informed, "In scale, at a cost of Rs 951 crore, this is virtually a repeat of the Census exercise."

Advertisement
However, a in April questioned the utility of RICs, pointing out that Election Identity Cards (EIC) have already been issued to residents of same age group. As per a statement issued by the committee, "Linking of Aadhaar numbers with EIC is underway and therefore EIC will also have biometric details. In view of the committee, this arrangement seems sufficient."
Image: indiatimes