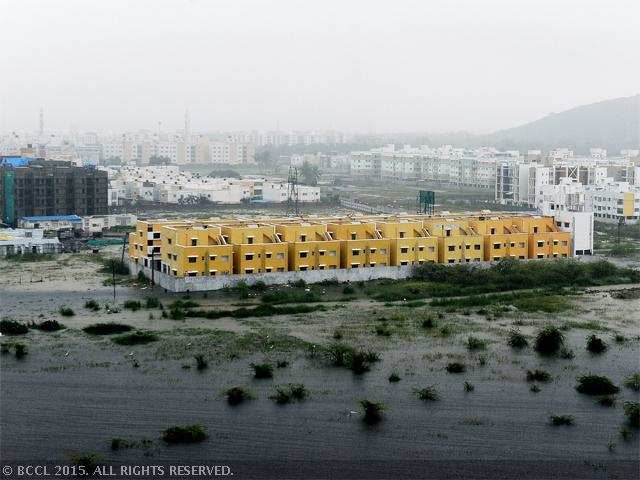 It has been tricky for technology companies in Chennai to do a balancing act - ensure the safety of their employees and clients' requirements - as heavy rains in the past few days left the city marooned.
Advertisement

In the past week, IBM, , and other with significant presence in Chennai have been forced to relocate key personnel and functions to neighbouring Bengaluru and other cities to avoid disruption to business — all part of routine contingency plans. Several others have employees staying in the office for uninterrupted service to their clients and the companies have ensured proper facilities for their stay.

More unusually, especially in an otherwise parched Chennai, companies had to set up makeshift camps in their offices with mattresses and temporary shower stalls and deploy boats for rescue and in-campus transportation.

About 15 per cent of India's 3 million-strong technology workforce is in Chennai, handling projects for clients such as Walmart, Citigroup, AstraZeneca and JPMorgan Chase. Chennai is also one of the country's largest automotive hubs, with Hyundai, Ford and Renault-Nissan based in and around the city.

Chennai is being pounded by rains for the past few weeks, which has severely damaged the city's infrastructure, including roads and electricity lines. The Tamil Nadu government has estimated losses at nearly Rs 8,481 crore. Several have died.

New York-headquartered , which has at least 100,000 employees in India, one-fifth of them in Chennai according to analysts, moved key personnel from the city to Bengaluru, company employees aware of the developments said, requesting anonymity.

"Our clients remain a priority," an IBM spokeswoman said, "and we are continuing to provide 24x7 services to ensure business continuity and, where necessary, recovery solutions for impacted businesses."

US-based Cognizant, which has a significant number of its 219,000 employees in Chennai, said it moved several employees to other centres within the city as well as to other cities and asked some to work from home to provide support to clients.

Also, "many of our employees working on critical projects volunteered to stay in offices to ensure uninterrupted 24x7 operations for our clients", a Cognizant spokesman said. The company stocked its offices with food and mattresses and built a small shower area for employees staying over. It accommodated employees' families as well after staff insisted they were worried about their folks at home. On Monday night (November 23), after traffic came to a standstill following another downpour, Cognizant arranged to accommodate a few employees at nearby hotels and lodgings inside campuses. "Employee safety and security is our top priority," the Cognizant spokesman said.

Infosys followed similar business continuity procedures, moving several of its 25,000 employees to offices in Bengaluru and Hyderabad and asking others to work from home, according to the company's employees. "Infosys has taken several measures to ensure safety of employees and continuity of business at its centres in Chennai," a company spokesperson told ET.

The offices of India's fourthlargest software exporter, HCL Tech, on the IT corridor of Chennai along Old Mahabalipuram Road, were flooded last week, forcing the company to temporarily shut operations and seek the help of boatmen to rescue staff, according to company employees. HCL Tech flew some key employees to its offices in Noida and asked several others to log in from home. HCL and its subsidiaries employ 24,000 employees in Chennai.

TCS, the country's largest software exporter that has more than 65,000 employees in Chennai, managed operations and client interactions without having to move people but gave employees the option to work from home or from offices near them, a company spokeswoman said.

India's third-largest IT firm, Wipro, gave its 18,000 employees in Chennai the option of working from home for most of last week.

Advertisement
"We had moved out our employees to safer locations only after assessing the on-ground situation," a company spokeswoman said.

"Electrical systems were strategically monitored to avoid any untoward incidents. Adequate fuel and food items were stocked... (And) Boats and large vehicles were arranged to allow in-campus commute."