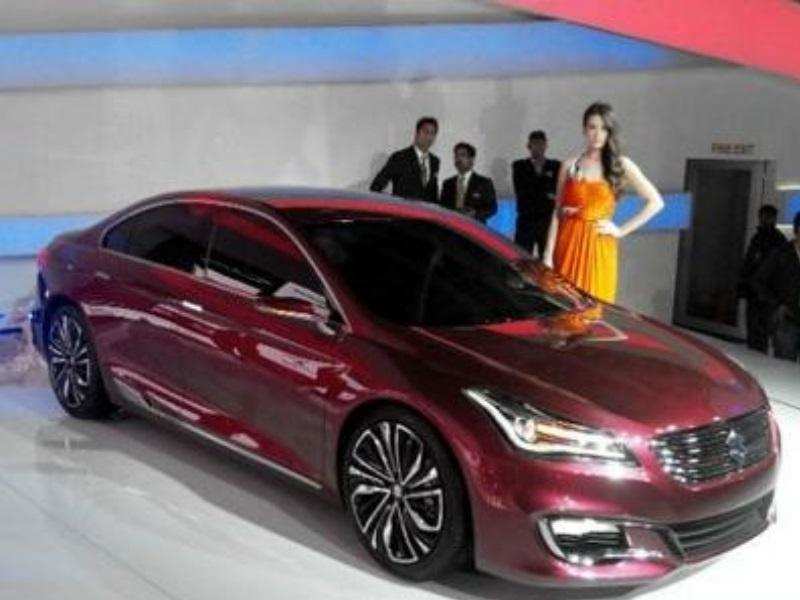 India is a country where people live with age-old perceptions for a much longer period compared to its western counterparts. They often cling on to products and brands for years; even decades after the brands were originally launched. This particularly holds true for Maruti, India’s most famous and house-hold car brand.

The brand has stuck to the collective conscious of the Indian populace as the common man’s car, and still is the first car that every middle class person aspired to buy. However, the Indian car manufacturers’ attempts to break and flourish in the mid- size sedan segment haven’t succeed so far. The company is again eyeing the premium tag and hoping to become a force in the sedan segment with its mid-size sedan Ciaz, which due for launch in October 2014.

How far will Ciaz go?

First, let’s talk about looks. As per industry analysts Ciaz car’s sleek and sporty look, it has features and tail lights, resemble more with Honda City than Maruti’s own Kizashi and SX4. However, the problem with Ciaz is that its physical appearance reminds us of both, SUV and the traditional Maruti model.

Then it’s mileage that Indians fall for when they purchase a new car, bike or SUV. Ciaz is supposed to do well in that department. As per the company, its petrol and diesel variants will offer a mileage around 20 km/litre and around 25 km/litre, respectively.

The experts are predicting Ciaz to be aptly priced. Rumours suggest that petrol variant will be priced around Rs 6.5 lakh while the diesel variant will cost around Rs 7.5 lakh, which is slightly lower than Honda City and Hyundai Verna pricing. This might lure new middle-class aspirants who can afford Ciaz through better financing options available with Maruti, but sadly, at this pricing the concept of premium tag will go down the drain. We wonder why Maruti can’t shed this value for money proposition tag.

The combined looks, mileage and value-for-money strategy might have a boomerang effect on the company.

Maruti launched the SX4 in 2007. It initially got a strong response, but the sporty and aggressive looks and features of Hyundai Verna, Honda City and Volkswagen Vento took away consumers’ attention. Maruti sold 4029 SX4 units in the financial year that ended on March 2014, which was 40 percent lesser than the previous financial year. At the same time, Honda City sold 35,844 units in the 2013-14 financial year, registering 17 percent growth compared to last year. In the first 5 months of this financial year, Honda has sold 30,000 City units.

Maruti’s luxury sedan Kizashi met the worst fate. Launched in 2011, the simple reason why Kizashi, despite a multitude of features, never took off was that it lacked exclusivity. Premium car buyers prefer owning a premium brand that masses can’t own, and Maruti failed to keep up with this expectation.

Sub-branding could be the solution?

Maybe, Maruti should take a leaf out of Toyota’s book. To market and promote its SUV product line Lexus, Toyota chose not to use its own name and create a sub-brand which is Lexus. It worked for them as across the globe most of the people think Lexus is an individual brand, and not as a car that belongs to Toyota family.

Maruti must also consider having separate showrooms for its sedan and premium offerings. In a hierarchical society like India, ambiences that make customer feel stand above the crowd can do the magic. Also, it is important for Maruti to shed its the value-for-money tag if it wants to make it big in the sedan market. Not every Indian is comfortable with the affordable label. Rather, they want exclusive and premium cars that they can flaunt among their circle. By keeping Ciaz’s pricing structure at par with segment leaders like City and Verna, coupled with easy financing options can help Maruti win consumers’ hearts.