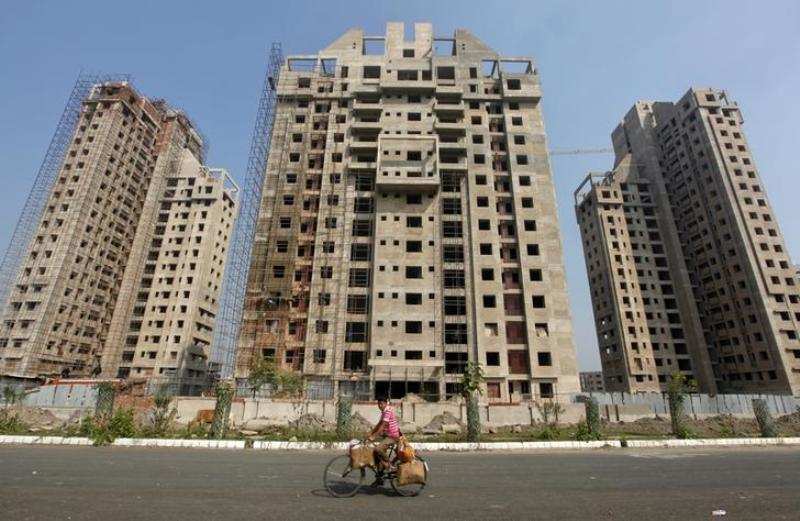 and gold-two most conventional forms of ‘savings’ for Indian mindset-have set the order since ages. They are what signify great economical well being, and planning for the future is never a disappointment when you bet your money on them.
Advertisement

The great Indian middle class that has been riding on the prowess vested in them by the neo economical windfall, has been equally enticed by conventional methods of investments.

Recently , the Rajya Sabha passed a bill that would protect the real estate buyers, specially the home buying segment from possible frauds.

The bill is aimed at bringing in transparency and plug the flow of unaccounted money into the sector. Which means the wild dance of black money calling shots in this arena will perhaps be controlled through stringent measures, if not completely stop it.

The conventional real estate so far, has undergone a world of change. People today don’t depend on middle men or brokers to scout for property. Instead, property websites are gaining popularity and blogs too are pitching into that space by doing their bit in helping a consumer pick up the best of the deal.

Advertisement
Just like air tickets or online purchase of consumer goods, real estate too has had its share of mega followers who have shifted from human intervention to online platform to check a property being listed.

Though there are some apprehensions about why this mode of buying a property is not sustainable since online is not free from frauds or cleverly constructed ‘deals’ that may not be so.

But, how does one rule out the possibility of infusion of fresh money into the saturated market from NRI segments who would like to invest while sitting in the comfort of their chosen destination?

This is not all. Buying real estate at the click has become more of a necessity than a choice. In the life of a busy professional, or someone who lives in a traffic heavy city, telecommuting to see the piece of property or a flat would be worth the time since it is hardly discomforting.

This is the main reason as to why online portals have turned into apps, and they are commanding a loyal set of consumers as well. According to a survey done by a real estate portal, about a quarter of its respondents said they had decided on a property even before they could physically visit the place or finalise the deal.

Advertisement
This is one case of the virtual space replacing a real experience. Would this mean real estate online is the way to go? Not completely because branding and delivering on promises, is something realtors will need to work on since that would mean retaining the trust on their part. What can perhaps be replaced is the amount of time spent on physically checking the real estate or property, with all other processes requiring the physical closure of the deal.

About 70 – 80% searches that happen online pertaining to are for a home purchase or a plot. This typically means if the realtors leverage on this trend, they can very comfortably grow their consumer base without having to spend time on meetings or creating infrastructure.

Online property, owing to the mega size of its deals, conversion rates with respect to deals reaching the closure point are just 30%. But then, this is massive when pitted against the amount of time taken for the deals to close, as against a conventional method. What needs to be factored in, is the aspect of real estate deals having come down in proportion in the last two decades.

As for the government is concerned, the announcement of smart cities and improvement of metro townships has provided some momentum to the otherwise lukewarm sector in tier II or III cities across the country.

Rapid urbanization has changed the human experiences in the past decade. Add to this, the effect and comfort of technology that has been changing the experience in its own way, while also building its credentials of being a ‘safe way’ of dealing with money. Real estate with its needs to grow substantially in the next few years, the deals will probably get faster and sweeter.

Advertisement
At the end, as cities face shortage of middle income homes, and realtors smell an opportunity to growth in that; looks like consumer will be the king of all deals. For he would getting the best out of his money and the possibilities offered by technology.

Appropriate policy changes at the government level and fair practices by realtors are probably the need of the hour to make this a profitable sector that will run the long marathon and is in for a long haul too.