Companies like HUL, P&G & PepsiCo going green for their own sake 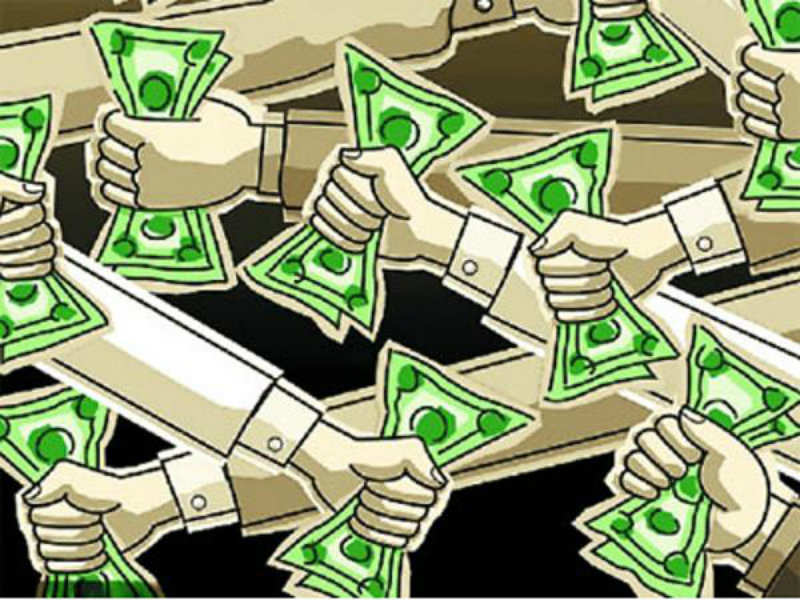 Let's not waste time discussing the superficial policies and motives behind business policies of the big companies as they are doing it for their own sake. Companies such as , P&G and are transforming business processes, factories, sourcing practices, packaging and distribution offices, etc., to counter rising costs, mitigate risks and, basically, save themselves not the planet.

Yes, a solid record looks fantastic on paper. It sounds even better when weaved into the chairman's speech, at HQs or at Davos, where arctic meltdowns had taken a backseat to those of the financial kind, according to an Economic Times report.
So what are the reasons behind it? We should remember that at the end of an increasingly warmer day, companies have a business to run, employees to pay and stakeholders to answer too. And one would also agree that CEOs will always put quarterly financial reports before climate destabilisation reports.
Indeed, making the case for more businesses across the spectrum to adopt sustainable practices is the fact that securing the Earth's future and the company's bottom line, is one and the same thing. Priya Nair, executive director — home care, HUL, said, "As organisations realise this is about business and not just social responsibility then it becomes the heart of brand management, innovation and business processes."
Now read how the big companies have made profits!
Advertisement
Since 2008, Unilever has avoided factory costs of over 400 million by reducing its environmental impact. The major's competition, P&G's Waste to Worth program has successfully found uses for tons of material that was previously sent to landfills; and in the process has created nearly $2 billion in value for the company through cost savings and revenue generation. For instance, in Mexico, waste from the production of Charmin toilet tissue is recycled and used to make roofing tiles. In India, P&G's Mandideep site uses scrap material to build partitions for low cost housing.
"Through this process we are able to diverge 3000 tons of waste per year away from landfill and convert our waste into a product with value," says a P&G spokesperson.
On the packaging front, a seemingly insignificant tweak on Total Effects bottlepump design saved the company 800,000 tons of plastic a year. Since 2007, P&G has reduced packaging by 7% per consumer use; the goal is a reduction of 20% by 2020. PepsiCo's saved over 1,000 metric tonnes of PET in 2013 through innovations in its packaging sustainability efforts.

Of the 130 Heineken breweries across the world, 23 are located in water scarce areas, some in Algeria, Egypt, Tunisia, Indonesia and Spain. Bringing the environment dimension closer to the organisational goals in various ways includes building solar breweries and sustainable water sources.
As Heineken's director global sustainable development, Michael Dickstein observes, "It is not just about eco-efficiency or risk mitigation but also about business opportunity."
Advertisement
In the last couple of years, Heineken has saved around 75 million through its eco-efficiency programs. At the Nyongera brewery in Burundi 100% of product raw materials are locally sourced. Also the brewer has the highest percentage of returnables from production. And in partnership with local farms, the residuals from the brewing process goes into cattle feed as it is rich in nutrients. "We are making sure the shifts are not revolutionary but rather evolutionary in order to keep in balance the profit base i.e. the famous triangle of people, planet, profit," says Dickstein.
The tectonic shifts in the way consumers perceive the role of brands today, have also quickened the pace of transformation. A recent study by McCann Worldgroup indicated that 85% of consumers believe that global brands have the power to make the world a better place. 84% said their ability to effect positive change is higher than that of governments.
For Indian conglomerate ITC, present in categories from foods to hospitality, sustainability efforts focus on two specific areas — the creation of sustainable livelihoods and environmental replenishment.
India is home to 17% of the world population, but has only 2.4% of its land mass, 4% of the planet's water resources, and 1% of global forest resources. And one-third of the global poor live in India.
Pradeep Dhobale, executive director, ITC, asserted, "Globally, the key challenges that are of immense concern are poverty, social inequity and environmental degradation. India mirrors these challenges. Therefore, it is critically important to find ways of replenishing the environment and addressing the threat of climate change that makes rural societies even more vulnerable. ITC's sustainability strategy focuses on Triple Bottom Line performance that builds and enriches the country's economic, environmental and societal capital."
Documentaries on disappearing glaciers, homeless mammals, deadly droughts, depleting ozone and a world on precipice of disaster just might get people to put their empty Evian bottles in the right trash can or even set up compost pits in the backyard. But it's never enough to push companies, big and small, and governments, to tackle environmental and climate change with any degree of urgency. However, the fact that going green will lead to better growth just might do the trick.
Advertisement