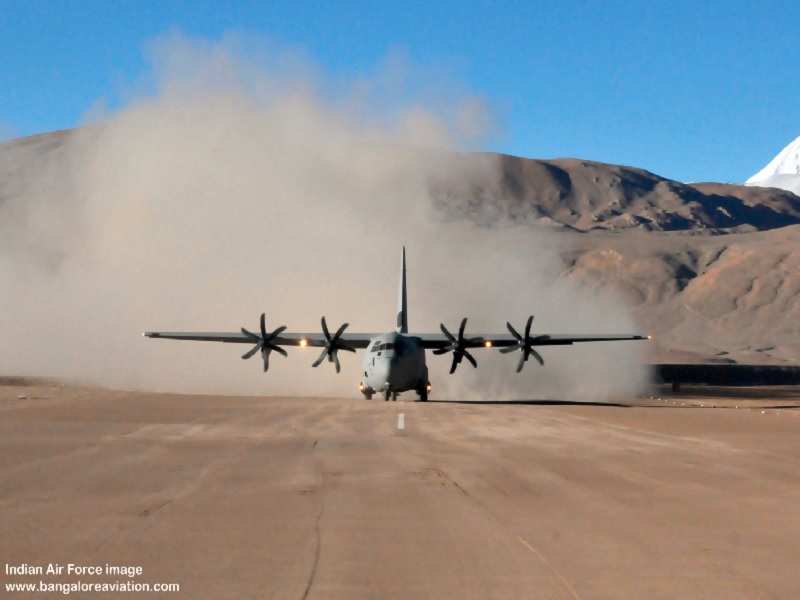 To counter the massive construction and development on the Chinese side along the 1800 km border, India is fast equipping itself with sufficient
Advertisement

After activating IAF four Advanced Landing Grounds (ALGs) at Ziro, Along, Mechuka and Walong in Arunachal Pradesh, the IAF on August 19 th made yet another ALG-the 5th in the row in the North East region at Arunachal Pradesh itself.

These ALGs act as transportation hubs during peace time and in case of contingencies like road closure, landslides, conflicts and war like situations the ALGs would act as launch bases for support of troops as well as replenishment of supplies.

The ALGs got an impetus after state government and the forces witnessed massive construction and development on the Chinese side along the 1,080-km border. The area remains a bone of contention between the Indian and Chinese forces where the line of actual control acts as the de facto border.

Apart from serving the strategic advantage, the ALG at Pasighat will facilitate air connectivity with rest of the country and give a huge fillip to tourism in the state of Arunachal Pradesh.

A flypast by a formation of three Sukhoi-30 MKI Air Dominance Fighter aircraft, that took off from one of the forward Airbases was a highlight of the event. This was followed by a Su-30MKI also landing at the ALG.

The touchdown by a frontline fighter jet of the IAF at the ALG is a 'historic first' in the predominantly hilly state of Arunachal Pradesh, which has several ALGs at varying altitudes.

The new runway surface and other infrastructure built are similar to the other upgraded ALGs that have been inaugurated in the recent months.

Advertisement
Replete with facilities such as aprons for ground manouevering, , perimeter road and a security wall, the ALG will facilitate operations of fixed wing aircraft as well as helicopters of both civil and military operators.

The ALG at Pasighat was taken over by the IAF in February 2010. Previously, it was small strip that was partly paved, partly grassy, and reinforced with perforated steel plates. It was utilized in the past for air maintenance sorties and casualty evacuation by the IAF. Commercial helicopter operations were also being undertaken from the helipads that existed earlier.

The (AAI) is also the process of setting up a civil terminal, the construction of which has yet to commence. Now the need of the hour is for all agencies to get together and make it happen.

It may be recalled that following a MoU between Government of Arunachal Pradesh and in June 2009, the IAF had embarked on an ambitious reconstruction plan to upgrade eight ALGs, including infrastructure development at an overall outlay of nearly Rs. 1,000 Crore.

Two ALGs at Tuting and Tawang are expected to be ready by the year end, while the ALG at Vijaynagar would undertake for reconstruction as soon as the road connectivity between Miao and Vijaynagar is restored.
NewsletterSIMPLY PUT - where we join the dots to inform and inspire you. Sign up for a weekly brief collating many news items into one untangled thought delivered straight to your mailbox.
CAPTCHA: