Curated meals are magical, an art that is satiating taste buds 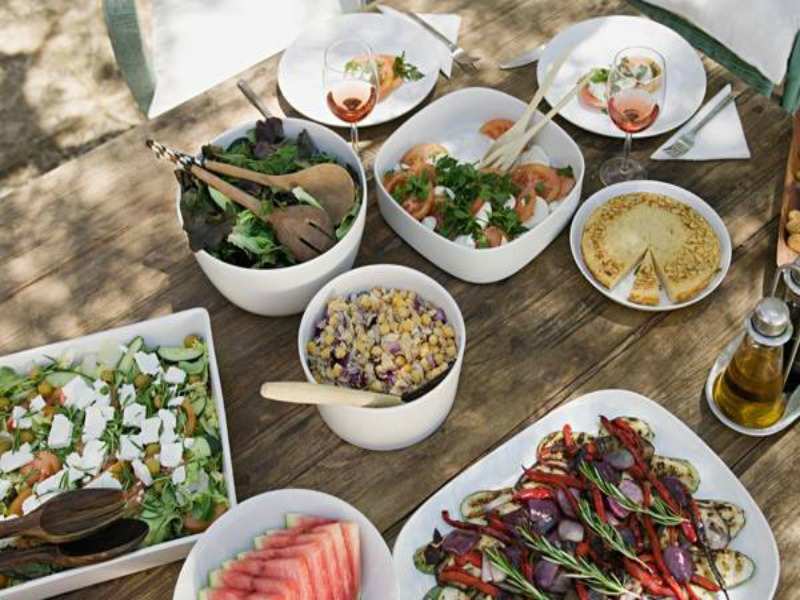 Food is a political stuff. Though the basic role of food is to fill the tummy, give the body its share of nutrients and proteins, modern world has discovered more ways of using food as a means to more important ends.
Advertisement

Haven’t we all heard of power lunch? Working lunch? A business brunch or networking at fine dining places? Food, for sure, brings a lot more people together than business alone can. Food has this unique characteristic of moving from the basic premise of a meeting, and creating a short cut into people’s emotional worlds. Food is a lot emotional stuff too.

From being a significant part of human existence, food has gained many shades to itself. Apart from serving its functional purpose, food has turned a political tool, a decisive element in the society and now, into a form of art.

As the journey of the food got exciting, humans who turned into ‘people’ realized it could work more than its share of brief.

It was as though, the magic capacity of food was unleashed over the world. How else would you explain the ‘fine dining’ occasions helping create business deals, run empires and forge bonds?

Advertisement
Over a period of time, after globalization left the borders open for everyone; food also underwent a massive change. People tried cuisines that were unheard of, and surprisingly, realized they took a liking to something so foreign and vivid.

To understand how Americans love Chinese takeaways and UK loves its butter chicken, you need to understand how cheese has become almost inseparable from wine evenings all over the world.

With that, meals became more than what they were. Food moved beyond being a matter of taste and nutrition. It assumed the form of art.
As of today, when gourmet meals are ‘curated’ and created plate by plate, they remain a mark of exclusivity and craftsmanship. And it’s nice to see when artisans are still in awe of their work. After the crafted meal has made its way into the stomach and intestines of its eater, a chef reinvents his art; betters it and adds his creative juices to make the experience even more enjoyable with subsequent time.

The palates long for even more exclusive taste.
Advertisement

Having relished the taste of such art form that has evolved for better; demand for curated meals has only increased in the recent past. Hence it is little surprise that Mumbai launched India’s first home delivery of restaurant style meals. The venture has tasted good success too.

Indians are hungry for varied cuisines. They love their share of pasta with biryani, if need be, even working a combo of burritos and pulao depending on the weather. ‘’ as a concept is pitted at changing the dynamics of marriage between Indian food and international cuisine.

Going by the fact that experience makes human existence complete, these meals, created by celebrity , have the unique aspect of being able to have a hands on experience of creating these dishes, with perfectly measured ingredients. This truly is the USP of Haute Chef, says CEO Vishal Shah.

For Chef Brar, this experiment of creating an experience that was lost in the tide of time.

“Future of food is bright in India, because our people have a taste for many varieties of cuisines. The situation right now, pertaining to food, is extremely conducive owing to the fact that we have capital, technology and the market to create niche products. Ours is a vibrant scene because food for us, is nothing less than the culture itself” he says.
Advertisement

Haute Chef has an interesting line of dishes with Chicken Cafreal, Veg Crudites, Akhrot Aioli, Biryani Galette, Desi Ratatouille Makhani, Achaari Watermelon and Tahini Raita so on and so forth.

In a time-pressed world, CEO Vishal Shah really took a huge risk despite the skepticism of meal kits working in a market that is so accustomed to the ready-to-eat meals.

“Indian food market is rapidly evolving. Our niche segment is as exclusive as our line of products. This is a very promising aspect. It is catering to our idea of bringing artisan meal experience into people’s kitchens, and allow them to rediscover the joy of rustling up magic,” he adds. Magic, it truly is; the food we mean.