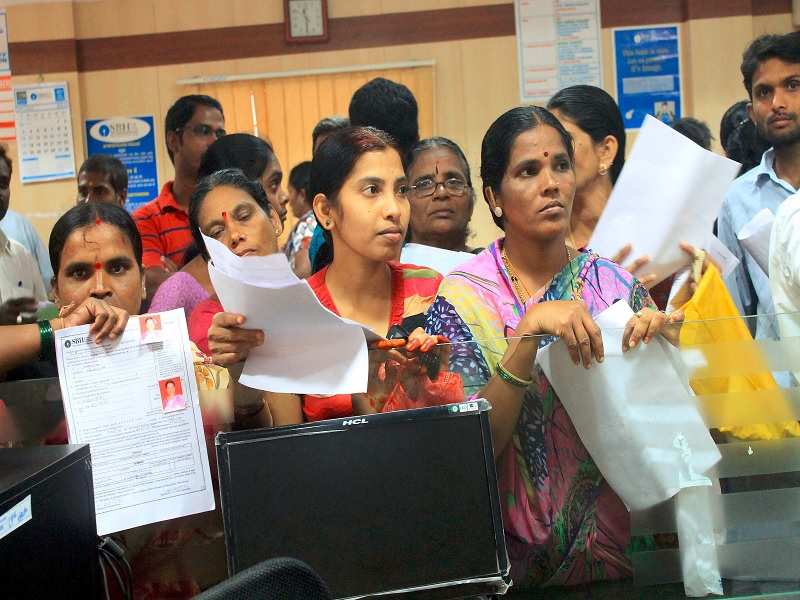 Total deposits in have increased to Rs 64,252.15 crore, with Uttar Pradesh leading the chart with Rs 10,670.62 crore deposits followed by West Bengal and Rajasthan, the government said today.

The Centre also stressed that no public sector banks had given any instructions to their officials to deposit Re 1 or 2 to avoid zero balance in Jan Dhan accounts.

"As on November 16, 25.58 crore accounts with aggregate deposits of Rs 64,252.15 crore have been opened under Pradhan Mantri Jan Dhan Yojana (PMJDY) across the country," Minister of State for Finance Santosh Kumar Gangwar said in a written reply to the .

Advertisement
Leading the pack of states, Uttar Pradesh has the highest number of account holders to the tune of 3.79 crore and therefore highest deposits of Rs 10,670.62 crore. It is followed by West Bengal with 2.44 accounts and and deposits of Rs 7,826.44 crore.

Rajasthan comes at the third spot with 1.89 crore accounts and the deposit in these accounts totals to Rs 5,345.57 crore while Bihar with 2.62 crore accounts have deposits of Rs 4,912.79 crore as of November 16.

Advertisement
"All public sector banks have denied giving any instructions to deposit Re 1 to 2 in the zero balance accounts," he said.

"Banks have been asked to ensure linkage of all PMJDY accounts with Aadhaar number in a time-bound manner. PMJDY envisages channelising all government benefits to the beneficiaries to all accounts opened under the Yojana and thus trying to bring down the zero balance in such accounts by transferring Direct Benefit Transfer (DBT)," he said.

In reply to a separate question, Minister of State for Finance Arjun Ram Meghwal said the currency in circulation as on November 11 is Rs 17.87 lakh crore.

Advertisement
RBI presses printed 2,119.5 crore pieces of bank notes during 2015-16 as against 2,365.2 crore pieces in the previous fiscal, Meghwal said.

Replying to another question, Meghwal said introduction of new series of bank notes in various denominations which are distinctly different in terms of look, design, size and colour has already been approved by the government.

Advertisement
The new banknotes in denominations of Rs 2,000 and Rs 500 are already in circulation and other denomination banknotes will also be circulated in due course, he said.

Next StoryDemonetisation beneficial for banks but will impact GDP: Moody's
Advertisement
Popular on BI
1
Elon Musk's brain-chip company, Neuralink, released a video of a monkey playing video games with its mind
2
Prince Philip quote about reincarnating as a deadly virus to solve 'overpopulation' resurfaces
3
Prince Philip's death doesn't impact the line of succession since he was never going to take the throne
Latest Stories
Trending News
Buying Guides
Advertisement
Advertisement
Demonetisation beneficial for banks but will impact GDP: Moody's
These are 23 places where you can still use your old Rs 500 note
Cash crunch will continue to haunt for next 4-5 months, says bank association
Popular Categories
Trending Right Now
More from our Partners