Drones and virtual reality: Time to send your adrenaline high 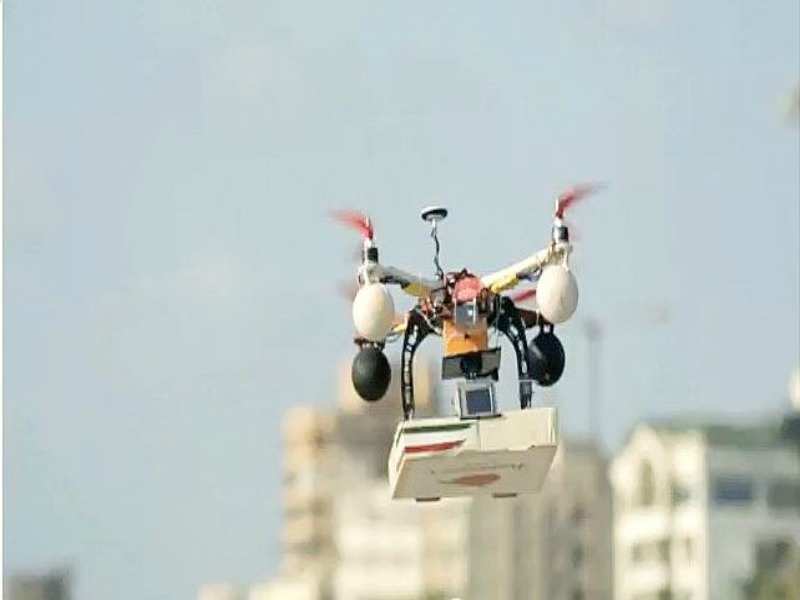 With the recent CES International creating headlines and stirring techie minds to the lees, have become the talk of the town, grabbing eyeballs of even the complete non-techies. Consumer drones have indubitably turned out to be the next big thing in the technological world, proffering adventure enthusiasts opportunities to experience flying at its best without having to board an airplane or helicopter.
Advertisement

The drone maker company DJI Drones along with Zeiss, the famous tech company hailing from Germany, designed and developed the CloudLightFPV app that gives you the chance to maneuver your drone by simply donning the headset and turning your head to a direction you wish.

You get what you wish to feel, the sense of being in the air while still being grounded.

Wear the headset and you are transferred to a different world altogether, a world which endows you with pleasure galore in experiencing newer locations every time.

Such are the impeccable and innumerable possibilities and opportunities brought out by the drones in the world of that companies can in reality make the best of it and reap immense benefits.

Advertisement
Tour the gorgeous Grand Canyon or the gargantuan Great Wall of China by checking out every inch and corner of the structures without going out of your cozy niche. With the headset as your weapon, you would feel like flying in the air within a bubble and getting a bird’s eye view of the beautiful world that Mother Nature has built for you.

Get the perfect shots of the Niagara Falls or catch the Himalayas in all her graceful beauty with virtual reality at its best in the form of the dynamic drones.

What’s more, the drones can be used up to be driven and operated by more than one person. And this could be put to use by many companies as well.

With such incredible designs and technology being molded into drones one can now even think of getting detailed footage and reports on the sites of work while not having to move out of office or home. All you need to do is instruct your team to give you detailed images of the site by sitting within the drone while the captured images in their complete 360 degree views are transferred to you in all its clarity in your Virtual Reality space.

Even it can also be manned by someone else and photos captured by a different person to relieve you of the burden of the heavy headsets perched up on your nose. On the other hand, if you wish to get the real experience of virtual reality you could get yourself equipped with such headsets from a mélange of companies such as , HoloLens by Microsoft and Oculus.

Advertisement
If you wish to use your smartphone in the smart way, pep it up with the unique drone app exclusively made for such devices.

Once you have this app you have the cosmos of virtual reality in your grip. Kolor by is one such impeccable innovation in the genre of smartphone application accoutered as it is with a mind blowing camera system that boasts of incorporating the virtual reality technology.

With this app you can easily watch out the videos and photos in their virtual reality version with just a few clicks on your smartphone.
YouTube buffs also have another such captivating virtual reality app named YouTube 360 which is no less handy and mesmerizing than the Kolors.

With such striking and exciting gadgets at your disposal, televisions may turn out to be passé. Who would not love to experience the thrills of the real world without having to leave their comfortable corners? And Virtual Reality Headsets from top notch companies along with their companion drones are truly making this dream come true for hard core tech geeks and adventure aficionados.

This is when something like the Bebop is born. This mind blowing gadget has been designed in a way as to integrate and compile the awesome features of a consumer drone and the mammoth headsets. The new generation virtual reality device is supposed to come with a controller whose heavy weight can be alleviated to some extent by mounting it on your smartphone, a feature which also helps you get glimpses of everything while you soar up.
Advertisement

So, all you techies out there, gear up for some truly engaging, entertaining and impressive virtual reality experiences round the corner to send your adrenaline high. No doubt that the CES International thought it worthy of devoting such sprawling areas for displaying these larger than life exhibits.