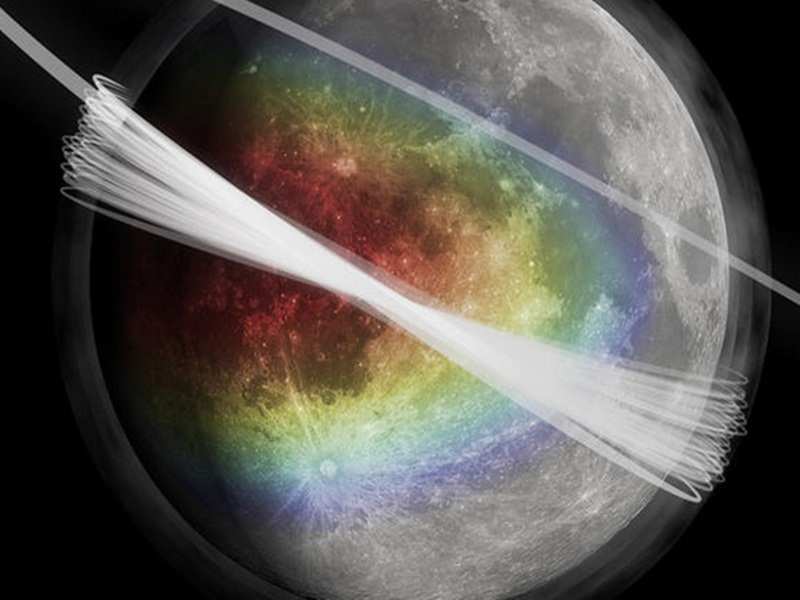 Since a long time, space researchers are looking to the in order to understand the history of our own planet Earth. A study published in the journal Nature revealed that the Earth next-door neighbour and only natural is engulfed in a permanent but lopsided dust cloud made up of tiny dust grains.

The dust cloud increases in density when annual events like the Geminids meteor shower spew shooting stars, according to space researchers.

Mihaly Horanyi, who is a Physics professor at , said, this cloud is made up of tiny dust grains kicked up from the Moon's surface by the impact of high-speed, interplanetary dust particles.

Advertisement
According to Horanyi, “A single dust particle from a comstriking the Moon's surface lofts thousands of smaller dust specks into the airless environment, and the lunar cloud is maintained by regular impacts from such particles.”

The space scientists discovered the cloud using data from the US space agency 's Lunar and Dust Environment Explorer, or LADEE, which launched in September 2013 and orbited the Moon for about six months. During this mission, a detector on board called the Lunar Dust Experiment (LDEX) designed and built by CU-Boulder charted more than 140,000 impacts.

The first hints of a cloud of dust around the Moon came in the late 1960s when NASA cameras aboard unmanned Moon landers captured a bright glow during lunar sunsets, said Horanyi.

Advertisement
The dust on the Moon was created over several billion years as interplanetary dust particles incessantly pounded the rocky lunar surface. As it’s dark and sticky, the suits of moonwalking astronauts became dirtier.

This research could also help scientists edge off hazards for future human exploration. For instance: dust particles damaging spacecraft or harming astronauts. (Image: and )
NewsletterSIMPLY PUT - where we join the dots to inform and inspire you. Sign up for a weekly brief collating many news items into one untangled thought delivered straight to your mailbox.
CAPTCHA: