EasyM2M to launch underground wireless technology and iWristPhone for miners 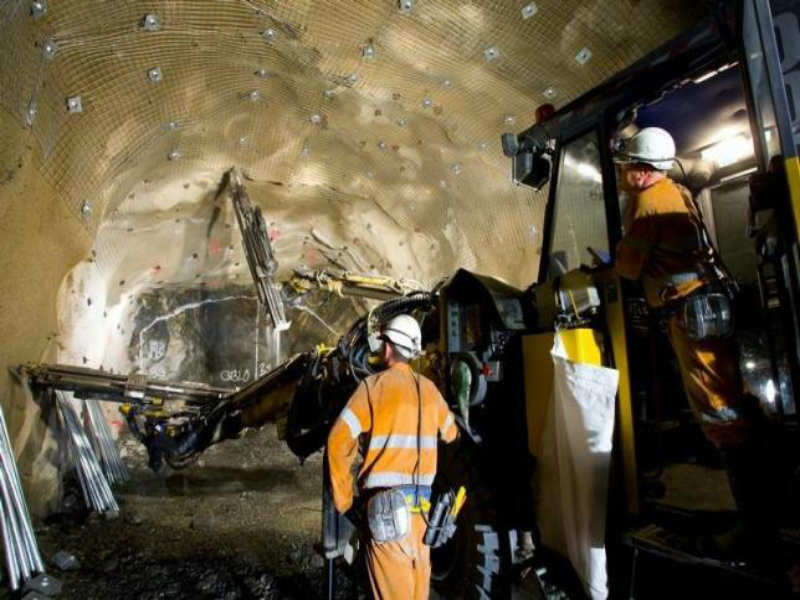 In order to facilitate two-way communications between miners and officials of the control rooms at the surface, a Bengaluru-based company, will introduce underground facility inside and wrist phones for miners to enable real time tracking, according to an ET report.

"One dies every third day. A lot of time is lost in miners trying to communicate to the surface during an accident, emergency, or even for quick advice on how to fix a machine," Priya , founder of EasyM2M Technologies, told the financial daily.

EasyM2M Technologies has tied up with the (ECL) to launch the WiFi service and wrist phones. ECL is a that owns 105 coal mines in the country, the majority of which lie in West Bengal and parts of Jharkhand.
Advertisement Meanwhile, EasyM2M is part of 's 10,000 startups and TiE, and an incubatee at the International Institute of Information Technology Technology ().

Mines in India, both underground and opencast, generally have just one phone or an intercom device for miners to communicate with the monitoring and control rooms. But such systems barely work and are not very dependable, said Kumar.

Kumar and his team built wireless mesh networks to provide internet at all times to support the features of . Apart from WiFi and Bluetooth, the wearable has a gravity sensor that can detect miners falling and being trapped, can monitor and record their GPS coordinates every minute and has a three megapixel camera for video calls.

Advertisement
It can also measure the heart rate and blood pressure. The mobile application will record the data and can be used by those on the surface to communicate with the miners. Wireless mesh networks cost one-third the installation cost of regular WiFi networks, and eliminate the traditional coal mine monitoring systems that are wired network systems.

"Often, miners are trapped for hours when a hazard takes place. They could with doctors and get on-demand medical advice when there is no way out. Video calls can be made to the rescue teams within minutes, something that would otherwise take hours," Kumar told the ET.

India has over 3,000 mines, according to government data, presenting a large opportunity for the company.
Advertisement Mining hazards stem from all kinds of causes. Almost 45% of accidental hazards are due to unfore seen rooftop collapses, followed by rope haulage, and explosions and electricity malfunctions. The possibility of methane gas leaks and explosions in coal mines makes them more dangerous than gold and other metal and iron ore mines.
(Image: Reuters)

Next StoryHow to use Google Maps when you have no phone service
Popular on BI
1
Reddit cofounder Alexis Ohanian just quit the company's board in a 'long overdue' move to do the right thing, distancing himself from a site famous for racist content
2
Bill Gates said it's hard to deny vaccine conspiracy theories involving him because they're 'so stupid'
3
Solar eclipse June 2020 date, time, schedule: Everything you need to know
Latest Stories
Trending News
How to use Google Maps when you have no phone service
HDFC’s online payment App, PayZapp, makes payments a breeze
DoT expedites spectrum allocation to telecom players, issues LoI
COVID-19IndiaCases: 236,657Deaths: 6,642Recovered: 114,073
COVID-19WorldCases: 6.54mnDeaths: 387kRecovered: 2.75mn
COVID-19USACases: 1.84mnDeaths: 107kRecovered: 492k
COVID-19Access our Live Coverage
Popular Categories
Trending Right Now
More from our Partners