Eat 75% less oil in your food every day. Here’s how 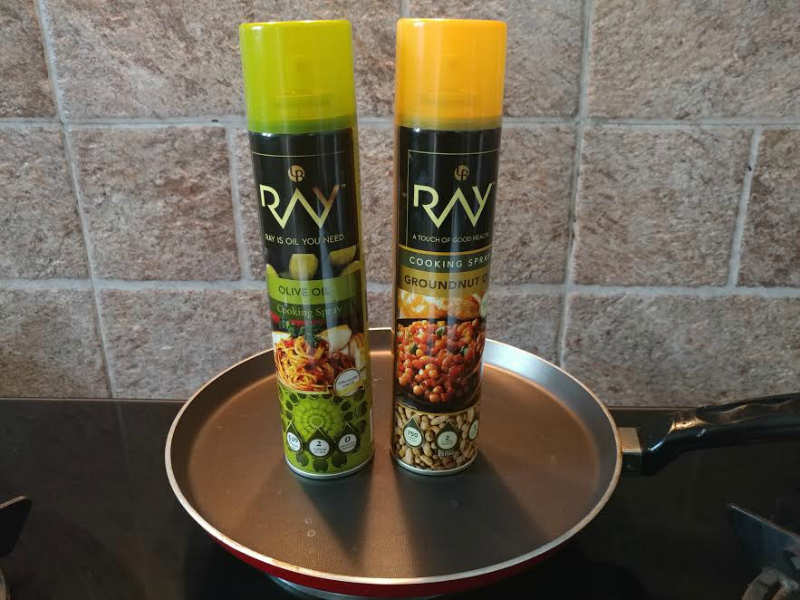 Advertisement
The New Year is getting old and people who promised to lose weight are definitely carrying on with their fitness regime. It&rsquo;s not even a month, dude! But there are few, who are already bruised about the fact that they aren&rsquo;t losing as fast as they had expected. Well, fat loss is a long term procedure and not just a 7 day thing. I didn&rsquo;t mean to discourage you, though. However, to continue with your fat loss regime, I believe you are following the right kind of diet that doesn&rsquo;t contain much oil.

Indian cuisine needs oil. It&rsquo;s just not roast or grilled. To cook a portion of curry or dal, you need some oil. If you have been struggling to balance the oil quantity, I have a solution for you. What if I tell you that your food will still taste the same even after adding &frac14; of oil that you are using to cook Palak Paneer or Butter Chicken.

Favorite among chefs around the world, cooking spray is now in India for calorie free delicacy. Nagpur based, has introduced &ldquo;Ray&rdquo; cooking spray. , the exact kind of cooking spray that would put on the pan before aggressively adding lamb pie in it.
Without any doubt, traditional Indian cuisine is usually made with a copious amount of oil and ghee, which is one of the main embodiments of an unhealthy diet. Indian consumers are at par with their global counterparts in this daily struggle to restrain calorie intake to achieve their lifestyle and fitness goals. Internationally, cooking sprays are commonly used and now their awareness and uses are gaining ground in India as well.

Advertisement
How does this spray work?
cooking spray with its unique dispensing mechanism, enables consumers to use the optimum amount of oil in their cooking. This results in reduced consumption of oil/ghee by approximately 80% as tested and certified by laboratories. Each can offer around 700 -750 sprays, which can cook the same quantity of food that traditional cooking requires 3 liters of oil.

Myths debunked
One of the common myths of traditional Indian cooking is that usage of more oil results in tastier food. However Ray cooking spray diffuses this myth and promises that the taste remains intact. So one can really relish food with gusto and not worry about sacrificing flavour for the sake of a healthy diet.

Evenly spread
The Dispense mechanism allows the spray to spread on the pan for cooking giving it complete coverage which is apt for cooking and reducing oil or ghee intake. This not only reduces the usage of oil/ghee but at the same time the taste in unchanged.

Sin-less gluttony
Advertisement
It also makes for quick greasing of a baking pan so muffins, cupcakes or cookies slide right out. While a pat of butter or tablespoon of oil does the same job, these add more fat and calories than is necessary. Moreover, the convenience of being able to use oil or ghee in spray form only adds to its appeal as issues of storage and spillage are managed better. Ray cooking spray is available in 4 variants viz Groundnut, Sunflower, Olive and Ghee

Availability
Ray cooking spray is currently available in Mumbai, Pune, Bangalore, Nagpur, Hyderabad and Delhi. Plans to expand to markets in Ahmedabad, and Chandigarh are in the pipeline. Consumers can opt to buy the product online or from the nearest retailer.
NewsletterSIMPLY PUT - where we join the dots to inform and inspire you. Sign up for a weekly brief collating many news items into one untangled thought delivered straight to your mailbox.
CAPTCHA: