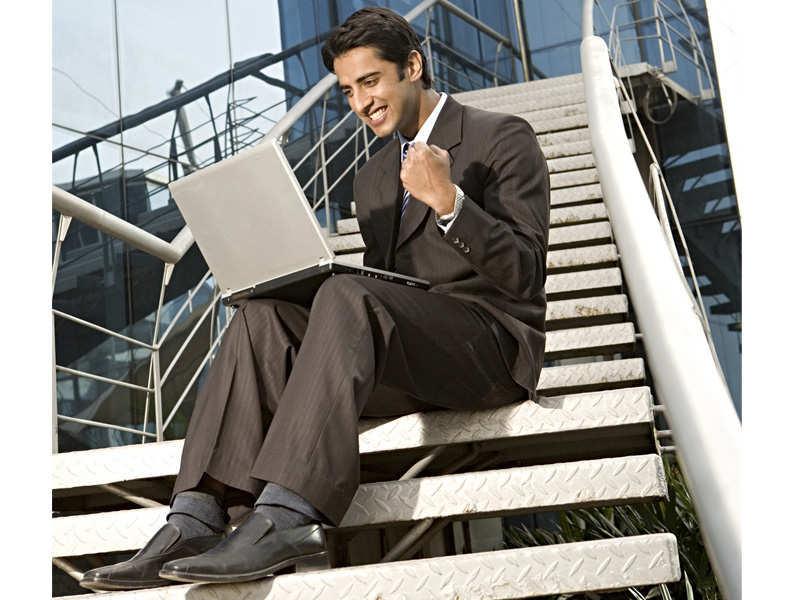 Recently, the world’s largest information company has started a campaign for its search business in India and Pakistan, which narrates an emotional reunion story of two ageing friends who were separated by the 1947 Partition of the sub-continent. But this has raised some vexed questions within the Indian business community. Why has Google, which literally monopolises the search business of the two neighbouring nations, taken up such a campaign to promote its business? Most of these observations are, however, made to highlight the ‘feel good’ business practices followed by Google.

But I would take this context to explore the new dimensions of the business strategies, which are commonly practised by multi-national information companies in emerging economies, within the contours of new-generation information business.

According to Alexa.com, a Web traffic tracking company, the top 5 websites visited in India belong to American multinational corporations including Google, and . All these companies are NASDAQ-listed and rated as blue chip stocks.
Advertisement

For the analytical purpose, I classify this type of companies under the business category User Generated Content (UGC). It is because these information-based companies fundamentally depend on the content generated in the public domain. In other words, new-generation information-based companies don’t have their own internal mechanism and resources to produce information. They provide only a technology platform to aggregate and disseminate information generated by the , business entities, and other public and private institutions, using their own economic resources.

For instance, let us analyse one of the wealthiest companies – Google. Google provides an online platform to find a particular piece of information that has been generated by third party content generators. Google neither produces nor sells its own information. So functionally, this firm does not offer any product or service apart from its search algorithm. That means Google functions as an to link information seekers and information producers. The same principle is applicable to all its subsidiary initiatives such as , Google Images, Google News, Google Books, etc. World’s most popular social networking sites Facebook and Twitter also work on similar lines, but their content aggregation methods are different. Search engines aggregate and index information robotically, but social media companies get the information directly from their users without any technological complexity. Therefore, technology intensity in social networking sites is less or meagre, compared to search engines like Google.

Information generation is a knowledge-intensive and cost intensive process. In the so-called information-based , major costs are incurred at the time of content generation. These include cost factors involving time, labour, learning, etc. The participation cost (transaction cost) for users to take part in this sector is high, especially in the developing nations. The leading UGC-based companies like Google, Yahoo, Facebook and Twitter generate huge profits in the short run because they are not involved in content production and get it freely from users.
Advertisement

From an economic point of view, the stock value of UGC-based companies would be determined by their user base and the volume of UGC. As these two are highly correlated, a cut in user base and UGC may drastically affect the stock prices of these companies. To avoid such negative impact in the market, various ‘happenings’ for UGC production are extremely important. In short, ‘events’ that lead to mass content generation would play a key role in UGC-based companies to increase the value of their stocks. Developing countries like India are none too bothered about the implicit transaction cost and are more interested in engagements of public discourse. That may be the reason why UGC-based companies aggressively focus on socially dynamic nations for their business, within the ‘feel good’ framework of freedom of expression.

Now, let us put this issue within the purview of and its economic impact in developing nations. World’s leading UGC-based companies are headquartered in the US and their central data servers are also located there. UGC is the major raw material for UGC-focused firms and the globally generated content would be stored in their central data servers. In fact, the technological advancement-led trade enables UGC-based companies to access their production input (UGC as raw material) across national boundaries without any trade barrier. Furthermore, they can sell their advertisement inventory globally without any trade restriction. Its economic impact on developing nations is significant in the modern trade regime, especially in the wake of WTO’s Trade-in-Service Agreement.

The transaction cost for participating in Internet activities is high in countries like India which are technologically less developed. For example, Facebook has globally generated 18.4 billion visits in October 2013 (source: Alexa.com; Similiarwebs.com). Out of these, 1.4 billion (7.8%) visits were from India. In our estimation, the average bandwidth spend is 3 MB per user for a single Facebook visit. In India, the average cost for 1 MB bandwidth would be around $0.06. Based on this data, estimates show that approximately $252 million have been spent by Indians in October 2013 to access the Internet for visiting Facebook. If we add other cost parameters like time, infrastructure, transportation, etc., it would come to around $500 million. Out of this, we could forecast that Indians would be spending about $6 billion per annum for accessing Facebook.
Advertisement

Next we look at the earning side of the business. According to Facebook’s official data announced in 2011, it annually generates an average $2 per user from Asian nations, and $10 from the US and Canada. Since 2011, Facebook has been experiencing tremendous growth in Asian nations, especially in India. According to market estimates, it may earn around $5 per user in India per annum. Currently, Facebook has around 82 million active users in India. Using this statistics, I estimate that Facebook may earn around $410 million per annum from India.

In short, Facebook, a social networking company headquartered in the US with 4,619 staff members and revenues of $5 billion (in 2012) globally, makes a total economic activity of $6 billion per annum in India. If we apply the same estimates for the remaining top 4 UGC-based companies (perhaps, the actual estimation would be higher than Facebook due to more multimedia content), it would be approximately $24 billion.

In trade terms, the top 5 UGC-based MNCs generate around $2 billion per annum from the Indian user base without any trade rule of negotiations. It comes to around 29% of India’s Electronic goods (hardware and software) exports. If we include the remaining popular UGC-based websites in India like Twitter, LinkedIn, MSN, Dailymotion, etc., the economic pie would grow even bigger.
Advertisement

Based on the above minimalist estimations, we can understand that the new-generation UGC-based companies make a significant impact on developing nations’ economy, and it is sure to grow in leaps and bounds in the future if it keeps its present growth momentum. Therefore, economically vibrant nations like India should frame its internal and external policies for this segment and all emerging nations should think about how it can be incorporated within the trade framework of WTO to get some benefits out of it.