Advertisement
SCMP
Sep 12, 2019, 15:05 IST
Lucie Somé with some of the insect snacks sold by Grazing. Picture: Jonathan Wong
Lucie Somé unpacks the contents of her bag onto a table in a cafe. “I promised to bring snacks,” says the 32-year-old.
Advertisement

But there are no pistachios, seaweed or cheese balls here, just smoked onion- and barbecue-flavoured crickets, herby mealworms, crunchy grass­hoppers and an energy bar made from , goji, chia and powder.

“What do you want to try first?” asks French-born, Hong Kong-based Somé, who is on a mission to change perceptions about entomo­phagy – the consumption of insects. While it might be hard to swallow in the West, it is a practice that has been going on for thousands of years. Today, about 1,900 species of insects are eaten by about two billion people, according to the United Nations’ Food and Agriculture Organisation.“It’s about erasing the ‘yuck’ factor,” says Somé. “People need time to adapt and see that eating insects is no different to eating shrimp or lobster. It’s just what people have been conditioned to think about what is accept­able to eat and what is not.” 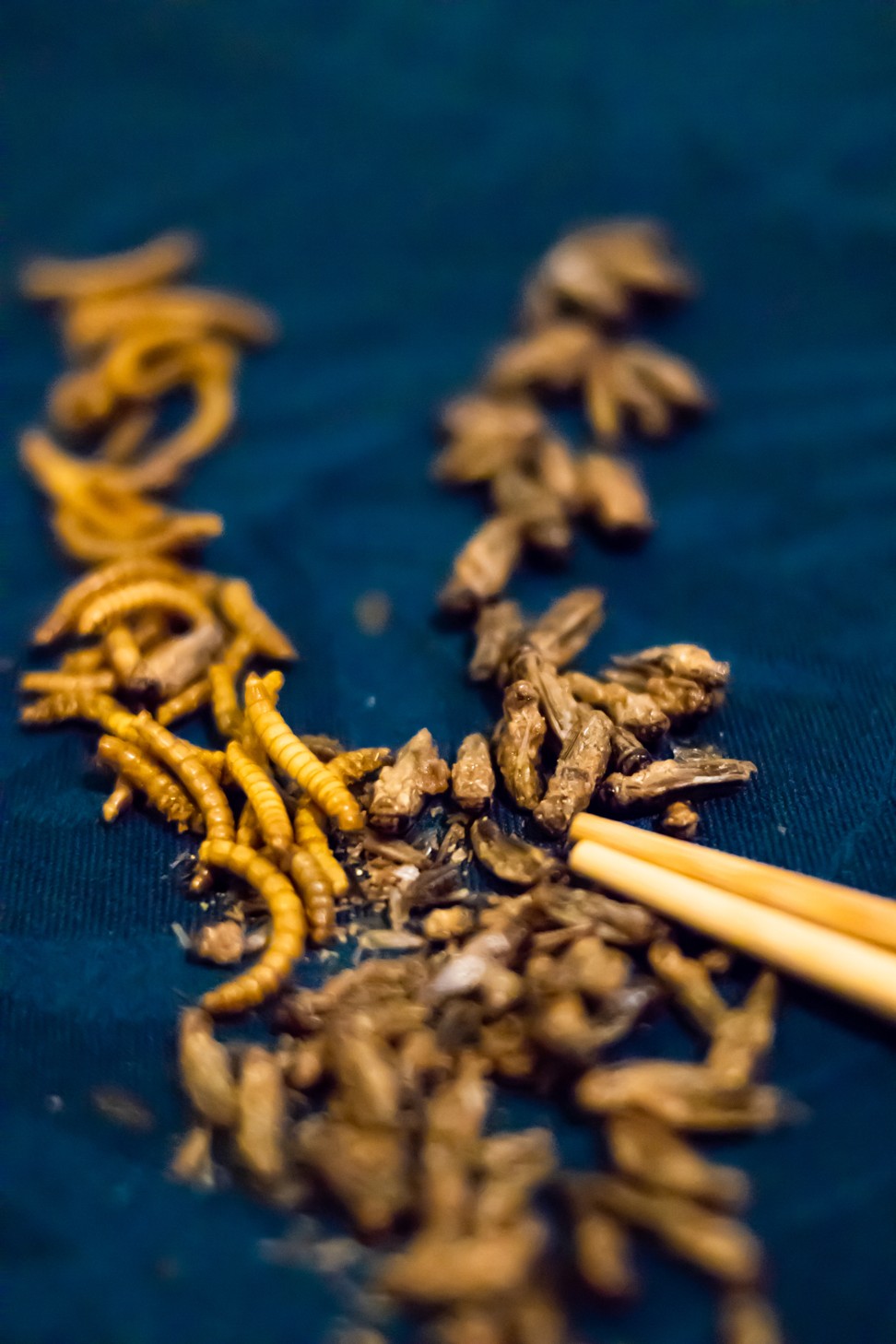 Advertisement
This month, online food retailer Grazing, co-found­ed by Somé, will launch a range of bug-based snacks from France-based Jimini’s, and Bugsolutely, a Thai company that uses insect flour as a key ingredient.
Having hosted insect tastings in , Somésays the feedback from consumers and those in the food industry has been positive.

“Chefs Petrous Moldovan and Xavier Yeung from Épure restaurant , a Michelin-starred restaurant in Tsim Sha Tsui, tried my products [crickets and grass­hoppers]. They really liked them and will use them for upcoming events,” she says.

It’s no surprise that people are jumping on the bug bandwagon. In a world with an ever-growing population and shrinking food resources, consumers are making more informed choices when it comes to what they eat, with a growing number seeking alternatives to meat. Bugs fit that bill – they are healthy for both people and the planet.

Insects are rich in protein, vitamins and amino acids and leave a small environmental footprint, requiring less land and water to rear than larger animals. To produce the same quantity of protein, crickets need six times less feed than cattle, and they emit less greenhouse gas and ammonia than conventional livestock, according to the UN. 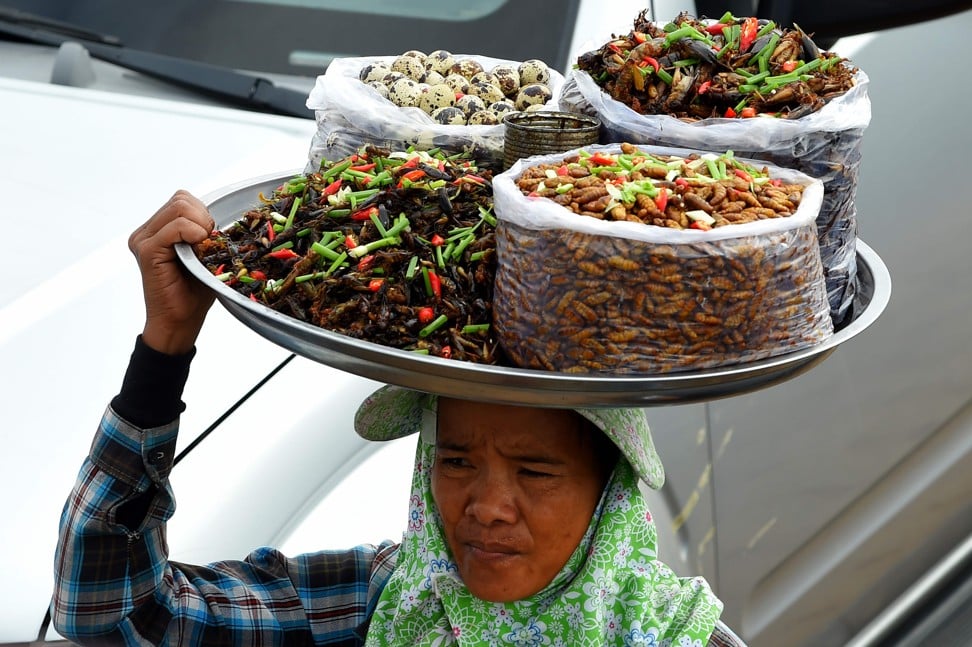 Advertisement
A vendor carries fried crickets and other edible insects on a ferry in Phnom Penh, Cambodia. Photo: AFP

By 2030, global sales of edible insects, sold either whole or in the form of smoothie powder, are expected to grow from US$1 billion to US$8 billion, according to one recent report.

But, as with any type of food, in the final analysis it all comes down to taste.

Somé’s apricot and ground crickets protein bar is rich, sticky and full of flavour, and there is no sensation of eating bugs because, as with the pasta and granola, the insects were used in powder form. It’s a differ­ent story when it comes to the cricket and grasshopper snacks, which look like what they are. Both are crispy and light in texture, and they could be enjoyed as an accompaniment to a cold beer on a summer’s after­noon. The taste is dominated by whatever flavouring has been added.

“Edible insects are the future,” Somé says. “So people should start seeing them in a positive light.”