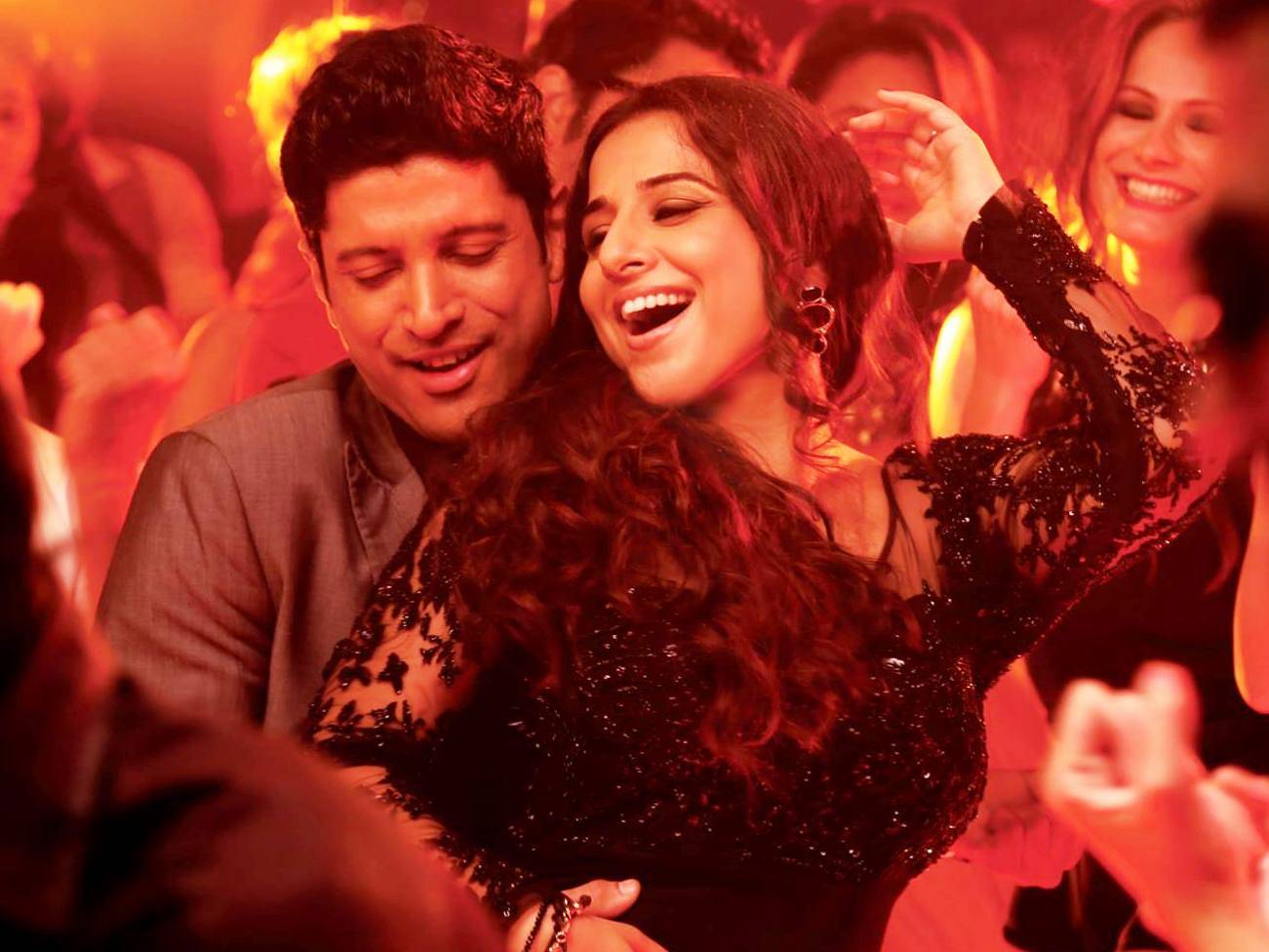 Here’s the New Year’s first that should have hit the theatre on the Valentine’s Day. But the Farhan Akhtar-Vidya Balan starrer has arrived exactly two weeks late and you can’t even call it a hit, in spite of a decent opening. The lead duo rocks, of course, and director does his best to bring back the impish charm of his directorial debut, . Nonetheless, the (pseudo) sequel, ( ), lacks the earlier spice and spunk, at least during the second half. The new movie has a new star cast as well – Farhan & Vidya as & instead of ’s and . And it could be one big reason that makes the difference here. is quite brilliant as Sid and Vidya remains irresistible, but not in the same way the ‘other’ Trisha pulled it off.

Predictably, Shaadi Ke Side Effects saw a somewhat slow start at the , netting a little over Rs 5 crore on the opening day (February 28). But collections went up dramatically during the first weekend and the movie netted around Rs 21.5 crore at home after Day 3 as most of the circuits saw 40% or more growth. Overall occupancy was 60-65% but some of the major multiplex chains saw even 70-80% occupancy in the evening shows over the weekend However, earnings slumped on the crucial Day 4 (Monday, March 3) to Rs 4 crore, according to industry estimates.

That’s definitely a roller-coaster ride at the , but not without reasons. For once, the inconsistency in collections seems to replicate the movie’s roller-coaster performance – a mature in the beginning that gradually loses its ‘cool’ and gets totally clichéd and utterly predictable at the end.
Advertisement

To begin with, you have Farhan Akhtar (Sid), a married man caught in the baby trap after a lot of scotch and a passionate night. As usual, it is wife Trisha (Vidya) who dotes on the baby and leaves her job to raise it, but hubby is not ready yet to accept the catastrophe. Interestingly, if Sid was commitment-phobic in PKSE, here we find a man who is literally struggling to keep his happiness, self-confidence and sanity intact – a much tougher task than before. So he starts leading a dual life – reliving (not very convincingly) his carefree days and weaving a string of white lies (as sagaciously advised by brother-in-law and the ‘perfect dad’ ) to appease a nagging wife.

The situation gets pretty taut emotionally and also tougher, thanks to the demands of baby care (remember those scenes from Heyy Babyy?). But every incident turns out to be incredibly funny and Farhan keeps the comedy sparkling till the end. His perfect comic timings, hilarious jokes, sardonic voiceovers and the interplay between family and freewheeling cause some laughter riot and give us a rocking time. More so, because they are so everyday kind of humour and happenings, so relatable yet so quirky. Even in terms of comic scores, Vidya complements Farhan while their poignant on-screen chemistry holds together a near-absent storyline and a weak script.

But beneath these layers of breezy fun, there are glimpses of a disturbing reality that Chaudhary decides to keep out of the frame. The growing lack of communication between Sid & Trisha, the of motherhood or the painful efforts the two make/don’t make to come to terms with reality could have thrown open a plethora of possibilities and held the centre stage at the end.
Advertisement

Instead, we get some – stereotype characters that look like caricatures, some gross gender politics (why should Farhan have all the attention, one wonders), superficial confrontations and rapid reconciliations. It almost looks like Chaudhary has a rulebook for ‘turning happy marriages into happy parenting’ up his sleeves and scripted the later part of the movie accordingly. And that makes Shaadi Ke Side Effects an average, humdrum rom-com that could have been a brilliant black comedy with uneasy questions disrupting the free flow of laughter.

Anuradha: A tear-jerker without impact
Here is one that should be left severely alone unless you want to watch a paragon of virtue suffering for nothing and enduring it all. Directed by , the movie features two debut actors in the lead roles – and . But that’s where the novelty ends. Disha, an ideal daughter, wife and sister, is the good old weeping bahu oppressed by mom-in-law as she demands dowry and snubbed by sis-in-law () who displays loads of filmy depravity. But unlike other ‘woman-centric’ movies of the 80s and 90s, there’s no unique storyline here or strong characters who can be a role model of sorts. So the output is, once again, too clichéd to be palatable. We have not got the box office numbers yet but some industry insiders peg it at Rs 25 lakh on the opening day (February 28) and further updates are awaited. Meanwhile, get ready for the upcoming Friday that will usher in loads of thrill, excitement and fun in the form of , and .

Advertisement
Image: Indiatimes
NewsletterSIMPLY PUT - where we join the dots to inform and inspire you. Sign up for a weekly brief collating many news items into one untangled thought delivered straight to your mailbox.
CAPTCHA: