Preeti Soni
Nov 26, 2019, 22:20 IST
Cosmos Maya/ Motu Patlu
A large number of 90s and 2000s Indian kids were raised on Japanese cartoons. Now, the tables have turned and how. Looks like India is taking up the mantle of net exporter of animation properties. After Chotta Bheem went international, yet another popular Indian animation ‘Motu Patlu’ is heading for greener pastures.

Cosmos Maya, the creators of Motu Patlu are now planning to capture a share of China’s $29 billion animation industry.

“We have 4-5 new shows under production for China. I strongly believe that both India and China have similar culture, family values, and lifestyle,” said Suhas Kadav, Chief Creative Officer, Cosmos Maya to Business Insider India in an interview.
AdvertisementThe idea behind the shows is to weave in moral values into the cartoons. This might find takers in China as, like in India, families in both the countries want their children to watch shows under parental supervision. “Hence Chinese people have some inclination towards Indian content,” explains Suhas.

As it's population grows, the Chinese entertainment industry too is expected to overtake the US as the world’s biggest box office in 2020. China has over 800 million internet users, out of which 300 million users consume video actively on various platforms including iQiyim,Youku, and Tencent.

China’s animation industry is expected to swell to $54.3 billion by 2025, according to The “Global and China Animation Industry Report.

Advertisement
“Our series Baapu is an international boom and our youtube channel Wow Kidz has around 12 million subscribers,'' said Suhas Kadav.

The Growth of Motu Patlu


Motu Patlu is a classic Indian series on the same lines as Laurel and Hardy. Two best friends Motu and Patlu constantly run into trouble, and are subsequently chased by a police officer. The show reportedly garnered more than three million views on WowKidz, Cosmos Mayas’ and Youtube India in 2018. Advertisement
It also has a first mover advantage. “At the time we began our Motu Patlu series, there were hardly any animation studios making Indian content. The only Indian show I remember is Chota Bheem that marked its journey on television in 2008,” said Suhas, who created Motu Patlu in 2011.

He further added, “Motu Patlu has been the top show for more than five years. The shows growth also led to the growth of Nickelodeon in India. When we partnered with Nickelodeon it ranked fifth but it became No. 1 cartoon channel soon after the launch of Motu Patlu.”

Anish Mehta, CEO Cosmos Maya, had earlier told The Hindu that the show is their biggest property and they look forward to more viewership in 2019. Cosmos Maya is thinking of venturing into virtual reality soon.

“The business for VR in India is being analysed and the current trends paint a good picture,” he said. Advertisement
In April 2018, Singapore-based equity investor Emerald Media bought a controlling stake in Cosmos Maya for an undisclosed amount. The studio took three new series outside of India to international marketplace. 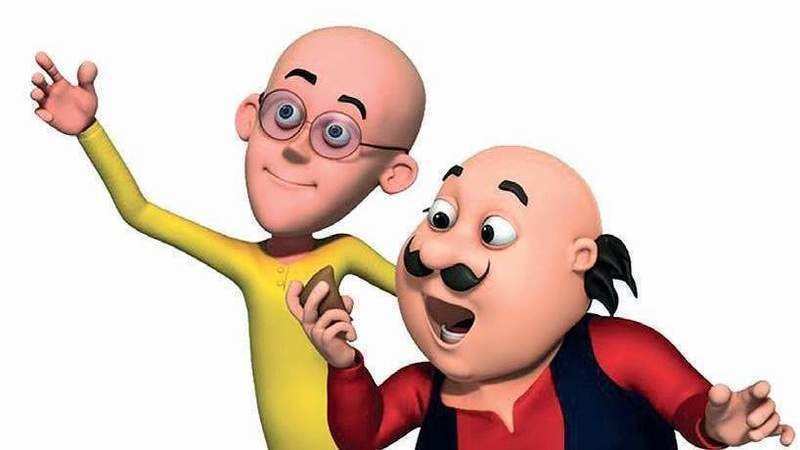