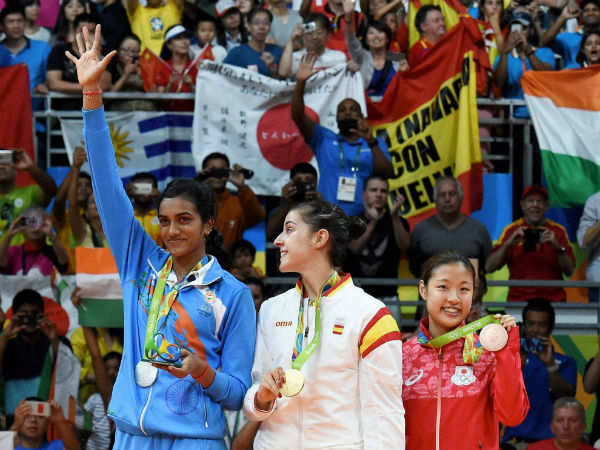 Shuttlers and her opponent have taught everyone an important lesson that everyone should follow-sportsmanship spirit.
Advertisement

Spain’s Marin beat India’s in the high intensity final match at the but the two competitors displayed healthy competition.

After Marin won the game and clinched the gold medal, Sindhu did not sulk or gave a cold shoulder to her opponent. Instead, she walked up to Marin, who threw her racquet, screamed and pumped her fist in the air with excitement and fell to the ground, and congratulated her.

Not only Sindhu but Marin also displayed true sportsmanship as she watched Sindhu enjoying her moment during medal ceremony, a photo which went viral on social media.

Advertisement
Nowadays, healthy competition is hard to see with rising competition. But, it does exist.

You don’t have to be rude to someone just because they are your competitors. A healthy co-worker relationship can make your life easy and les guilt free.

Here are some ways you can maintain good relationships at workplace:
NewsletterSIMPLY PUT - where we join the dots to inform and inspire you. Sign up for a weekly brief collating many news items into one untangled thought delivered straight to your mailbox.
CAPTCHA: