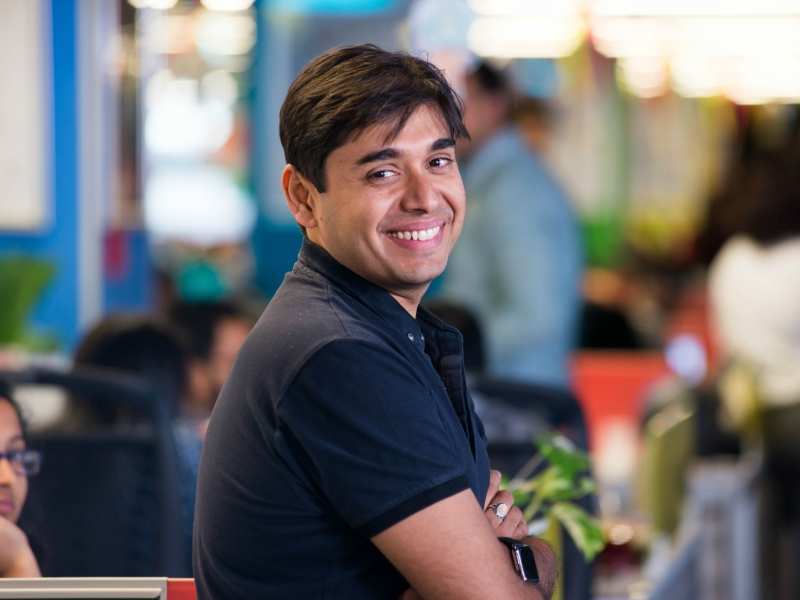 Top DealsView all Offers
Fashion
Furniture
PC & Laptops
Grocery
Large Appliances
TV
Amazon Devices
He was in one of the panel discussions at the Startup Standup India event, and held nothing back. This 38-year-old stood out as he called a spade a spade, and we knew we had our man.

Few days later, after the hullaballoo of Modi’s startup event faded, we chatted up a storm with this Indian entrepreneur, and it was about startups, VCs and the Bubble!

On Startup Policy: ‘Overall, I am happy.’
Advertisement
This is the first time that the government has recognized startups and what they can do. One can always come back and say that the policy can be significantly improved, etc.

Overall, I am happy. It’s up to the industry to work with the government to sharpen these policies.

On what’s needed to get startups to list in India: ‘Disclosure norms have to be relaxed’
Advertisement
In reality there are two problems. One is the size of the potential investment market. One has to think if it makes sense for Indian investors to invest in Internet stocks. Also, specific policies need to be relaxed. These include disclosure norms on profitability, and so on.

Frankly, I think it’s got a lot to do with the media fallout. Bubbles are created when something positive is happening. People get over- enthusiastic about it and take the tide higher than it should go.
Advertisement

The reality is bubbles are required to create an industry. Some companies, including ours need to deliver the promises they’ve made to investors, and we need to do everything in our ability to do that. If we don’t do a good job collectively, it’ll just be a collective setback for the industry.

Advertisement
On future consolidation: ‘They’d like to fight it out. Let’s see how far the fight goes.’
No, I don’t. Think of it this way, India is a large market where everyone is pumping in their billions.

I don’t see entities necessarily looking for consolidation. They’d like to fight it out. Let’s see how far the fight goes.

Advice to young startups
Advertisement
If you want the perfect time to launch one, this is it. There are problems that entrepreneurs can pick and solve. Money is not a concern. Most importantly, the stigma of failure is now seen as a positive. There’s nothing to lose, just go ahead and do it.