EXCLUSIVE: Kavin Mittal says that Hike likely to have transactions on its platform by the end of 2017 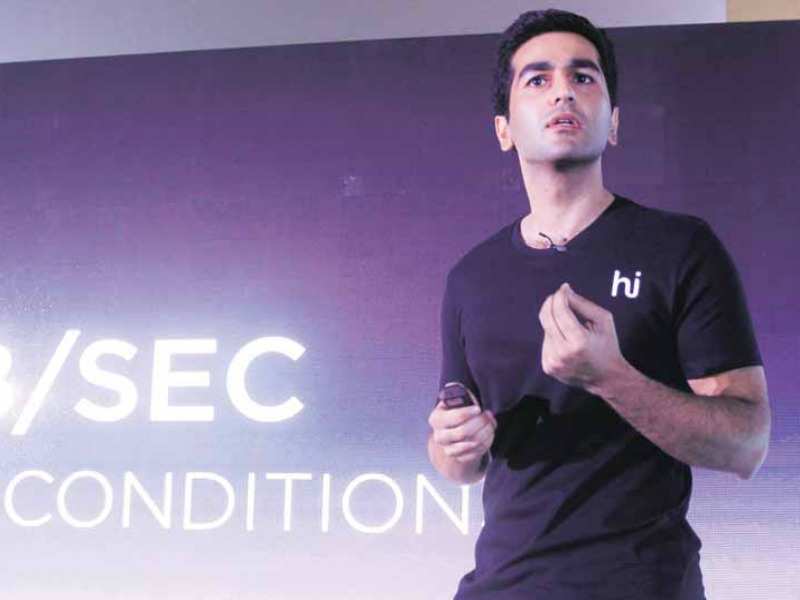 Bharti Mittal, CEO & Founder of Hike Messenger launched new features on the app like Stories, Live filters, and Camera integration to take on Snapchat and other social media platforms.

&lsquo;There&rsquo;s a lot of deep thought behind this idea. Hike is the place where a user can be themselves; We have seen a rise in hidden chats because of that. We hope these features make the product more engaging for our 100 million monthly users.&rsquo; Kavin accepts that they have not seen a rise in the 100 million monthly user base and by launching these features coupled with the rise of 4G, he hopes to get more people on Hike.
Mittal believes that messaging will the change the way you interact with products and services especially in a mobile- first market like India.

Speaking to , he says that the app model is broken,&rsquo;We want to add videos to our platform and add more localized filters. Our users are on the app for 20 minutes on an average in a day, we want them to be engaged.&rsquo;

ALSO READ: Flipkart, Snapdeal , and Shopclues agree: Demonetization has been a boon in disguise
Advertisement

He didn&rsquo;t rule out commerce transactions happening on hike, in the coming future.&rsquo;Social has changed and we are always expectations. Eventually, it will come, we have had this idea for the past five years. We will hopefully get to that end of 2017, right now we want to focus on the social side of things&rsquo;.

He says that consumer tech always happens top-down. He also laments that the data customers are stuck at 180-190 million customers, and that&rsquo;s one of the reasons why they have been consistent with the number of people on the platform.

&lsquo;This is the kind of stuff that brings people online. But most importantly the infrastructure has to get better, even in 4G networks, we don&rsquo;t see the speed we should be seeing. The promises of 20 Mb/sec become 1 Mb/sec, which is not good for any of us. Our focus is to build a great app for 4G, around 20% of our users are already using 4G.&rsquo;