Exclusive: Siddharth Roy Kapur, Managing Director of Disney India spills the beans on why everyone must watch Beauty and the Beast 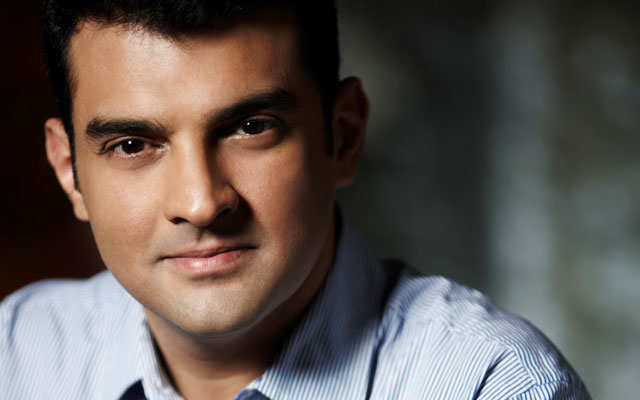 Disney India brought Beauty and the Beast, our favourite classic and the longest running first to Mumbai, where it received a thundering reception with sold out shows and followed it up with ten shows in Delhi.

From December 19 to December 27, the capital will witness the musical adaptation of that promises to be an experience like no other, with 3D sets, swiveling chairs to give a 360 degree immersive experience and a talented cast that will leave one spellbound.
Advertisement While audiences are flocking Thyagaraj Stadium to catch a glimpse of this unique modified to taste the Indian sensibilities, Business Insider caught up with , Managing Director of and Producer of Beauty and the Beast to give us an insight into the work that goes behind the scenes of such a large scale production.


What was the initial idea behind bringing Beauty and the Beast to India?

At Disney India, we were looking for an opportunity to create a unique Disney live entertainment experience for families. Our research showed us that urban upper middle-class Indian audiences today are very well travelled and have in fact experienced shows of this nature at some point internationally. Families in India have limited options for magical entertainment and leisure experiences together – watching a movie, shopping in a mall and eating at a restaurant comprises the sum and substance of what is on offer. They have the inclination to explore newer experiences and the ability to spend on them too, but these experiences have not been available to them. We intended to fill that void. You can call this an experiment from the perspective that we were testing the waters, as something of this size and scale hasn’t been done in India before, but based on our understanding of the market we really did believe that Live Entertainment can help fill the void of entertainment options for families in the country.
Advertisement

Why Beauty and Beast and not any other Disney classic?

We decided to go ahead with Beauty and the Beast as our first Broadway-style musical in India for multiple reasons. Beauty and the Beast has been our first show for entry into Live Entertainment in most markets. In the US we made our Broadway debut with this show and subsequently in over 28 countries too, so it’s like a good luck charm for us now. However more importantly it is a simple and beautiful love story with the core themes of love and redemption, which resonate well across all cultures. The success of the film, the popular songs and characters and the familiarity of the story amongst Indian audiences also played a crucial role in making this our first choice.

The musical production received an overwhelming response in Mumbai. What do you think clicked? Advertisement
I think it was a mix of multiple elements that worked for us. Firstly, people were amazed with the scale and uniqueness we had put together in the show as they had really not seen something like this before. The show had many firsts to its credit. On an average a musical show on Broadway or the West End has not more than 30-40 artists on stage, here we have more than 100 local performers, making it the biggest production of Beauty and the Beast globally. Even in the way we envisaged the seating with swivel chairs for the audience to enjoy a 360 degree view of the show as the action plays out around them, created a very immersive experience. To bring alive the story, we used advanced technology through luminous stage and sets, which further enhanced the grandeur of the show. This is certainly the biggest production in musical theatre that the country has witnessed and the response from the Mumbai run, with every show sold out, and now the initial positive uptake from Delhi is quite overwhelming.

What would you say was one of the biggest challenge on this journey?

Finding the perfect venue was a hurdle initially, given the scale at which we had envisioned the set-up of the musical; but our venues – Dome@NSCI, SVP Worli in Mumbai and Thyagraj Sports Complex in Delhi, both mini arenas, gave us the sort of freedom to be able to experiment with the format, which has never been done before anywhere in the world. What was a challenge finally turned out to be a great opportunity and our vision paid off. Advertisement
Do you think live entertainment should play a larger role in India?

Our research clearly shows that the Indian audience is ready for large-scale family entertainment in the country. Also music is such an inherent part of our culture that it almost seems like a no brainer that musical theatre will be a huge hit in India. So I believe that live entertainment could play a larger role in the Indian context. There are no challenges as such, but if I had to pinpoint any it would be lack of venues in the country to house a show of scale. 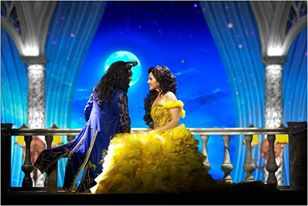 Advertisement
Talking of challenges, what were the few challenges you faced while working on ensuring the musical production suits Indian sensibilities?

Our idea since day one was to create a unique experience for Indian families, so instead of going for a traveling show we were clear that we wanted to make a completely local production. We have since them embarked on an interesting journey of firstly putting together the creative team which would bring this show to life and then went on to put together the best on stage talent for the show. There was a thorough audition process held across 5 cities in India where there were over 1,000 physical auditions held from a total of 8000 entries received. As we don’t have existing trained talent for musicals in the country we really picked raw talent and have invested in honing their skills in the past few months. Dance and vocal training has been part of their daily routine in preparation for the show. The venues as I earlier mentioned was a challenge which eventually has worked really well.

Why not a Hindi Beauty and the Beast, considering you’re aiming at an audience that lives and breathes Hindi movies? Advertisement
Beauty and the Beast is a classic and we wanted to present it to the Indian audiences in its original language. Also English is the first or second language for millions in our country, unlike many other countries.

The 1000 physical auditions for Beauty and the Beast have thrown up so many new talents. What do you have to say on that?

When we started with our auditions even we had not expected such a positive response as we were looking at very specific talent that could sing, dance and act. Considering there is practically a non-existent ecosystem for such talent, we were amazed with the talent we came across. India certainly has a great pool of talent and it is up to companies like ours to nurture and hone their skills. Advertisement
What can we expect next from Disney India?

We are absolutely delighted with the response from the audiences in both Mumbai and Delhi. We would definitely love to bring them more such experiences 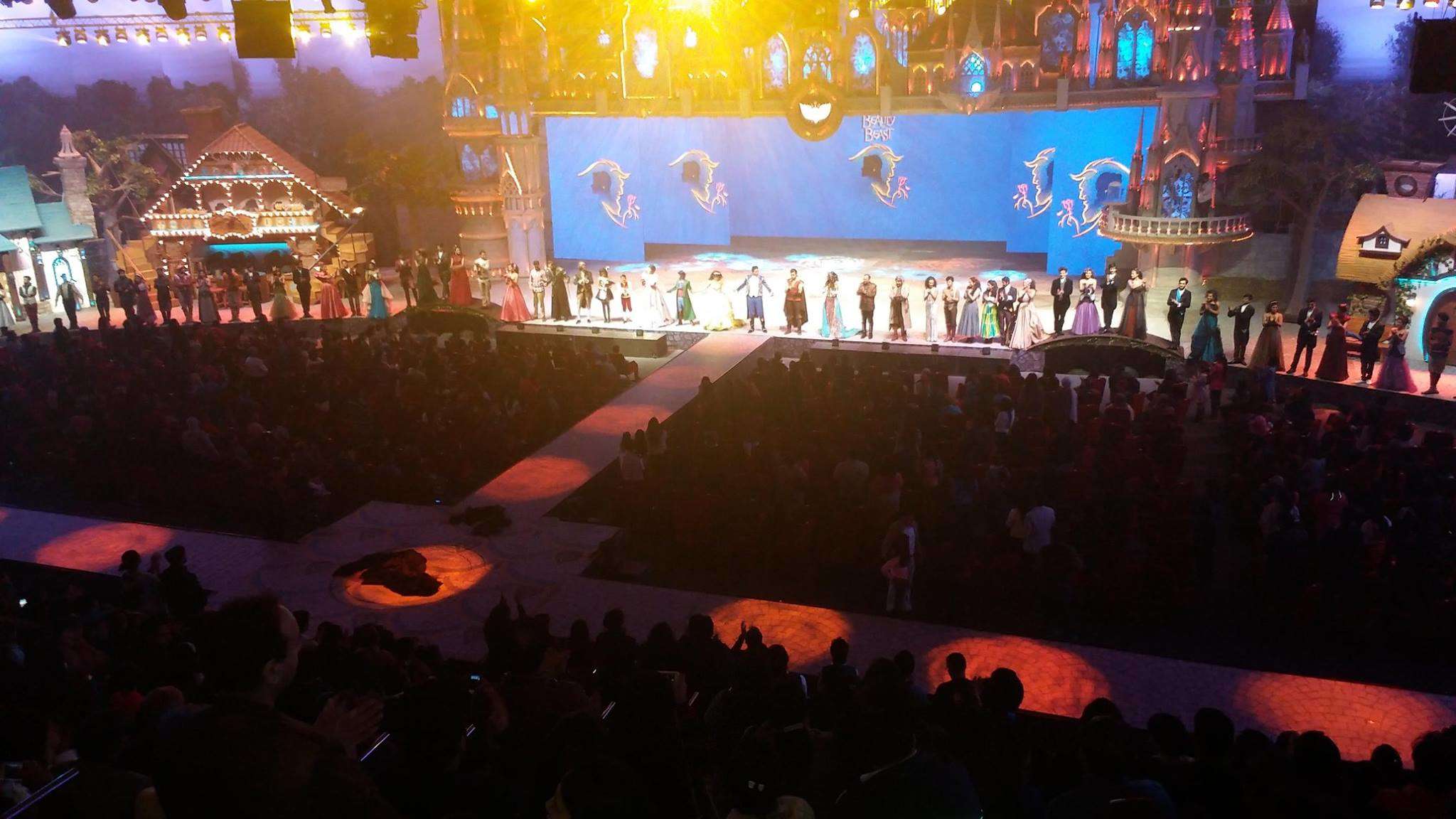