Exclusive: “What happened to Maggi could happen to anyone” says Harsh Mariwala commenting on India’s complex food laws 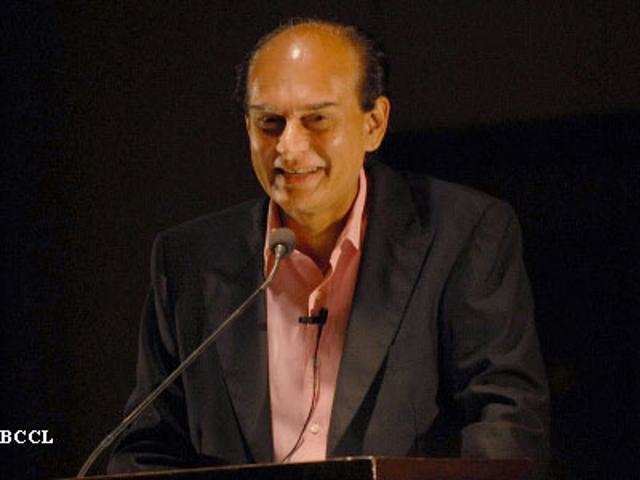 , the 63-year old patriarch of Marico Ltd, is a man of many beliefs-the foremost being in the art of letting go and reinvention.

He revolutionized the Indian FMCG sector with his consumer goods company Marico, where he has been calling the shots since 1990. Earlier known as Bombay Oil Industries, the family-owned business came to be christened as Ltd under Mariwala’s presence who knew he had to change with the times and carve a niche for himself.

With newer strategies and innovations, he ensured Marico Ltd not only dominated the market but also inculcated ‘innovating’ as their inherent company culture.

Citing an example, he reminisces about how was initially sold in tin cans. The challenge at hand was to sell the oil in plastic as it was cheaper, but retailers were vehemently against the idea as it had been tested before and had failed mainly because it caused spillage.

Advertisement
“We didn’t take no for an answer. We were at it until we proved that the product remained intact. It took us close to 10 years to convert the market from tin to plastic- and in the process our market share rose too.”

That was however, not the end of the road for them.

“Then came winters and we realized that we had to find an alternative because coconut oil freezes in winter. So, we again innovated and came up with an easy jar. To ward off copycats, we relied on technology and the result was thus- a pilfer-proof fliptop,” he says.

But, reinventing also comes with the price of letting go, and Mariwala was quick to understand that.

“The problem with family-owned businesses in India is they do not look at the bigger picture,” he states, adding that it’s only fair that they professionalize with time so that their growth is not restricted.

Advertisement
Keeping in line with this view, Mariwala stepped down as the company’s Managing Director and handed over the reins to CEO Saugata Gupta in April last year.

Though Marico is one of the rare family-owned businesses in India where professionals are well-entrenched, the veteran feels that such a scenario is inevitable, though not without its fair share of hiccups.

“The challenges to this are many. You have to ensure a work culture that is encouraging and appreciating, but in return you also get the reward of employees who care about the organization as their own. The real task is however to sync the founder’s mentality with that of the employees. Every day is a work towards building the path towards a successor pipeline,” he admits.

That’s not all; he also thinks it’s very important for businesses to get professional help. “As one’s business expands, it’s imperative that one recruits the right talent, what with the many disruptions happening worldwide. And, there’s no better way to do that than by seeking outside expert help. It’s time to destroy the traditional forms of doing business.”

The fact that the customers have evolved and have become more demanding is more reason why businesses should ditch traditional methods, he believes.

Advertisement
“Take the example of edible oils, for instance. It started with loose oils, then customers wanted filter, packed and refined oil and ultimately now blended and butter-substitute oils are the norm,” he adds, highlighting how sacrosanct it is for a business to keep innovating.

When asked why is it that most Indian businesses fighting for recognition in the FMGC sector don’t rank very high on innovation, Mariwala feels that to some extent, India’s complex food laws are to be held accountable for that.

“There’s a vast difference between how food laws are implemented and how they are regulated, in real life. It’s thus very important that food regulators work in tandem with food operators. What happened to Maggi could happen to anyone. But, it could also have been easily avoided,” he feels.

Ask him what should entrepreneurs do differently and Mariwala, who's also a part of the Young President Organisation(YPO) has a quick tip, “90% of running a successful business in identifying your right to win- something that your competition doesn’t have. It could be anything from a business model to a certain technology. Once you have that figured out, everything just falls in place, with a little bit of work,” he concludes.