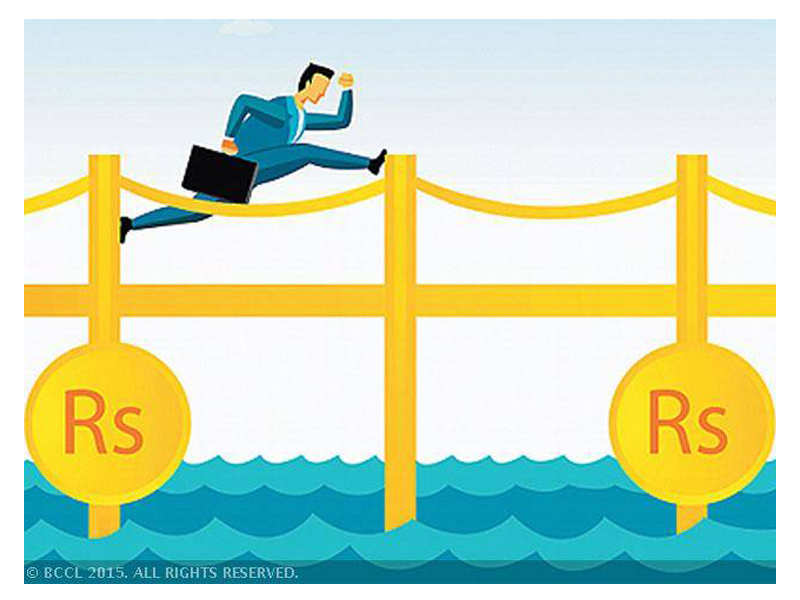 Ronald Reagan had once said that "Government's view of the could be summed up in a few short phrases: If it moves, tax it. If it keeps moving, regulate it. And if it stops moving, subsidize it." While the idea of a flawless economy is nothing but a Utopian concept, we can surely strive hard towards making it as perfect as possible. And for that, an active participation from every sector is required.
Advertisement

The truth remains, that a steady flow of investment and businesses are the ultimate parameters to measure a good economy. And with the world getting smaller due to globalization, a newfound sense of interdependence has engulfed us. The line between a buyer and a seller has blurred as the terms have become inter-changeable.

The term ' Sharing Economy' in itself is pretty self-explanatory. A state of synergic consumption, signifies a scenario whereby people rent and borrow stuff for productive purposes rather than buying and owning them. It also grants anybody the power to become a seller. It enables you to make a better utilization of things that would've otherwise been lying useless in your house.

Perhaps the biggest catalyst that has propelled sharing economy to a rage it has become today is technology.

Technology has brought people closer. Our smartphones have become our supermarkets. They have enabled us to buy/rent/sell anything anywhere. Technology has, yet again, rendered the middleman useless.

Advertisement
Websites like eBay, and Craigslist are by products of this very sharing economy. Even though their approach might be different, they follow the same pattern. That of bringing together the buyers and the sellers.

The problem is that currently, the sharing economy model is in vogue. Which means, that an cannot afford to be very different from the rest. Some might even argue that a sharing economy might be breeding homogeneity but then 110 million people beg to differ. Yes, that's the number of North Americans who're following a shared economy right now. And mind you, that figure will only escalate in the next few years.

Two of the biggest economies in the world are also two of the biggest emerging players in the sharing economy landscape. How has India responded to the concept of collaborative consumption? Has it embraced the very idea of a buyer becoming a subsequent seller? The answer is yes.

Uber has already entered the and taken the cab service sector by storm. OLX has a dedicated fan following in India with the company spending millions on advertisements and publicity re-instating the fact that anybody can be a seller.

Advertisement
Online portals such as Sharing dais have provided budding chefs a chance to market their culinary skills by selling home cooked food from the comfort of their homes.

Websites like Aalizwel allow students to sell off their past semester books and do good business. In short, India has welcomed the concept of sharing economy with open arms.

Similarly, the state of sharing economy in China can be measured from the fact that Uber derives a major chunk of its from China.

With Apple having sold more iPhones in China than in the U.S.A this year, a majority of the population is hooked to smartphones and the subsequent apps. Having no dearth of manpower, China has used the concept of sharing economy to its benefit.

Everybody, from major restaurants to car washers have registered themselves on various apps. It's indeed a win-win situation when you can find anything you want at the drop of a hat. Since it is also boosting employment, nobody's complaining.

Advertisement
By now, it's pretty clear that sharing economy demands that one needs to share one's resources. But what about the competition? Surely, you cannot share your resources with your competitors now, can you? After all, your progress is a direct consequence of the exclusive resources you have. And for you to have an advantage over your competitors, your resources need to stay with you, right?

Believe it or not, some of the biggest names in the world have taken the unprecedented step of sharing their resources with their competitors! Take for example the Elon Musk driven Tesla Motors Inc. The electric car making giant is actually sharing its patented technology with its competitors for the sake of a quicker acceptance of electric cars.

The message is clear. There are no enemies or competitors in a sharing economy. There are only allies.

Advertisement
The message to all the traditional businesses out there is loud and clear- Adapt, or perish. For traditional businesses to stay afloat, its crucial for them to share their assets. Some might prefer to roll over and die, refusing to adapt to this new way of doing business. However, some might also make technology their trusted ally and fight the tide to emerge victorious.


But while on one hand, sharing economy brings people closer, it can also mean a decline in wages to the workers. Another challenge that stands tall is the paucity of skilled labor. However, since it primarily functions online, it also has an added advantage of having a global audience at its disposal.

While many people are hell bent on writing off the concept of a shared economy, truth remains that it is a growing phenomena. Perhaps the only ingredient more important than technology for its smooth functioning is a healthy level of trust between the buyer and the seller. Maybe that's why, it's also called a Peer-to-Peer (P2P) economy. Technology has made it very convenient. Agreed, right now, only big players like eBay, Craigslist and Uber rule the roost but that should not deter upcoming players from stepping into the arena.

Similarly, established companies too must not dwell into a comfort zone. Their legacy might be old, but the medium is new. And in this medium, positive online reviews can make or mar you.

Let's rejoice for the fact that it's a level playing field. May the hardest workers win!
Advertisement