Fawad Khan Is Back With Humsafar. And Then There Are Other Upcoming Shows On Zindagi 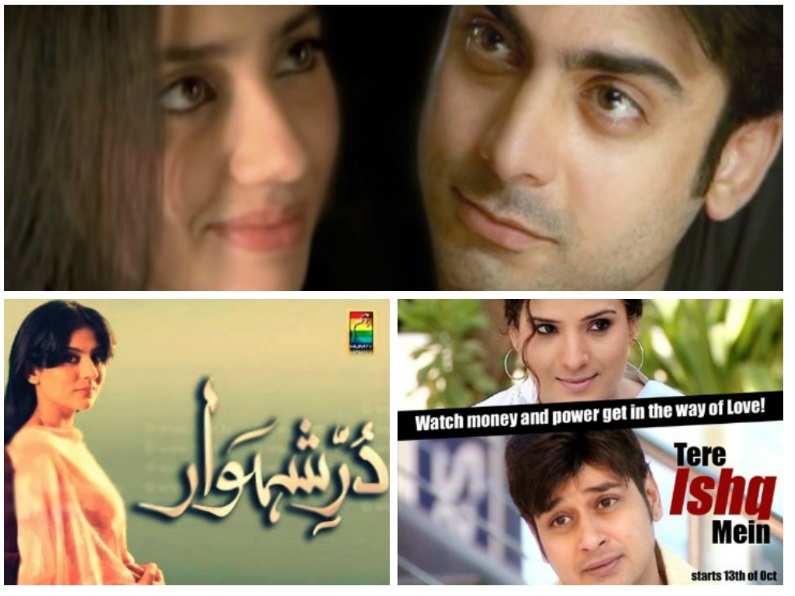 Ever since its release, channel has received love of one and all. Right from the oh-so-romantic to the oh-so-funny , Indian audiences are appreciating each and every show on the channel.

Pakistani shows generally last for 6-7 months on Pakistan TV as they telecast them weekly, but because Zindagi runs them as daily soaps, they get over within a month—leaving the audience wanting for more.

Here are three other shows that will be aired next on Zindagi.

1.
A story of a positive emotion like love and a negative one like greed, Tere Ishq Mein is an unforgettable tale of the heavy price that one ends up paying when they love someone selflessly. It aired in Pakistan in 2007 as Man-O-Salwa, and is based on a popular novel of the same name. The author of the novel is Umera Ahmed, who also penned down Zindagi Gulzar Hai. This novel was later made into a hit show of the same name, starring Fawad Afzal Khan and , and was the first serial that Zindagi telecasted. The serial begins tonight at 10:15 PM, making Kitni Girhain Baaki Hain into a weekly show (will get telecast on Sundays only).
Advertisement

2.
Now this is something that Fawad Afzal Khan’s have been waiting for long, especially after his character of Zaroon Junaid in Zindagi Gulazar Hai took the whole country, and especially girls, by storm. One of the highest-rated dramas of Pakistan, the show revolves around two people who fall in love after marriage. Starring Fawad and , the hit show was telecast in Pakistan from September 2011 to March 2012, and is based on a novel by the same name, written by Farhat Ishtiaq. The serial would begin from tomorrow 8 PM and would replace Mera Naseeb, which stars Sanam Saeed and .

3.
Bringing back to Indian television, this serial was telecast in Pakistan as Durr-e-Shehwar from March to June 2012. It follows the journey of Durr-e-Shehwar, a young lady who comes over enough turbulence only to find her daughter standing on similar crossroads later in life. The show stars Sanam Baloch as the young Durr-e-Shehwar and , last seen in Mera Naseeb, as the elder Durr-e-Shehwar. The show’s name has most probably been changed to suit the Indian audience. The date of telecast has not been decided yet, and the show would most likely replace Yeh Shaadi Nahin Ho Sakti once the family comedy series ends in the coming few days.

Image Courtesy Zindagi and Talksoap.
NewsletterSIMPLY PUT - where we join the dots to inform and inspire you. Sign up for a weekly brief collating many news items into one untangled thought delivered straight to your mailbox.
CAPTCHA: