Advertisement
Prabhjote Gill
May 6, 2020, 12:07 IST
Bank of America downgrades the rating for India's biggest bank, the State Bank of India (SBI)BCCL
Advertisement
Indian banks had barely cleaned up the massive pile of unpaid loans from the country’s corporates, the coronavirus pandemic is barrelling into an economic crisis that may bring a fresh wave of non-performing assets (NPA) ⁠— this time from the small borrowers.

Bank of America (BoA) has downgraded the earnings estimates for four of the biggest banks in India ⁠— the State Bank of India (SBI), Bank of Baroda, IndusInd Bank and ICICI Bank.

This is what Vijay Shekhar Sharma, the billionaire founder of Alibaba-backed Paytm, described as the ‘biggest nightmare’ of 2020 in an exclusive chat with Business Insider on April 10.

Advertisement
SBI, part of the Fortune 500 list, saw the biggest slash in rating, from being a stock that people should buy to a stock that’s now expected to underperform alongside Bank of Baroda (BoB).

Even IndusInd Bank, where more than 90% of the customers have chosen not to opt for the Reserve Bank of India’s (RBI) three-month moratorium on repayments has been downgraded to neutral — the same as ICICI Bank.

The only bank which managed to avoid a cut is HDFC Bank — the equity that BoA maintains a ‘buy’ rating for in the sector.

However, BoA isn’t the only one to lower its expectations. UBS also cut its estimates after banking shares dipped by over 30% in April. This was followed by CLSA slashing the target price on banks by up to 70%.

These are the Indian banks with the maximum amount of loans to small borrowers whose livelihoods, and therefore the ability to repay loans, have come into question.
Advertisement
Proportions are based on total loan book (Source: PhilipCapital)

The rising bad loans are likely to spillover beyond banks as well. “Every company that was built on unsecured credit, every fintech — I can say this is going to be the biggest nightmare of 2020,” Paytm founder Vijay Shekhar Sharma told Business Insider India.


Experts believe that most fintech lending companies that hold non-banking financial company (NFBC) licenses will take a significant hit as a result of the coronavirus crisis — especially since they don’t fall into the RBI’s offer of the three-month moratorium on repayments.

The RBI reduced the reverse repo rate to increase liquidity for NBFCs but that only solves one part of the problem. “There is a moratorium, but even after that, people will not have money to pay. So there will a pass credit rating discount which will happen in this country,” Sharma predicted.
Advertisement
Startup NBFCs were booming in 2019 with as many as 69 companies garnering $593 million of capital and now both the companies and the investors are staring at a possible spike in bad loans. Indian banks already have a massive pile of bad loans amounting to over ₹9 lakh crore at last count.

“There should be a moratorium on credit ratings also,” said Kanchan Gupta from the Observer Research Foundation (ORF), in agreement with Paytm’s Sharma.

With cash flow drying up as people struggle to repay their loans and investors shy away from loosening their purse strings, it’s not just banks, even fintech startups are going to get hit on both sides of their balance sheets.

See also:
SBI, India's largest bank, is only worth a third of HDFC Bank — and the COVID-19 lockdown is making it bleed even more 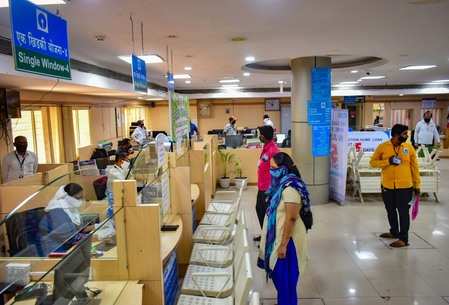 Next StoryWhy Congress' own economists predict 15 million unemployed in 2021
BI Exclusive
Union Budget 2023 And Markets | Key Expectations
Budget 2023: FinTechs seek clarity on Digital Banking Licenses
Budget 2023: The need of clarity on ESOPs taxation
Budget 2023: What does the budget have in store for FinTechs
Budget 2023: What's in store for the infrastructure sector?
Infra Spending - The budget 2023 wishlist
Advertisement
Popular on BI
Latest Stories
View All Latest
Trending News
Buying Guides
Advertisement
Why Congress' own economists predict 15 million unemployed in 2021
This is the 19-slide pitch deck two 22-year-olds used to nab $57 million in funding from Silicon Valley
JPMorgan and Goldman Sachs-backed Members Exchange just got a green light from the SEC to go head-to-head with giants like NYSE and Nasdaq
Popular Categories
Trending Right Now